The project is set to challenge the automatic and habitual reaction to our everyday object’s forms and functions by re-examining aspects of the domestic environment, with a particular focus on the surface

The unconventional form deviates from convention by introduce unfamiliar patterns of usability, which require the user to readjust their expectations and invoke encounters to find a way to relate to them in a personal and unique way.

This idea expressed through a system that consist of three basic component groups: base metal frame that will hold the mesh boxes with a series of multi-purpose accessories. The system suggesting a catalogue of possibilities to be explored by grouping or rotating the mesh boxes according to one’s own needs. 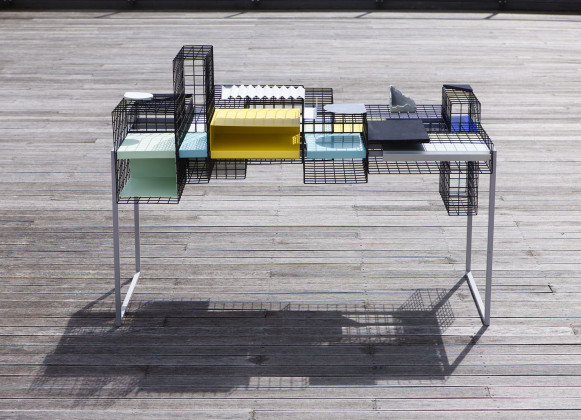 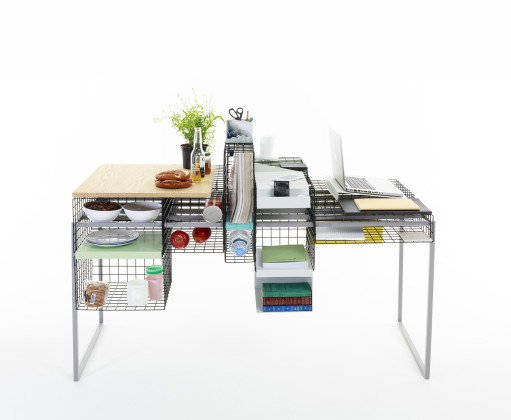 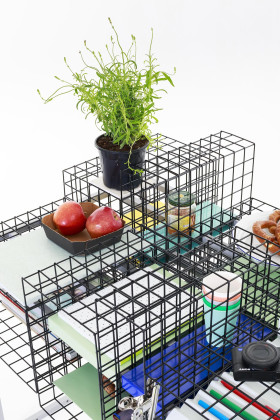 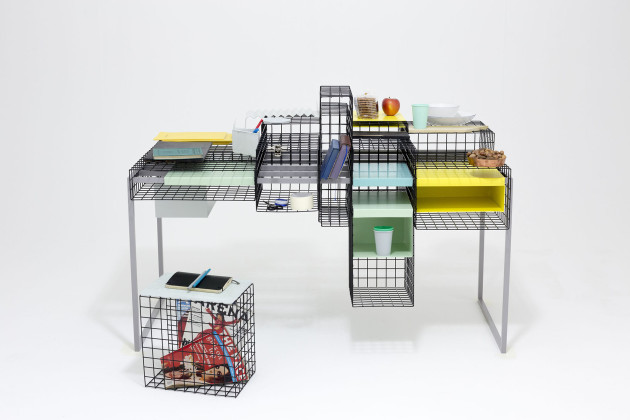 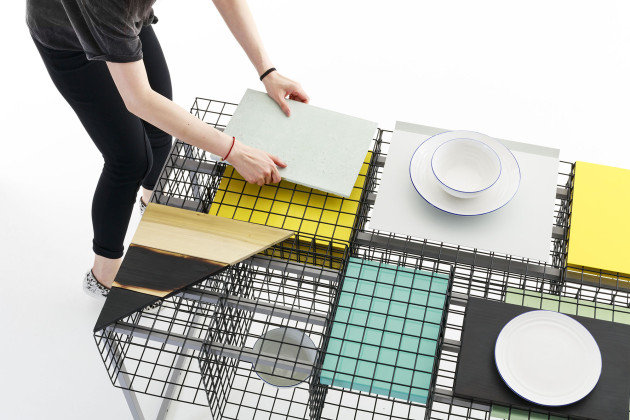 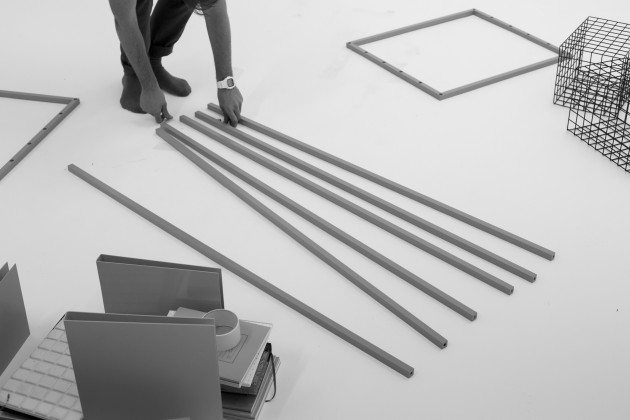 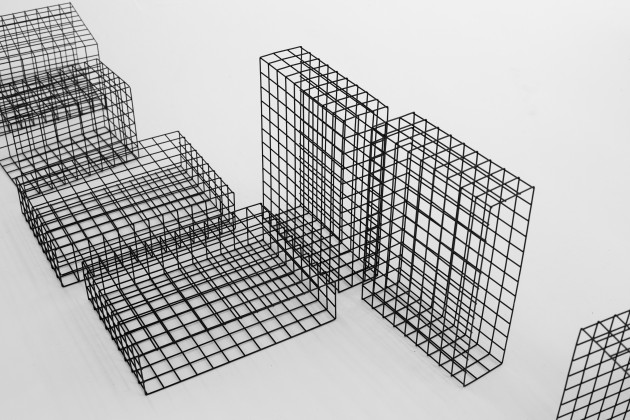 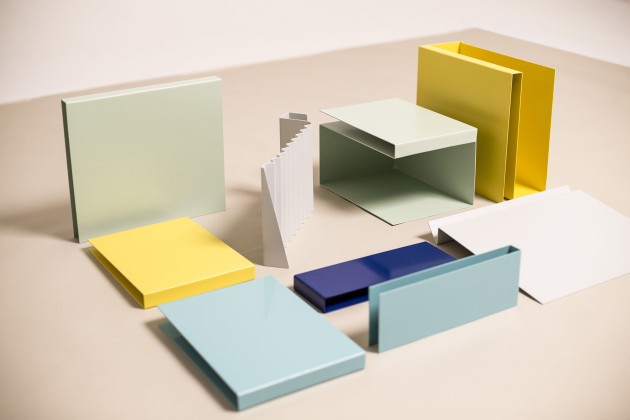 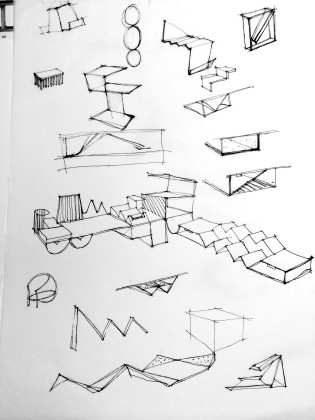 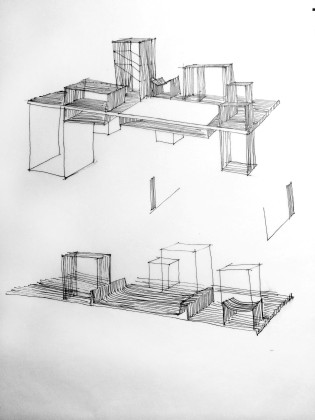 The landscape of gridded surfaces and translucent volumes offer a versatile alternative to the often expansive, static planes of archetypical furniture. 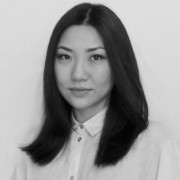 Ying Chang is a London-based product designer with 8+ years experience in conceptual design. Chang received her master’s degree from Royal College of Art in 2014. She worked as conceptual spacial designer in London and Amsterdam between 2005 and 2012 before she have launched her own brand. The works of award-winning designer were exhibited on several occasions.