Tri-fold is designed by Alper Derinboğaz, the co-founder of Salon Architects, for the lobby space of İstanbul’s Volkswagen Arena. The project combines three architectural forms in one design by merging the functions of a suspended roof, wall space and a seating structure

The Tri-fold designed for the lounge of the Volkswagen Arena, reveals a dynamic narrative starting from the ceiling of the lobby down to the interior wall surface and finally down to the floor that at the same time provides a powerful experience of space for its users through an interactive and fluid impact. Alper Derinboğaz, the head of Salon, combines his architectural design with technology in Tri-Fold which is not only a modern installation with its dynamic form that directs spatial movement and its interactive narration integrated to three monitors, but also serving as a seat and an architectural piece integrated with the whole space. 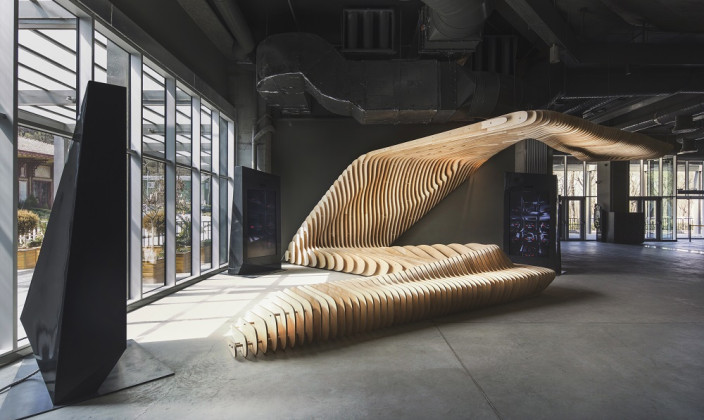 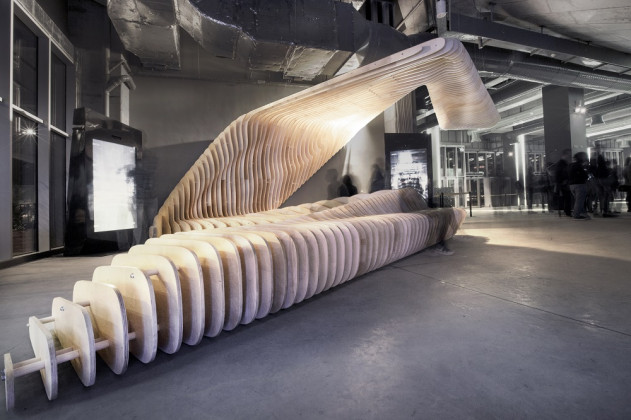 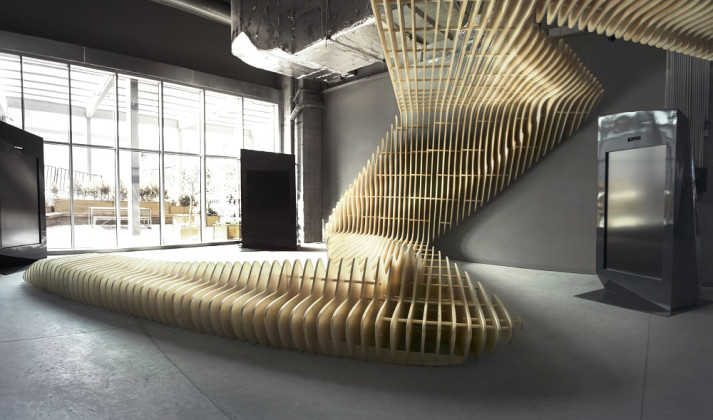 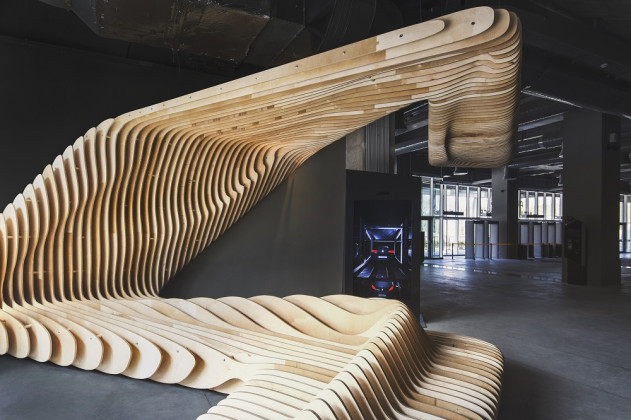 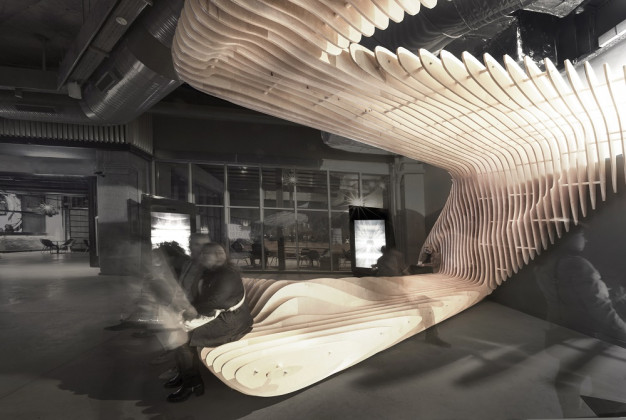 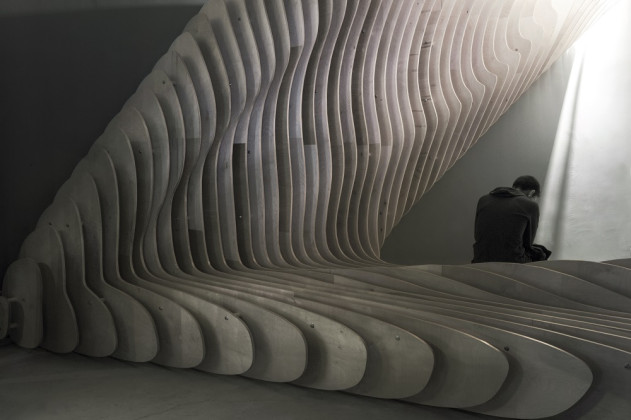 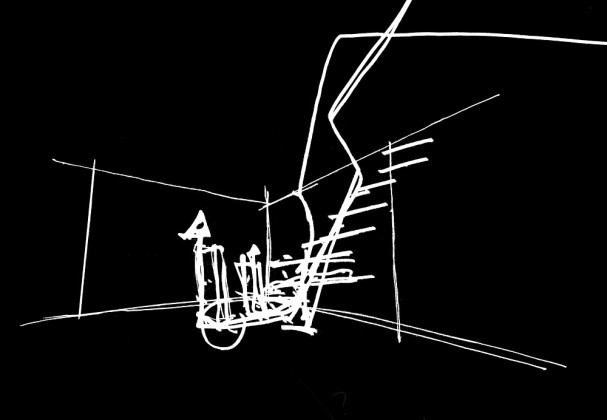 Tri-fold is a corner design which serves as a sitting unit, suspended ceiling and an interior wall surface at the same time. Its structural application was made possible by Magari Masif. A cold material, plywood, is converted into a warm atmosphere with waffle method to control the direction of the space.

“Rather than choosing to become the star of the space, Tri-Fold reveals its existence in quality and also refers to the concept of the space by establishing a dialogue with the same,” said Derinboğaz, describing the value added to lobby space by Tri-Fold.