Located in Levent Istanbul, TFD Office is designed by escapefromsofa in 2021.

A semi-open plan scheme is arranged for the one-storied and 1000 meter-squared law firm project. In spatial organization; while linear workspaces follow each other to define parallelograms, a flow that also expresses hierarchical order is considered. In this sense, a clockwise hierarchical layout is planned, starting with open workspaces and lounge areas, and ending with executive rooms and meeting rooms. 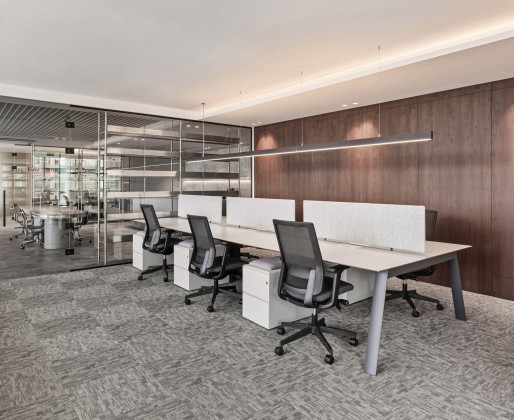 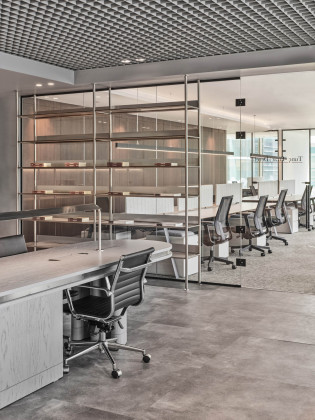 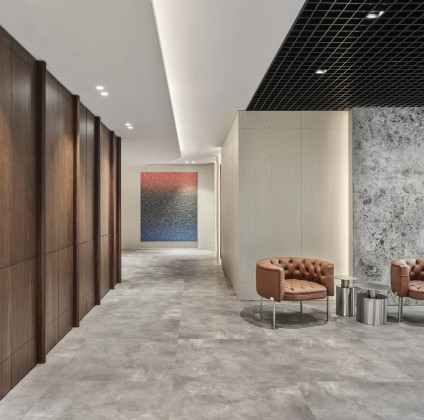 In the project, two separate open workspaces are arranged. The lounge area located between these areas are defined by the open storage units designed by escapefromsofa. In this way, continuity between spaces is created. While the senior lawyer's rooms surrounded the open workspaces on two wings, they also formed the transition areas towards the executive rooms and meeting rooms. Accounting, human resources and assistant rooms are arranged together with the executive rooms, and the reception area is designed to create a relationship with the information counter and meeting rooms. 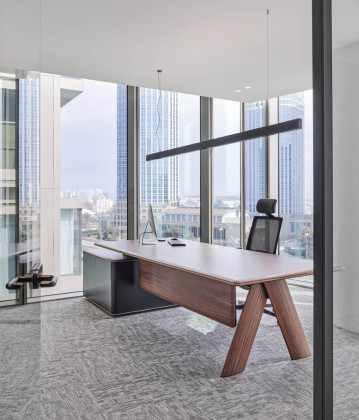 In the project, wood and marble are used together as materials. The marble reception counter, located in the entrance hall and executive rooms, meeting rooms, senior lawyer rooms and the furniture in the lounge area is designed by escapefromsofa.