Diyarbakir, one of the largest cities of Turkey, is located on the southeast region of the country. It is famous with its rich cultural and historical background. Even though the ongoing turmoil in the region is disturbing its population, the city keeps its vibrant life. 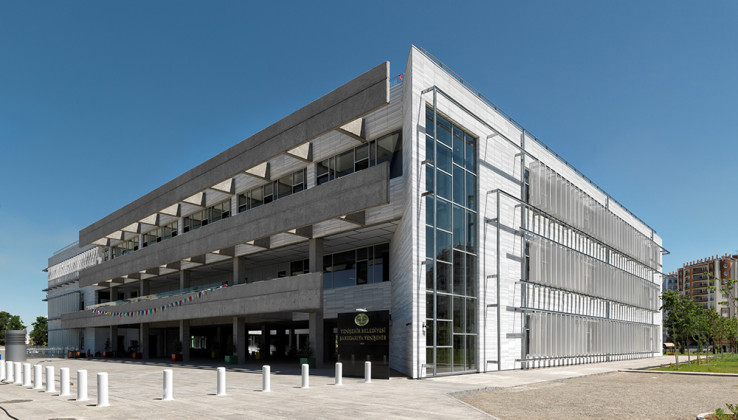 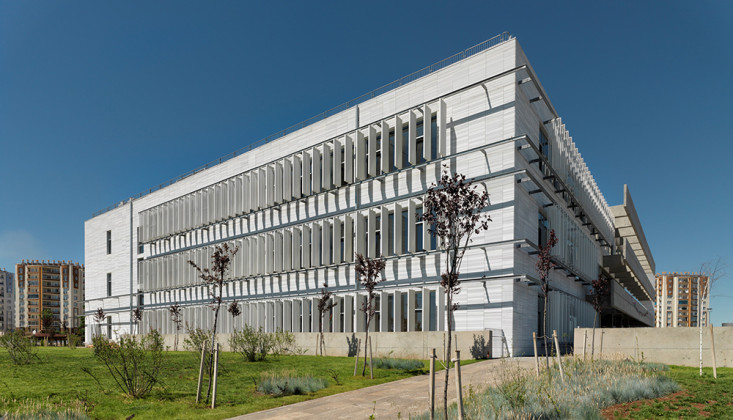 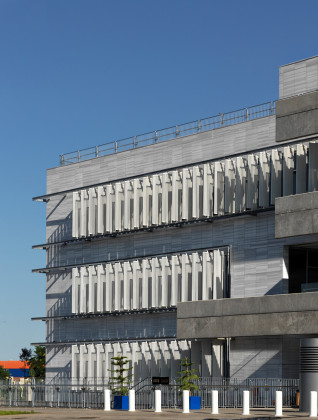 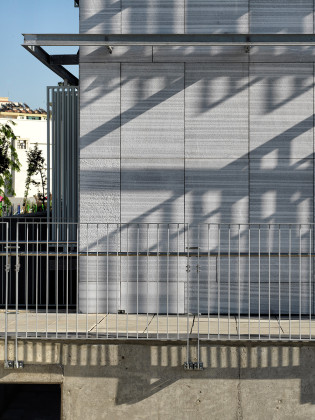 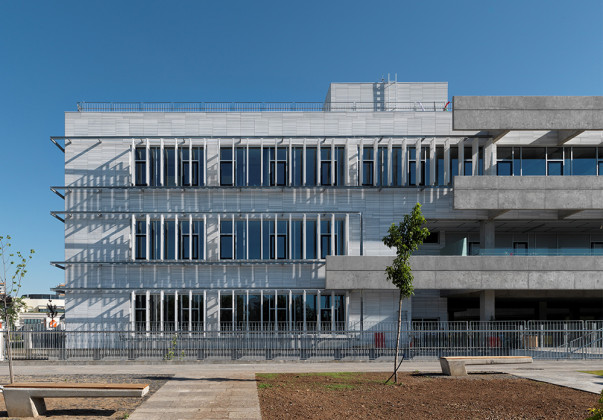 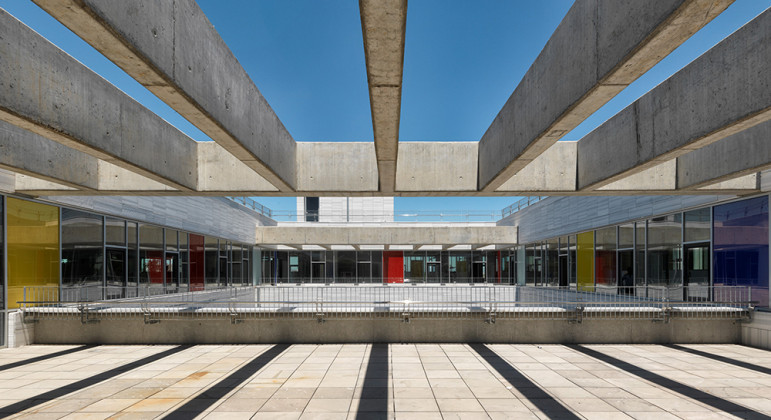 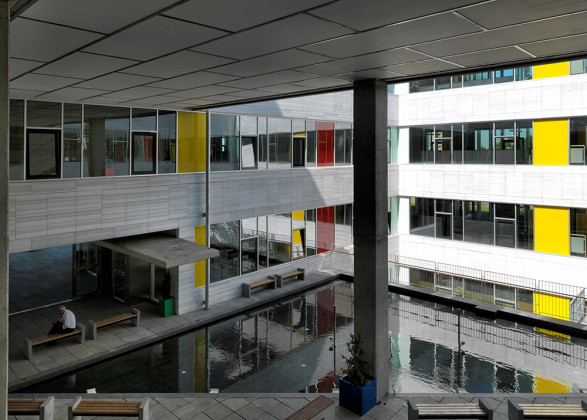 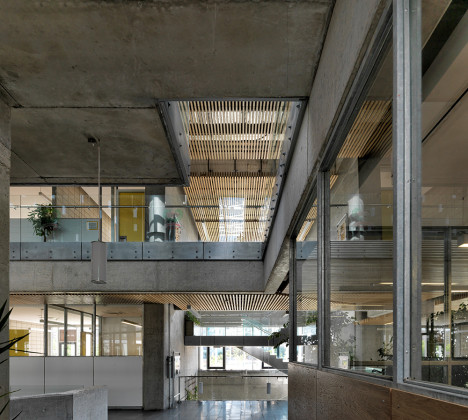 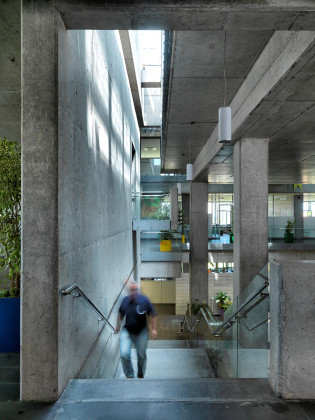 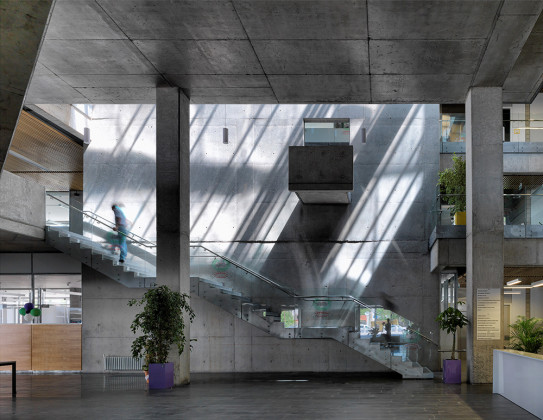 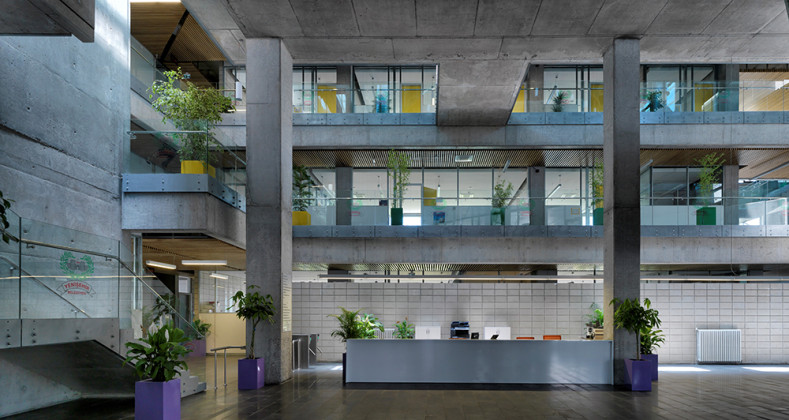 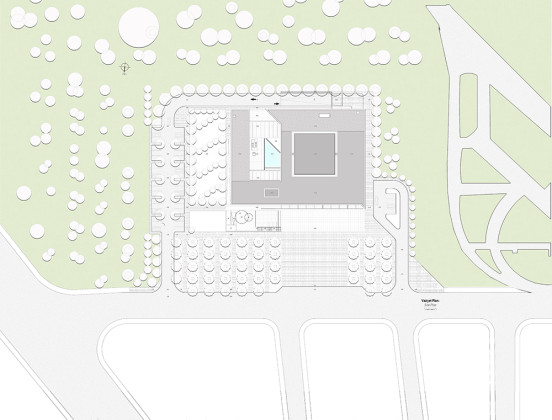 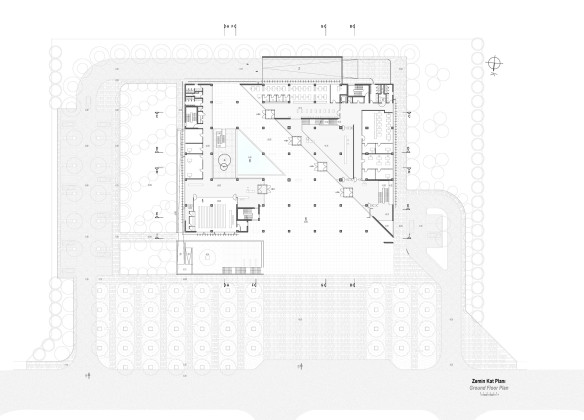 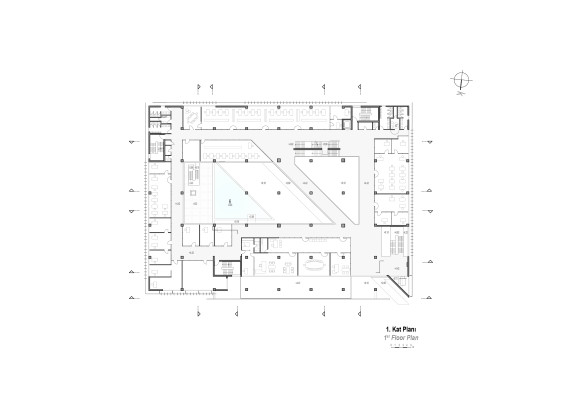 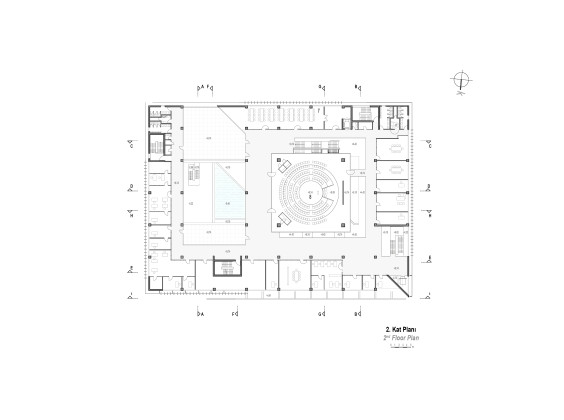 In 2005, Uygur Architects won the national architectural competition organized for the design of the Diyarbakir Yenisehir Municipality’s new building. However the municipality changed the concept and the lot of the building in seven years time and Uygur Architects started to redesign it for the new lot and requirements in 2012. After the redesign, recently finished building opened to public in 2016.

The main design principle was to give the “people’s house” impression with a humble but sober three-storey square building. Interpretation of traditional iwan space to form social spaces on the ground floor was the main spatial gesture.

The diagonally placed public area on the ground floor has a multi functional conference hall attached on the East side while the municipality units used by citizens are located on the west side of this area. These functions create a rich spatial practice for the public thanks to the voids above, providing both shadow and air circulation. The shallow pool in the courtyard is designed as a visual and functional element that supports the microclimate of the space.

Gallery voids on the first floor create visual connections between floors while reflecting the traces of the volumes below. These voids also provide natural air circulation inside the building that is located in a hot climate.

The circular glazed council chamber is an interpretation of transparent and participatory democracy and it acts as the attraction center of the building. The corridors surrounding this hall are connected to the office rooms for the mayor, mayor’s assistants and other officers. A small meeting room and dining hall is also located in this floor.

Vertical sunshades attached to the office facades determine the characteristic appearance of the building. Thanks to these sun-shading elements, the building is easily air-conditioned during the hot days with low energy consumption.

Soft textured white Marmara marble panels cover the whole building’s façade while reflecting harsh sunrays. On the other hand, Diyarbakir basalt, a local natural dark gray stone, is used as floor coverings that contrast with the white façade. The harmonious relationship of the exposed concrete, glass, wood and basalt creates a neutral backdrop for the penetrating sunrays that create spectacles of light and shadow inside the building throughout the day. 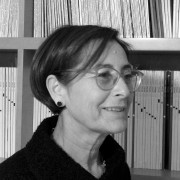 She graduated from Department of Architecture at Middle East Technical University (ODTÜ) in 1980 and received her master’s degree in 1984 at the same university. She worked as a part-time lecturer in the architectural studios at Eskişehir Osmangazi University and ODTÜ. She co-founded Uygur Architects in 1986 together with Özcan Uygur. She is continuing her architectural productions at Uygur Architects with many award winning projects. 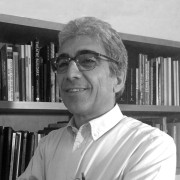 He graduated from Department of Architecture at Middle East Technical University (ODTÜ) in 1980 and completed his MA in 1983 at the same university. He was awarded for numerous projects and also took role as a jury member in different architectural competitions. He is continuing his professional life at Uygur Architects which he co-founded together with Semra Uygur.