Emre Gönlügür writes a piece on T-House project which aims to contribute to the culture of built environment by settling in a pastoral landscape with a combination of wood, glass and concrete

The T-House stands nestled in an olive grove in the Aegean town of Mordogan in Western Turkey. Rather than being a weekend retreat to be occupied occasionally and for short periods of time throughout the year, the T-House is an indication of the owners’ determination to engage with life and ways of doing things in the countryside. It is designed as a family home to be used all year round and thus incorporates generous work and storage areas to accommodate the varied activities the couple absorbs themselves in (curing olives, canning, jam-making, etc.). 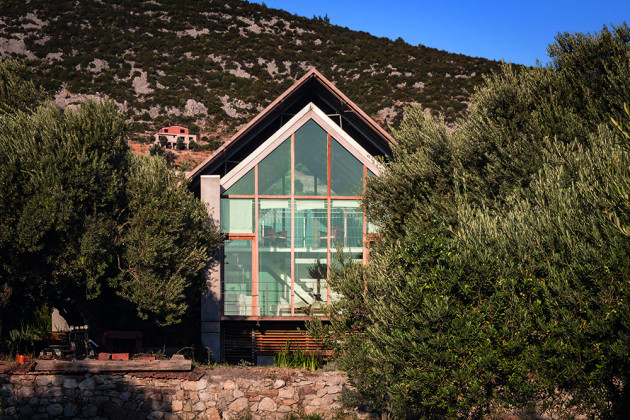 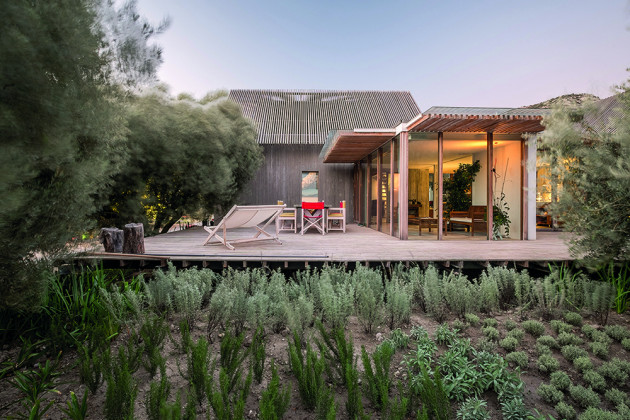 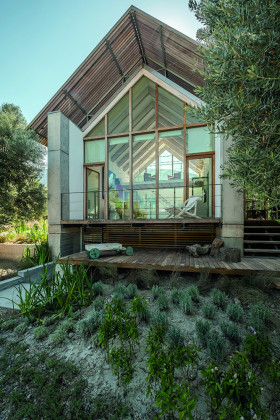 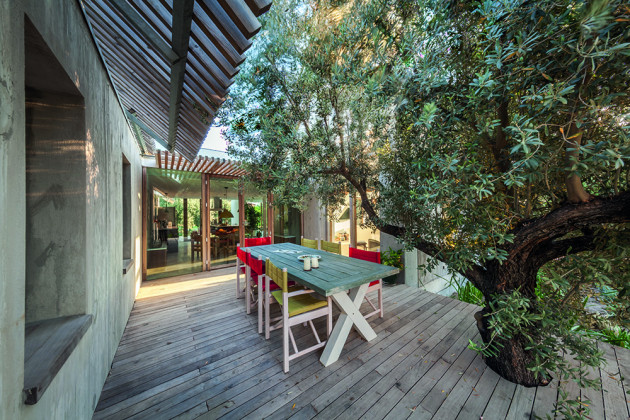 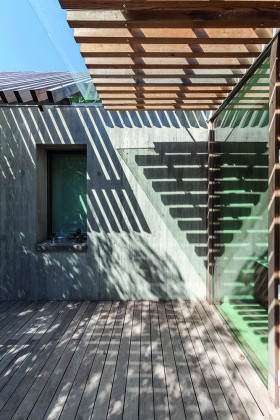 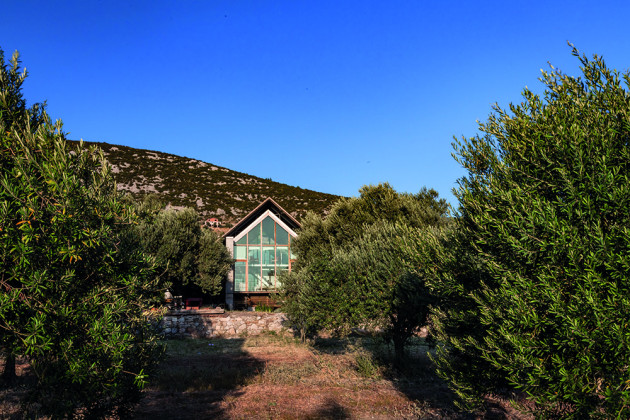 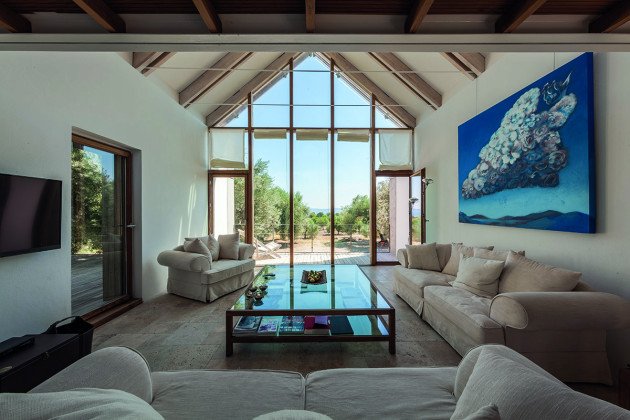 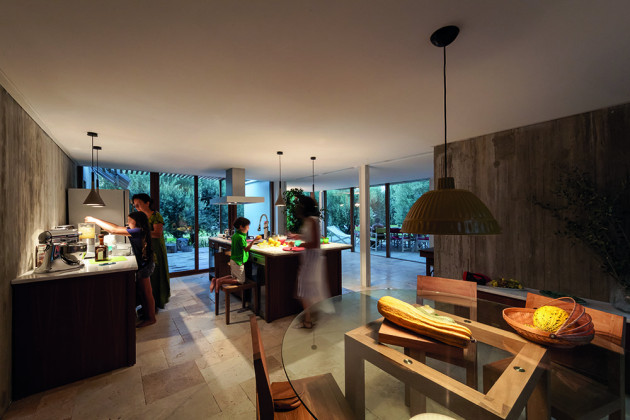 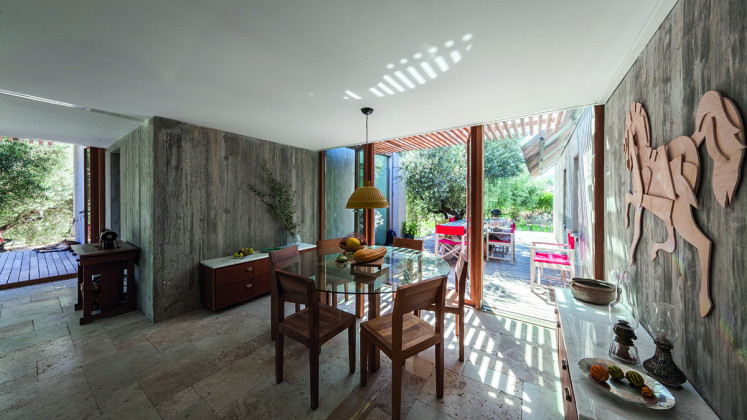 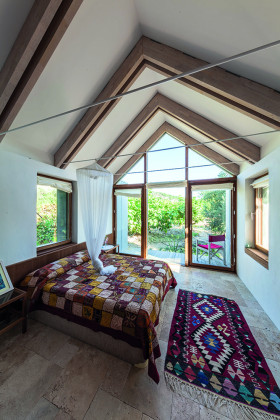 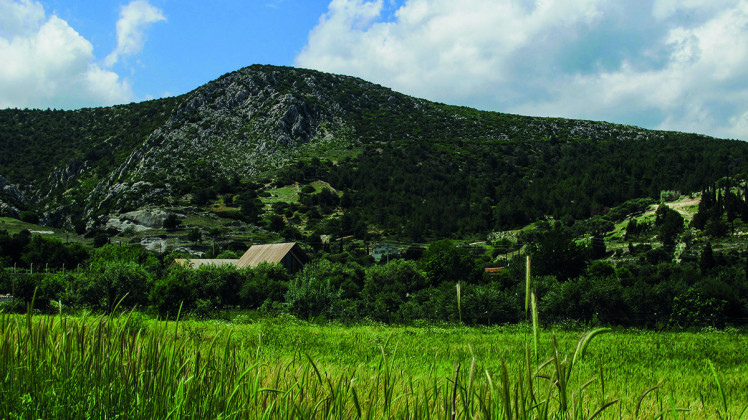 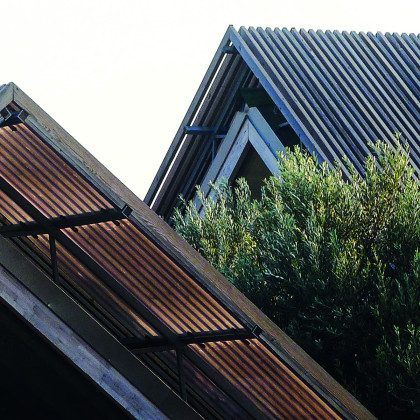 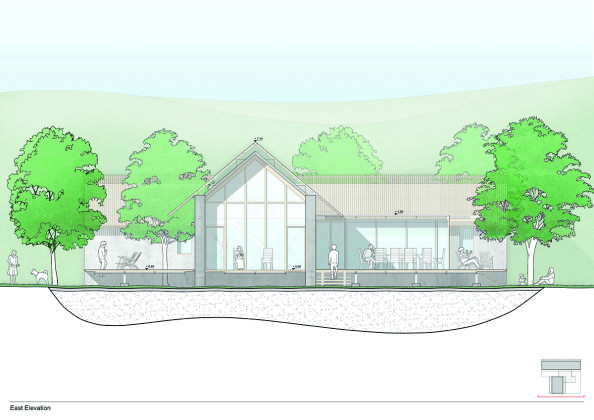 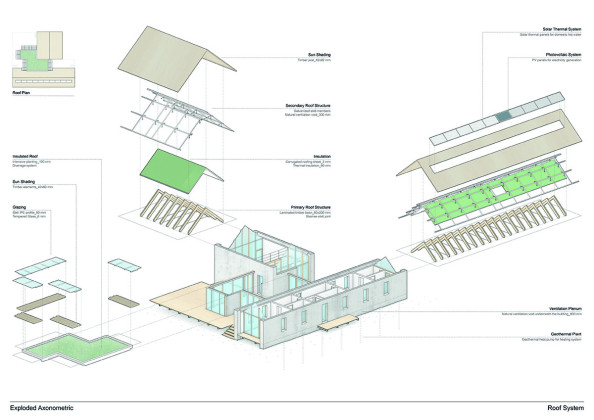 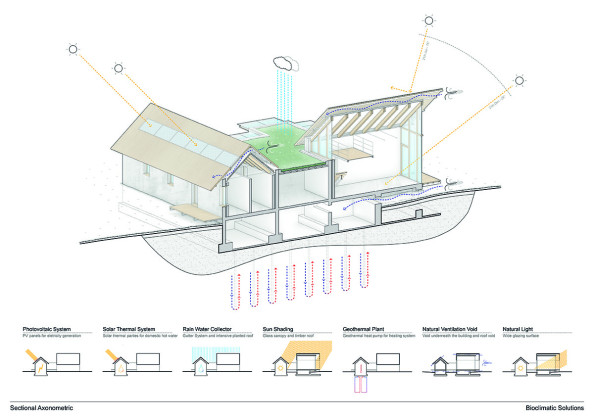 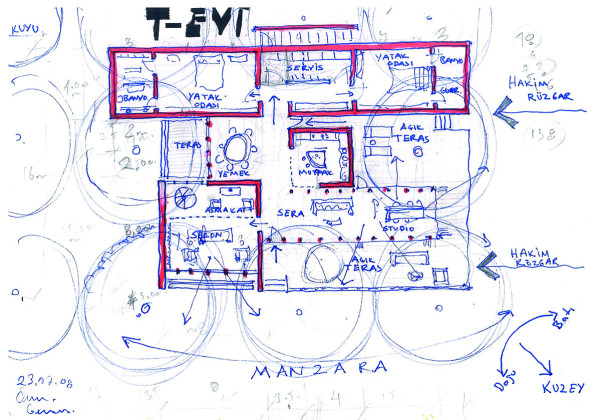 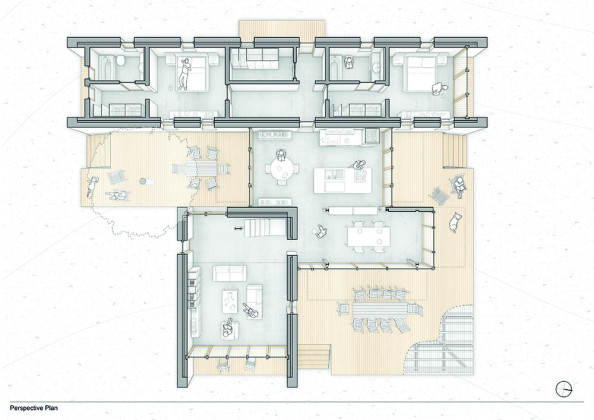 The house is approached along a country lane that leads to a hilltop village. The site faces the sea to the east and the neighboring hills to the west. The building sits within the tight grid of the olive grove and remains barely discernible through the thick foliage of trees if it weren’t for its steeply pitched roof—a curious feature, one that leaves a gentle mark on the landscape and invites one to explore further. The T-House is meant as an “unobtrusive novelty” in a bucolic landscape dotted with what could best be described as generic, uninspired summer homes.

The design consists of two reinforced concrete shells set at a ninety-degree angle to each other and capped by glulam ridge beams. The tall front shell contains the main living areas and opens onto a view of the sea. The rear shell is longer in length and houses the bedrooms, bathrooms and a utility area. The two volumes are placed apart from each other and inserted in between is a glazed enclosure containing the kitchen and dining spaces. This area serves as a transitional zone connecting the public and private components of the interior. It also acts as a bridge between the different sides of the wrap-around deck.

The clear articulation of interior and exterior spaces is further aided by the use of different building materials. The reinforced concrete walls define vertical planes that anchor the building to its site and separate the living and sleeping quarters into two wings. Glass and steel elements enclose the transparent core that accommodates the more dynamic uses of space associated with the kitchen and dining activities. Timber components delineate the outer limits of the building as it reaches out into the surrounding landscape in the form of a delicate wrap-around deck. Despite the variety of building materials used, the design exhibits a strong sense of structural clarity with load-bearing walls, steel frame and timber roof trusses maintaining their own identities while at the same time contributing to the overall definition of interior and exterior spaces. The architect also seeks to establish an intimate relationship between the materials through their surface qualities. The reinforced concrete walls were cast in timber formwork, which left a detailed imprint of the wood grain on the exposed surfaces. The timber planks were then reused to build the wrap-around deck. The texture of untreated wood thus extends across the vertical and horizontal surfaces of the T-House. Walking through the building, one further observes the reflections of the very same texture flickering across the glazed expanses of the façade. Concrete, wood and glass converse with each other in the intimate language of impressions and reflections.

The T-House appears at home in nature. The grey of the concrete surfaces and the somber tones of timber components reflect the Mediterranean flora and the geological formations that define the surrounding landscape. The overall form is broken into small volumes so as not to present an imposing mass. Glazed surfaces define permeable openings which extend the interior spaces to the exterior with the wrap-around deck serving as an outdoor room bordered by olive trees. This effortless connection between the interior and exterior spaces is very much in keeping with the lifestyle of the owners who spend a considerable part of their day in the open air. It is also a conscious (albeit modern and more transparent) reworking of the spatial theme of hayat, which is integral to Turkish vernacular traditions and is reflected here in the plan of the house as a semi-open core for daily chores and routines.

The design of the T-House aims to put no strain on the site. Various energy-saving technologies are utilized to minimize the carbon footprint of the house. Photovoltaic panels mounted on the roof generate electricity for domestic use, while solar panels supply hot water. A ground source heat pump operates an underfloor heating system. More significantly, however, the house is respectful of its surroundings and is attuned to the seasonal cycles and the daily rise and fall of the sun. The mass of the building is lifted off the ground in order to allow the air to circulate freely underneath, thereby passively cooling the living areas. Glazed openings pierce through the central core to allow cardinal winds to cross-ventilate the interior spaces. The plan offers occupants a choice of two bedrooms, whose exact positioning within the rear concrete shell is decided with the changing intensity of sunlight during the winter and summer months in mind. The living room rises to a mezzanine level to capture the afternoon sun which sets rather prematurely behind the neighboring hills. The T-House thus enters into a dialogue with the rhythms and elements of the surrounding natural world. This is a dialogue in which no party overpowers the other.

The project marks something of a homecoming for the architect, who left his native Turkey more than a decade and a half ago to work with Peter Eisenman in New York. Teke later joined Renzo Piano Building Workshop in Genoa, where he was involved in a number of projects including the Isabella Stewart Gardner Museum’s new wing, expansion project of Whitney Museum, and the Kimbell Art Museum. Certain aspects of the T-House reflect the architect’s experience working on a diverse range of international projects. In particular, Teke’s affection for wood, his preference for luminous interiors, and his fondness for the tactile qualities of exposed reinforced concrete can be traced back to his work as the associate architect in charge on the Renzo Piano Pavilion at Louis Khan’s Kimbell Art Museum.

While the design of the T-House reflects contemporary building practices and aesthetic sensibilities, the building is firmly entrenched in its environment and is imbued with a unique sense of place. The design and construction process mobilized local crafts and expertise. The T-House was not manufactured elsewhere and shipped off to its site for assembly. A local carpenter crafted all the woodwork, including the timber formwork which was later recycled into the wrap-around deck. Similarly, a local contractor was in charge of the construction of the reinforced concrete structure. The project shows the possibility of harnessing local resources and know-how to speak a universal language (both formally and conceptually). It proposes a context-sensitive, yet architecturally daring design in a locale away from the main centers of architectural activity and, particularly, in a building culture dominated by conventional practices. Just as the retired owners pledge their commitment to the daily life of their rural community, so does the T-House strive to be an enduring contribution to the residential culture of a distinct landscape. 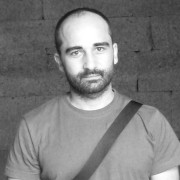 Gonlugur holds a Bachelor of Urban and Regional Planning degree and a Master of Science in Urban Planning degree from Middle East Technical University. He received his Ph.D degree in History of Art from Toronto University after completing a master’s program in History of Architecture at UCL Bartlett. His studies focus on subjects such as architectural cultures in Cold War era, different courses of architectural knowledge, image of city and architecture in visual and literal arts and sensual history of space. Gonlugur is currently working as a lecturer at Architecture Faculty of İzmir Ekonomi University.