As a facility to produce olive oil with conventional and traditional techniques, the industrial building becomes both the focus and the border of the frame towards surrounding landscape by the transition among its open, semi-open and closed spaces.

This is a modest industrial structure designed for a couple who we had designed a house before, for the same site. Their goal was to produce olive oil with the most conventional and traditional techniques. The production process which is defined by the gravity has generated the architectural resolution.

Angelos, in Bademli Village is an olive grove of 250.000 m2 located on the northern İzmir, on the coast of the Aegean Sea. The terrain is situated in a typical Aegean landscape which has an impressive seascape and surrounded by stone structures and olive trees. The mill has been established to produce olive oil from the locally collected olives. It is a complex of 1000 m2, composed of a guest house, a shop and the production area. 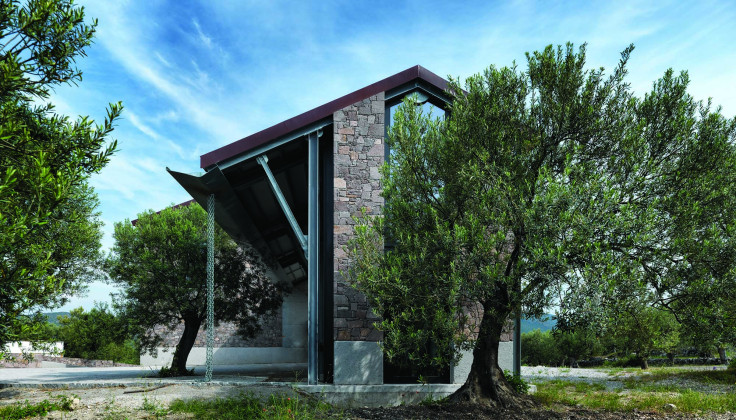 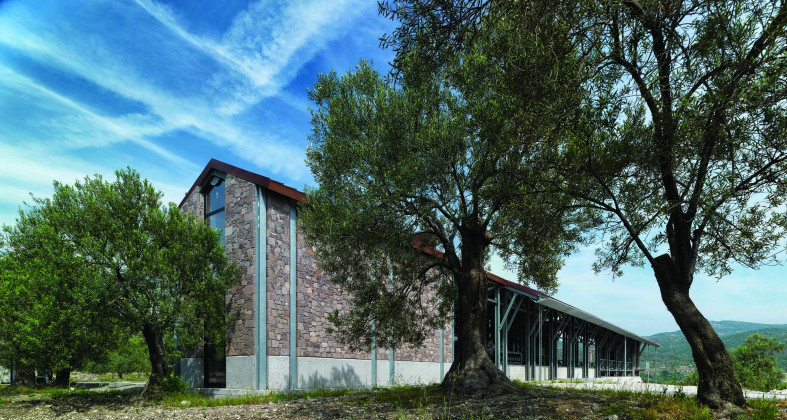 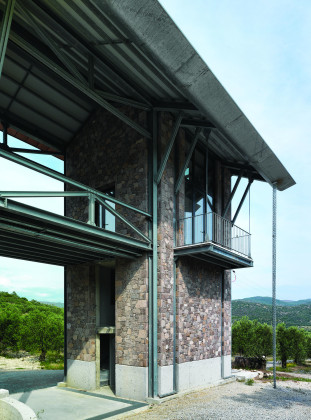 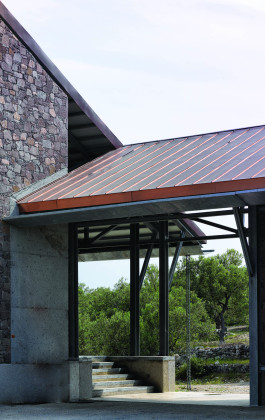 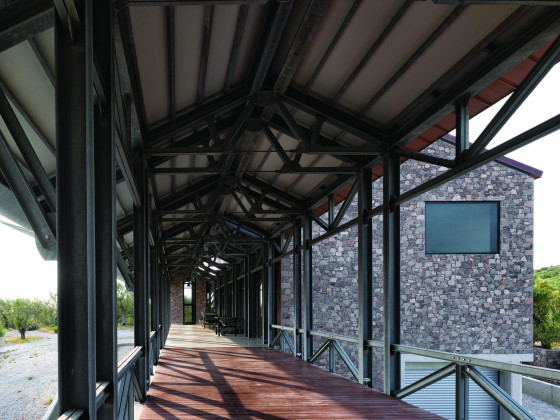 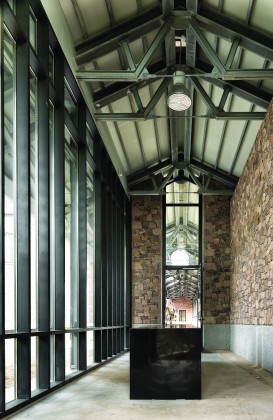 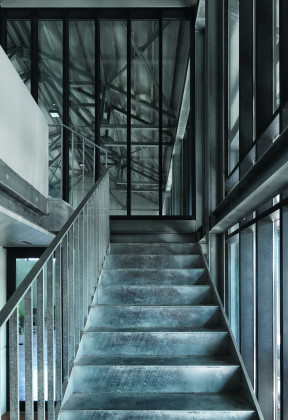 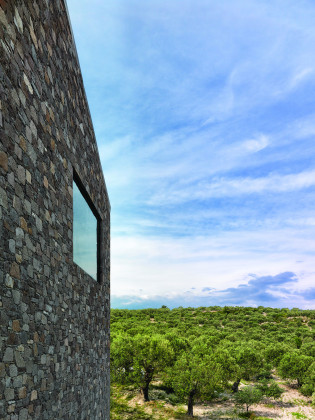 The question we asked to define our concept and strategy was “How to anchor an industrial building into a landscape?" Our clients were very clear from the beginning about obtaining the oil without the olive oil pump; therefore the olives would be pressed at the same floor where they will get in production. The oil will glide down with its own weight to the lower story. All of the bottled olive oil will leave the production area with trucks; therefore we had to find the perfect topography, convenient for strong sectional relations where this scenario would come true. The location to be found for the construction had to be in a spot where we wouldn’t touch or damage any existing vegetation or olive tree during the construction.

When we determine our construction site we had a preference of using the local labor force as builders. We aimed to improve the local foreman’s industrialized construction techniques and skills. For that reason the steel construction was made in İstanbul and it was filled with stone by the local labor. This high précised collaborative work between İstanbul and Bademli improved the foreman’s techniques. Using the exposed concrete, galvanized steel and natural stone as chosen materials was another intention to keep the structure maintenance-free. 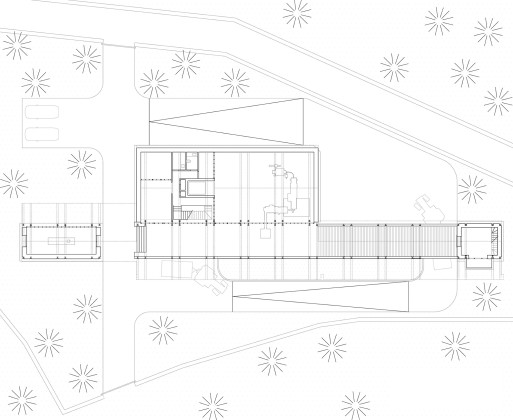 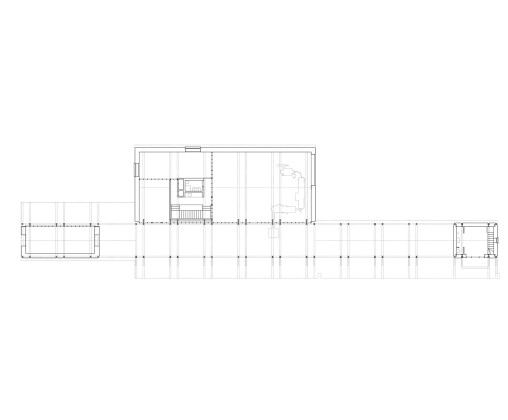 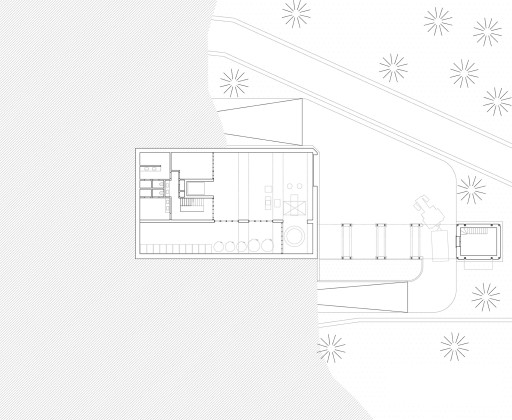 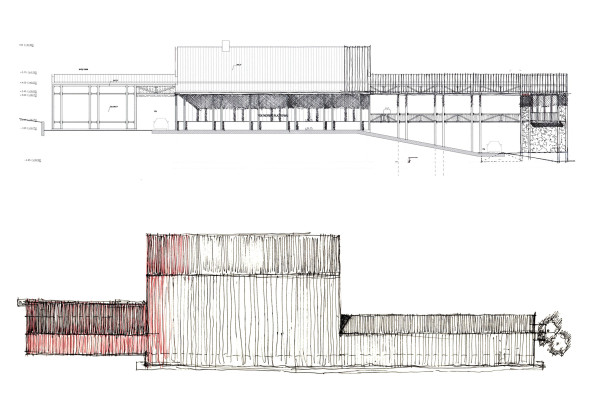 While forming the site plan our intention was to generate a scheme which would gradually traverse from public to private. The project includes a shop as a “public” space and a guest house as a “private” space aside from the production area. As the structure forms around open and semi-open spaces, the needed shading and climatic condition was provided with a shifted roof. All of these programs would be covered by a copper shelter which is the most significant element of the project.