Copper house, designed by SDeG is situated on a 223 m2 – corner site in a gated commune amidst closely spaced buildings. In this dense neighbourhood, it looks to draw light and air from road-facing edges, clearstories, and clever sectional arrangements. Its form and volume are derived from encounters between functions and levels within the building, with a notched façade that responds to varying moments of privacy and transparency along the perimeter. 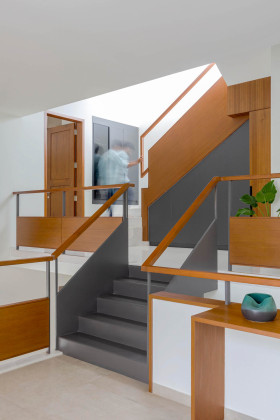 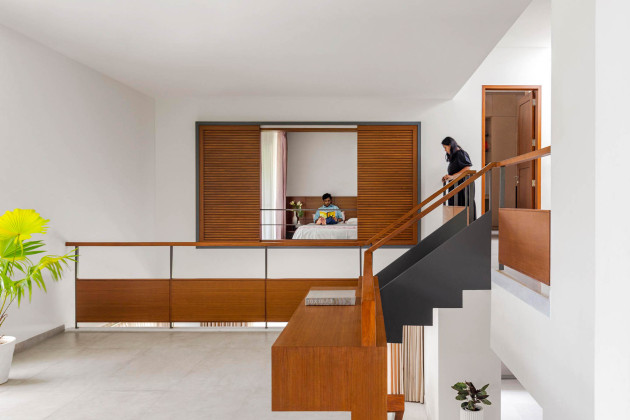 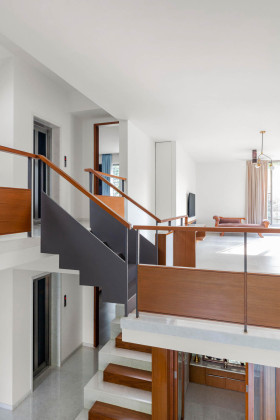 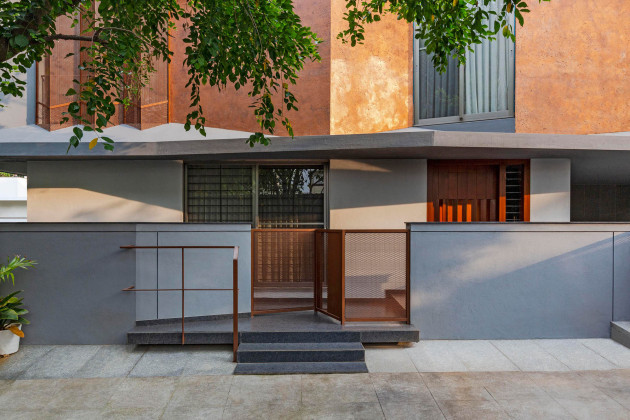 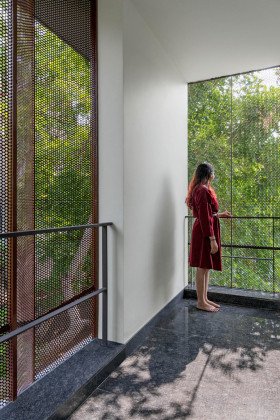 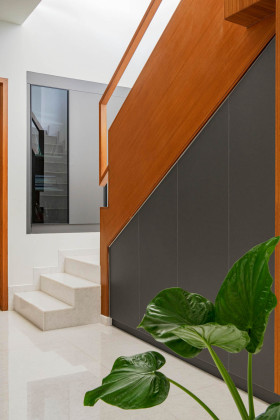 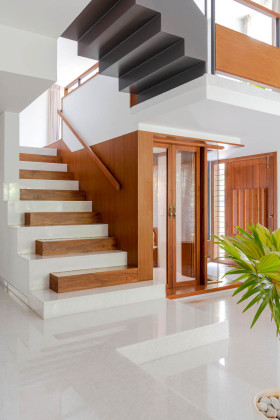 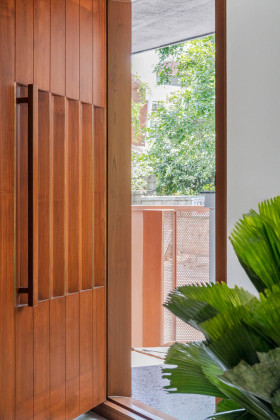 At the heart of the building is a two -storeyed void that forges relationships across spaces. And anchored to the void is vertical circulation, connecting several levels along partial flights, with marked changes in material and character all through the ascent. The first climb comprising alternating marble and teak steps (borrowing material traits from the prayer room), leads up to a mezzanine level family and library. A folded plate steel bridge forms a graft-like link between this intermediate floor plate and private sections of the house. And finally, an all-marble stairwell, set into the rear of the house, creates access to the guest room and private terrace on the second floor. 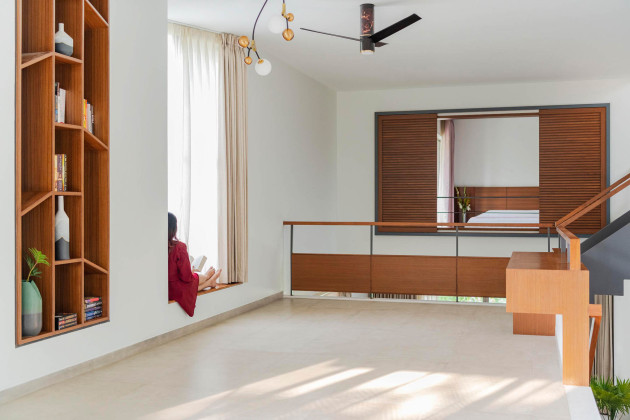 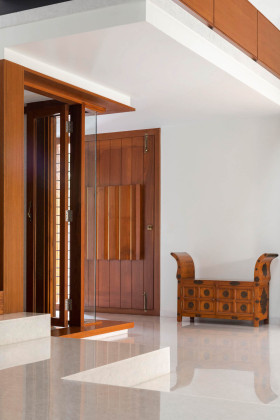 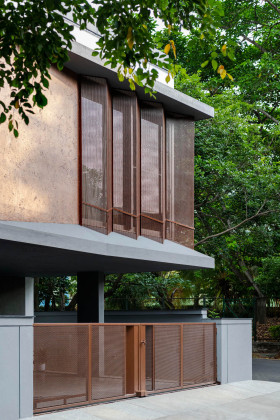 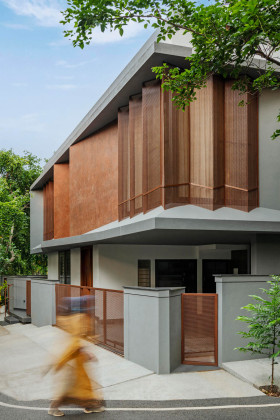 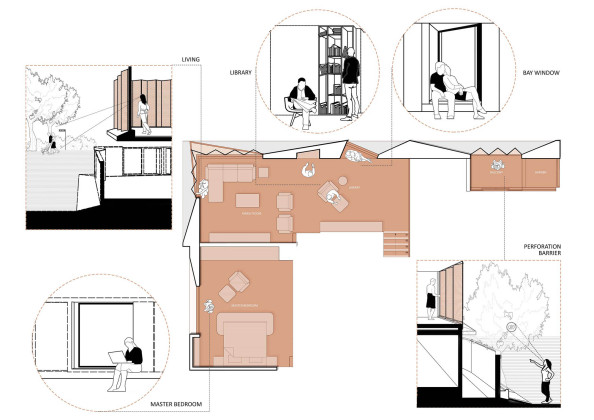 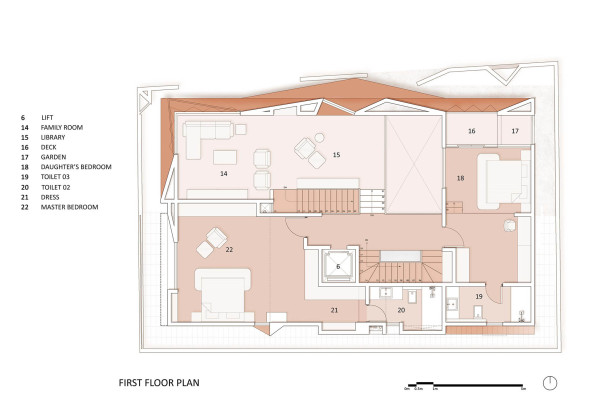 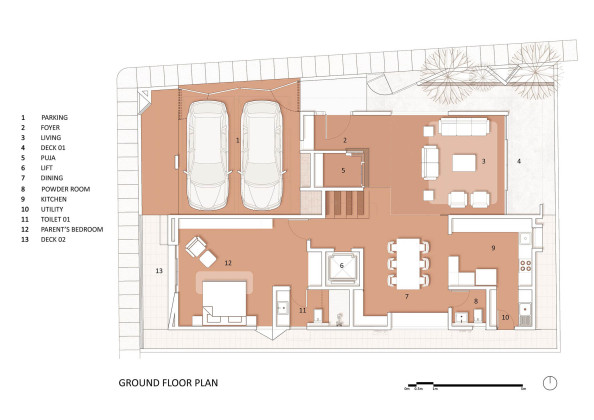 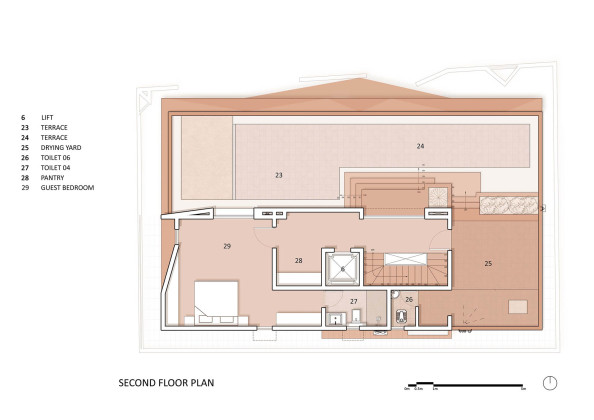 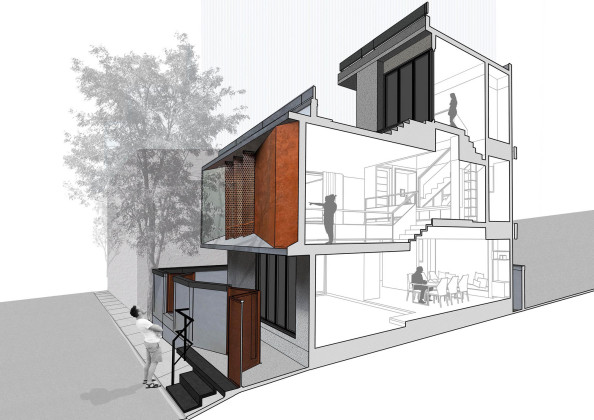 Copper house is replete with several such material intersections. Wood, steel and stone combine in several configurations - as architectural details, fenestration and customised furniture elements. Varying degrees of light from angular apertures (on the North and West), further intersect these assemblies, causing varied (and unexpected) light and shadow events through the day. The façades are devised as thresholds of shifting surfaces and textures, framing and diverting views, from a serrated ensemble of perforated screens, copper textures, and glass.