Anchored In The Environment

The observation tower is built on a small hill in recovering Negenoord, establishing a strong relationship with its environment by using local materials excavated from the Maas area

Negenoord is a former gravel extraction area (about 150ha), which is now transformed to a nature reserve called Maasvalley Riverpark, 2,500 hectares in size and located on both sides of the Belgium-Netherlands border which is formed by the Maas river. The redevelopment also gives more space for the river creating a flooding area.

Our client for this project is a government organization who organizes the redevelopment of all former gravel extraction areas. The concept for the redevelopment of Negenoord focused on spontaneous nature development, natural education but also recreational use. In order to fully experience the area, a small observation tower had to be built on a small hill, located in the middle of the area and created to keep the tower safe from winter floods. 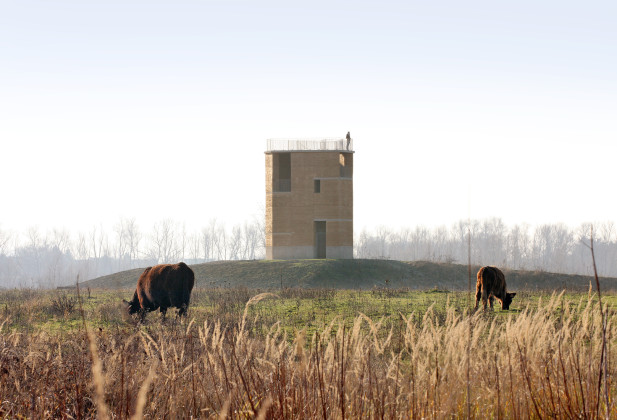 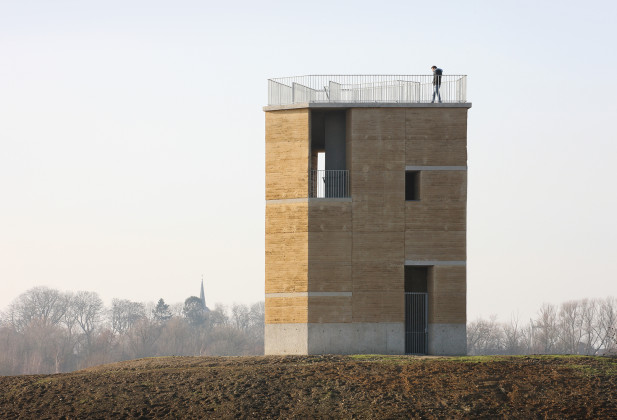 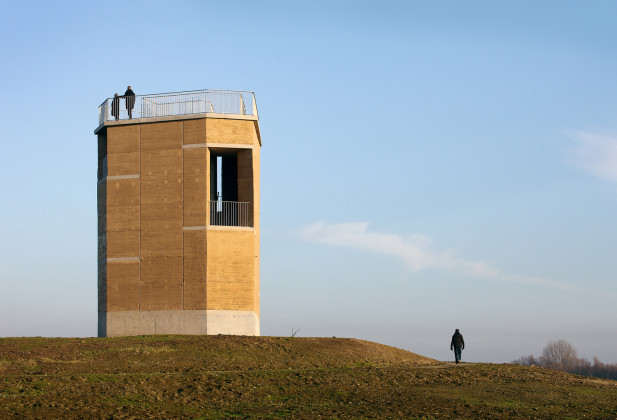 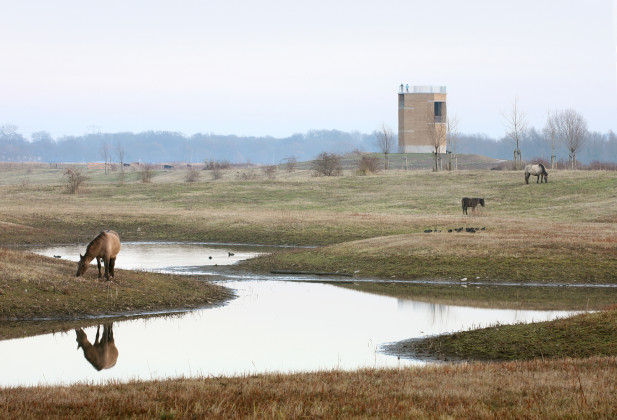 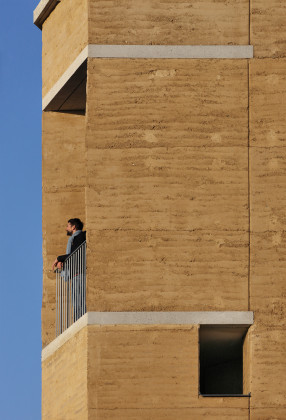 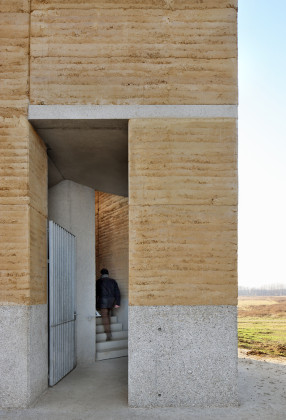 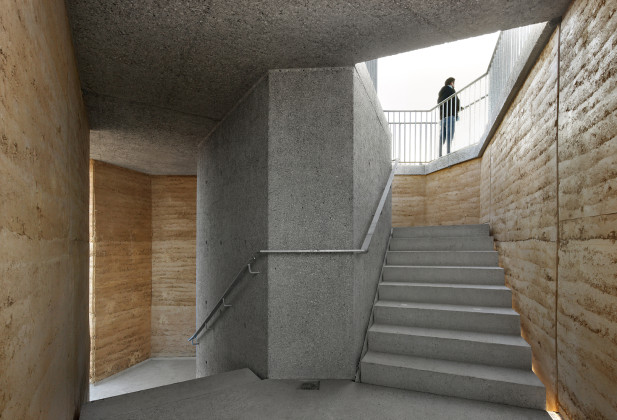 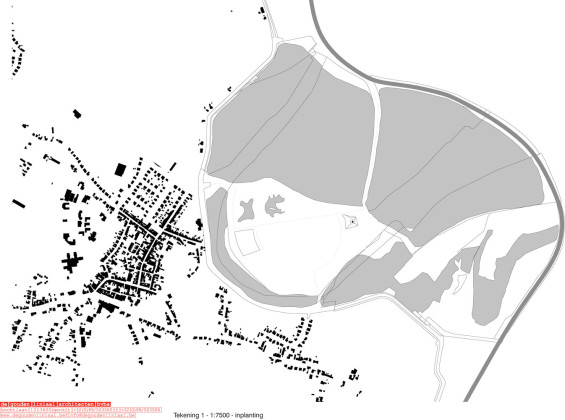 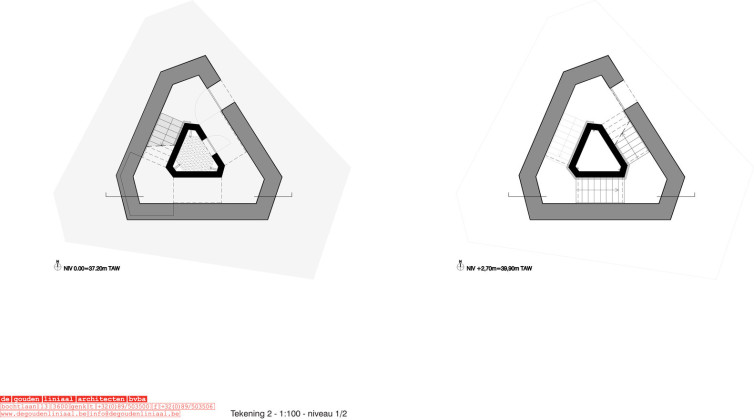 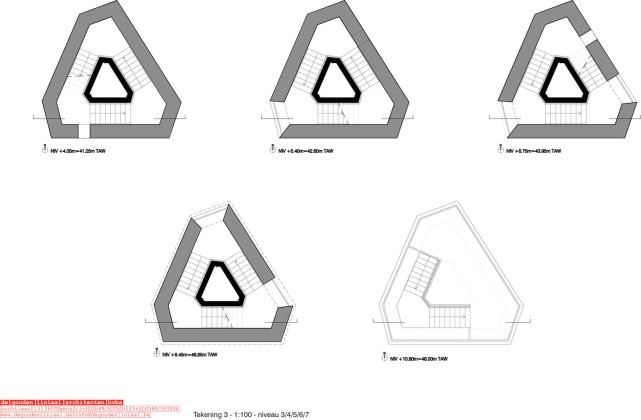 We created a building that was crafted with the local materials excavated from the Maas area: earth, clay and gravel. External walls were created with the rammed earth building technique. The surface area of these walls will slowly erode, so the gravel will become visible after a while. Inside, a central core with stairs is made out of concrete, which is sandblasted to show the gravel as well. Through its materialization, the building tells us about the location it’s built. and becomes strongly anchored in its environment.

The climb to the top is conceived in different sequences. On each of the landings of the top 3 staircases a different view opens up to the environment. The triangular shape and the position of the cut-off corners was determined by these views.

The rammed earth building technique is thousands of years old and can be found in the whole world. Soil-damp earth gets poured in layers of 15cm into a formwork and is compressed mechanically to 12cm. The correct mixture of sand, clay and gravel makes it suitable for building load-bearing walls.

The tower is the first public earthen building in the Benelux region. the standardization of the building technique is still under development. For the moment, there are no standards yet and that makes it difficult to describe the technique for use in a public project. To guarantee the quality of the construction, the design team was supported by an international team of experts: Cratterre/ Vessières&Cie/ BC Studies. The earth-consultants analyzed different local materials, tried different mixes and evaluated them on compression force, abrasion, color and appearance. The chosen mix consisted of 20% gravel, 40% ochre-colored earth, and 40% clay, stabilized with Trasslime.

They also included a report on how to detail architectural design when building with Rammed Earth, as well as on how to organize the construction site for Rammed Earth Works. During construction, workers were trained in mixing, maintaining right humidity in the mix, building formwork, ramming and removing formwork. Every week, field testing of humidity, and laboratory testing of compression force on specimens were done to monitor the quality.