Aslı Çiçek’s scenography for the "Ancestors & Rituals" exhibition in BOZAR in Brussels is a clear demonstration of the classical notion of mimesis, transforming that which it represents, and showing us its story rather than telling it.

Imagine shadows dancing on a screen. How the light, coming from behind the screen, draws sharp silhouettes on its illuminated surface, tracing out the shapes of leather puppets passing by on the other side. How the puppeteer moves the puppets, does the voices and sings songs. And how it lasts from midnight to dawn, with spectators coming and going, watching and falling asleep. Wayang is a traditional form of puppet theatre, found throughout Indonesia and other parts of Southeast Asia. It originates from the island of Java and has its roots in Hindu culture, but has developed over time in many variants, under the influence of Buddhist, Islamic and local traditions, while borrowing characters from indigenous myths, Indian epics and heroes from Persian tales. The Indonesian word "wayang" translates to both "theatre" and "shadow", while in Javanese it also translates to "spirit", indicating the highly spiritual atmosphere of these performances. An atmosphere which can temporarily be found in Brussels as well.

As part of the Europalia Arts Festival 2017, the BOZAR museum in Brussels shows the exhibition "Ancestors & Rituals", honouring Indonesia as this year’s guest. As an archipelago of more than 17.000 islands, Indonesia has nearly 255 million inhabitants, 300 ethnic groups and more than 700 languages. What most of these cultures share, however, is the importance ascribed to ancestors. Whether genealogical or mythical, ancestors offer both a link to the past and a direction for the future, as well as protection for the present. Set in a scenography by Brussels-based interior architect Aslı Çiçek, curator Daud Tanudirjo and Europalia's art director Dirk Vernaelen take this ritualised function of ancestors as the leitmotif for an exhibition to bring this cultural diversity together. 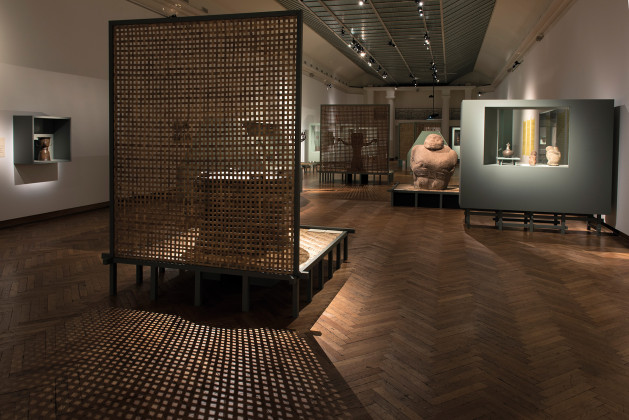 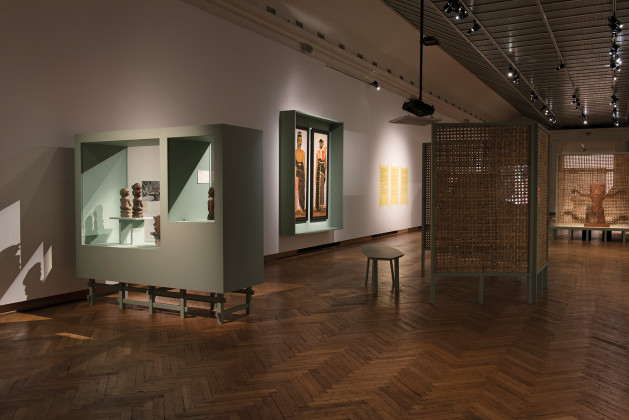 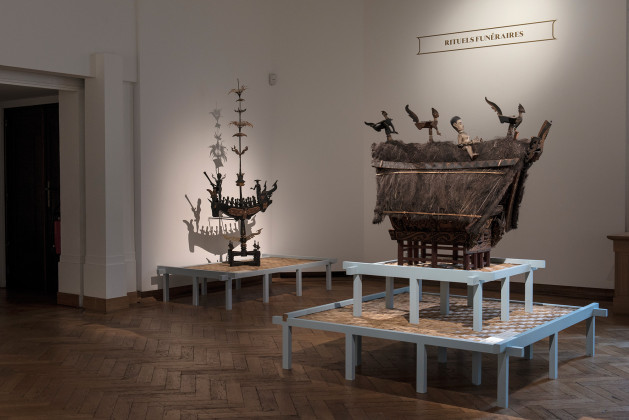 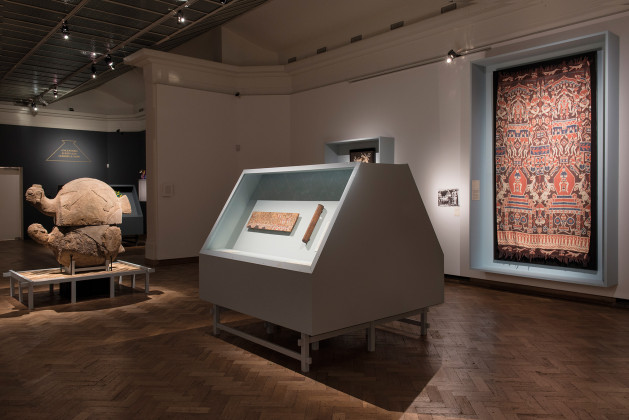 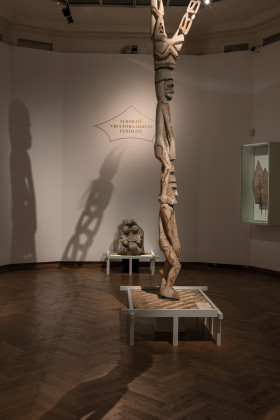 As a visitor, you enter the exhibition in front of a large screen of woven strips of bamboo. A bright spotlight traces the silhouette of a large drum on the other side. Circling around the screen, the drum itself, sitting on a small platform, comes into view. A similar set-up will be encountered throughout the rest of the exhibition, each time marking the beginning of a different section: origins, status, fertility, protection, exchange and death rituals. Walking along, the scenography unfolds in a composition of free-standing showcases and deep frames on the walls. The objects within are suspended by wires in mid-air, hovering above or in front of light canvases, their shadows emphasised by the focused spotlights. The screens, showcases and frames have been conceived as miniature architectural constructions. With protruding columns and beams at the corners, their shapes reference the commonplace construction of pile houses found throughout Indonesia. The colours of the painted wood – which change subtly throughout the exhibition, following the rhythm of the thematic sections – seem to reference the dark green of Indonesia’s jungles, the deep blue of its oceans and the light grey of its overcast skies. 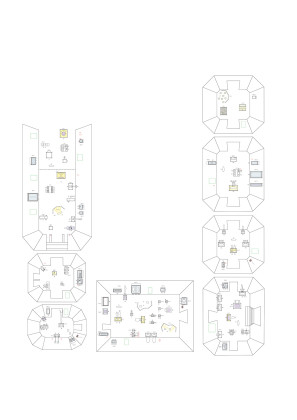 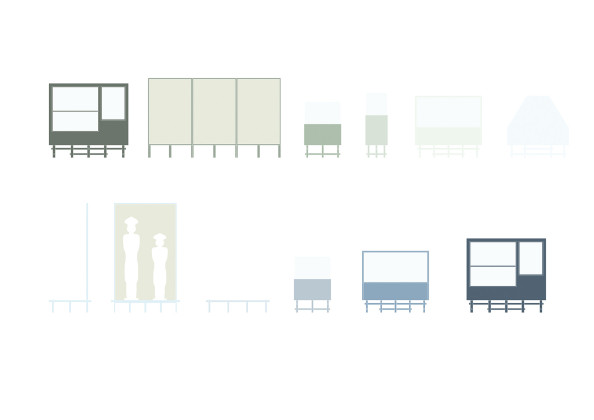 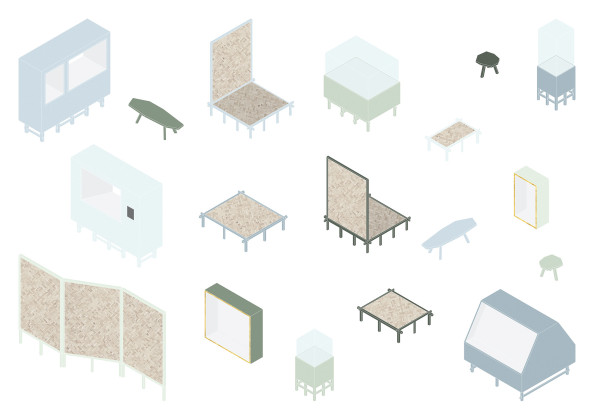 With an atmosphere reminiscent of Plato’s allegory of the cave, it seems even more fitting to situate the relation between the exhibition and its scenography as the tension between the classical notions of diegesis and mimesis. While the former indicates the mere report or narration of an event, the latter concerns its imitation or representation. And through this imitation, it transforms the event it represents. As such, in their abstracted forms, and echoing the literary adagio "show, don’t tell", the silhouettes, shadows and shapes of the scenography can be seen as a mimetic representation of cultural and spatial elements found throughout Indonesia. Whereas the exhibition tells us the story of Indonesia’s cultural diversity, the scenography takes us, as visitors, to that midnight-to-dawn performance of wayang, and shows us instead. 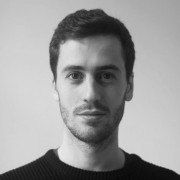