Displacement is at the first place, and foremost, a spatial phenomenon. Despite of being perceived as “temporal guests”, refugees are urban actors whether in camps, villages or cities. They build makeshift houses, rent apartments, open shops, create social spaces, bring new urban identities, and sometimes change the urban fabric of entire neighborhoods; thus, they surprise us with the ways they can influence urbanization processes wherever they go. Amidst this dynamic environment, relief agencies are expected to assist refugees meeting their basic needs of food, shelter, health, livelihood and education. However, relief workers are usually no architects or urban planners. Even if there were trained as such, humanitarian programmes are rarely concerned with urban space. This leaves a whole set of questions related to the spatial aspects of displacement, unaddressed and not answered. More significantly, this comes at times where humanitarian organizations are striving to shift their assistance from “relief” to “development” and when scholarly voices are increasingly assuring the fact: it is time for architects and planners to get involved, and take a stance towards the refugee crisis. But the question remains: how? How can a multi-dimensional phenomenon, like displacement, be approached? What frameworks need to be set and developed while designing for refugees and with refugees? 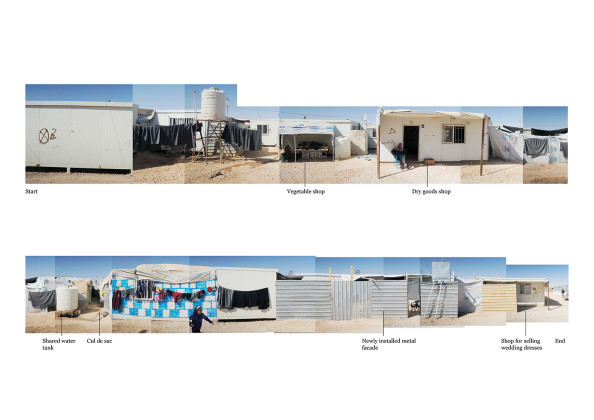 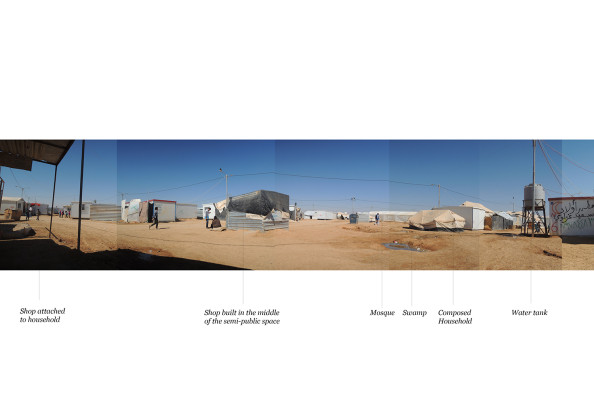 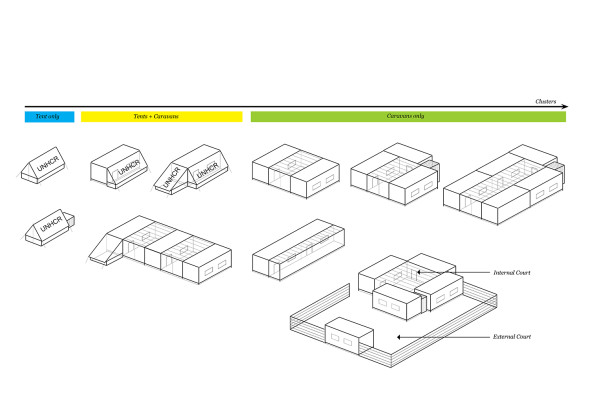 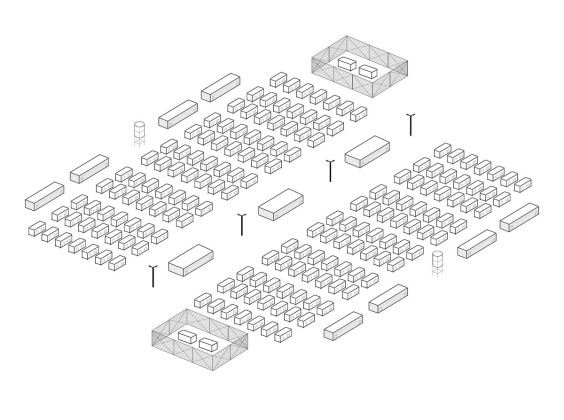 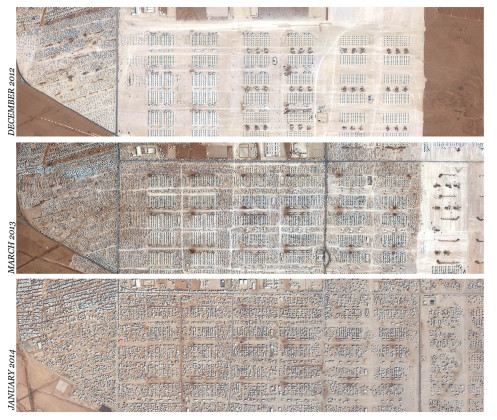 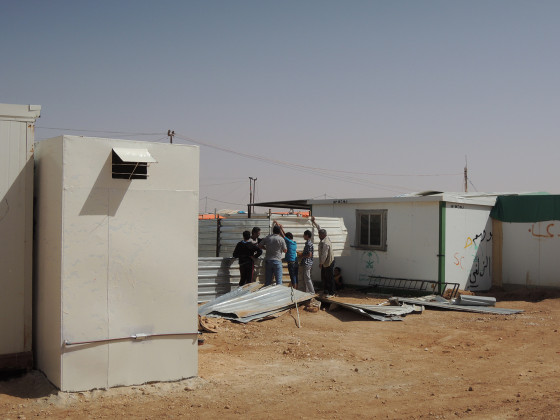 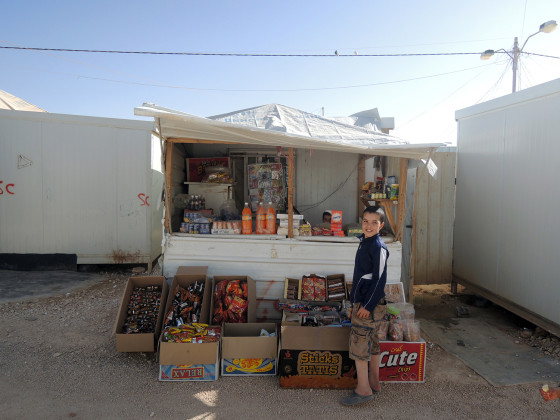 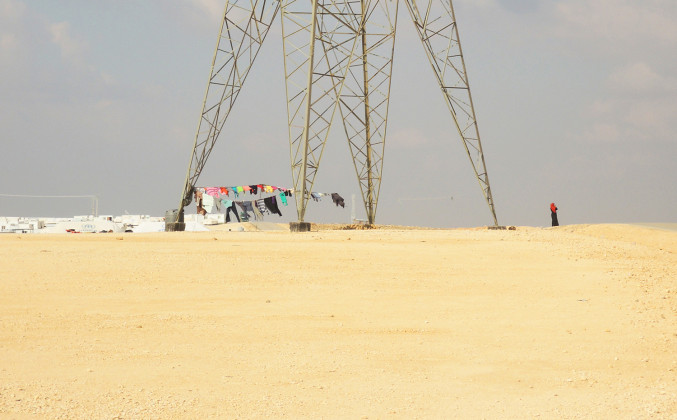 In order to answer this question, I will build on my research and engagement with urban issues related to Syrian and Palestinian refugees in the Middle East. Specifically, I will explain how a refugee camp like Zaatari was spatially designed, and how refugees changed this and why. By linking that to other camps and the spatial practices of refugees in urban areas, I will draw lessons from which the questions could be answered. In contrast to “solutions” centered in Global North narratives about refugees, this approach aims to bring a local perspective into the picture.

Like a typical refugee camp, Zaatari started as a small zone in which refugees fleeing war were allocated. There was rarely any planning. Every refugee family received a tent, and they simply placed them in a raw to make a communal street leading to the main and only asphalted street, facing the “base camp” which is where offices of the relief organizations are located. Suddenly the refugee influx accelerated and the camp endured immense expansion. While camps are expected to ideally host 10,000 refugees, in mid-2013, the camp hosted around 350,000 refugees, making it the biggest fourth city in Jordan. The interesting point is just before the expansion happens, and in an reaction to the old camps where refugees squatted in space without any clear “order”; the UNCHR planned the new area of extension. The planning was translated through a rigid matrix of caravans. Each caravan is associated for one refugee family of maximum five members, and between each block of caravans, shared infrastructure like communal latrines and kitchens was allocated. The layout mimicked a military camp where temporality, order and control strongly orchestrate space.

Suddenly the camp was witnessing a spatial turn. Informal urbanism was extended to reaching the new parts. Refugees were rotating and moving caravans; using almost all infrastructure and materials poured into the camp in a different way – a way that wasn’t planned for nor expected. But if the new camp was actually planned, and spatially designed, why refugees –almost completely- reformed and changed this planning? The re-arrangement of the camp space was a process of daily negotiation between refugees and aid agencies. While the latter prefer a place which they can easily operate and access, refugees prefer to live in a place where their life values are met, and their imagination of how space should function is fulfilled. These transitions could be boldly stated as follows: refugees were creating houses instead of “shelter units”, defining territories of social space instead of “open space”, and creating neighborhoods instead of “caravan blocks”. To build their houses, refugee families relied on the new social networks and helped each other, each upon his skills and capacities. Some have even dismantled the shared latrines and kitchens to make their own private toilets, kitchens and gardens. They utilized their existing skills among the population, informally organized them to create professions as plumbers, welders, electricians…etc. to help establishing and equipping their new houses.

This process has manifested itself spatially as well. For instance, semi-private spaces were added to host guests and visitors to separate them from entering private spaces within the house. Neighborhoods (or Harat in Arabic) emerged as an act of social solidarity. Refugee neighbors negotiated their territories and house boundaries. They supported each other to connect to electricity poles, pave cement courtyards, and plant herbs for eating. Within these neighborhoods, social codes dictated where semi-public spaces are located. Men gathered in the shadowed corners, drinking tea and talking, away from house doors, where women usually gather when the male head of the family is gone. Likewise, public space emerged in the most busy and vibrant streets, facing the offices of relief agencies, hospitals and schools in the camp. In these spaces, men and women spend time, not only for shopping, but also for socializing and walking. As one refugee women said: “It feels sometimes like the old souk (bazaar) in Damascus.”

Along the ethnographical observations, these practices bring in some insights as to how architects and planners could be actually involved with topics related to displacement and refugees. Both in camps and urban areas, refugees are not treated as whole beings, but rather guest with “temporal” presence. Because of their transitory situation, they are dispatched from their own reality (the here and now) which creates discontinuity in their lives, estrange them from the context (with all its systems) and separate them from place and time where they exist. The camp model is a spatial manifestation of this “frozen” version of urban life, which refugees in Zaatari were able to change. Palestinian camps have gone through similar urbanization process. Today they become indistinguishable from cities. However in other Syrian camps in Jordan like Azraq and the Emirati-Jordanian (Mrajeeb Al Fhood), this urbanization process is excessively controlled. Refugees are detained from creating their own spatial reality. Instead, the only spatial reality that seizes to exist is what humanitarian organizations design and manifest. Therefore, architects and planners need to unfold designs and projects that are “humanitarian coated” with critical eyes in order to comprehend the dynamics and the intentions set behind. They need to avoid alienating refugees from their context. Instead, designs need to be centered towards our common human experience, while paying attention towards the local context, its specificity and dynamics.

First world countries have always benefited from migrants due to their economic power. In third world countries, the sudden influx of refugees creates pressure on development, especially on housing, infrastructure, services and natural resources. Therefore, refugees become burden on local communities. Nonetheless, refugees are in fact urban actors. Imagine in Zaatari, they were able to urbanize the camp in few months, creating the fourth Jordanian “city”. What would have happened if we enabled refugees to have better access to resources? Refugees will urbanize every place they go to; our role here as architects and planners is to help them during this process - which is beneficial for both refugees and the hosting communities. For that, architects and planners need to be sensitive to differences but not to capitalize on them. Instead, they need to develop solutions that maximize mutual benefits and opportunities between all stakeholders, and reduce tensions and risks

So far, projects and designs aiming to deal with the refugee crisis are proliferating. The multidimensionality of displacement inspired creative people and minds from all sectors: Not only architects and planners, but also artists, IT programmers and startup developers. My only concern is that many of these proposed projects and designs promise to “solving the refugee problem”. Some tend to romanticize refugees and treat them as “exotic” objects, while others look at them as “problems” to be fixed. However, apparently, these groups develop projects that resonate to the “humanitarian” crisis which is both financial and functional. Therefore, the proposed designs have actually very little to do with refugees and their lifestyle, desires and needs. Instead they are developed in the intention of covering up the dysfunctionality and shortcomings of the humanitarian system, and by that, they appeal to donors as projects “worth” funding.

For that, a truthful engagement of architects and urbanists requires a paradigm shift towards advocacy in planning and design. This starts first by critically examining the variable components relating to displacement in each context. These usually include topics like citizenship, statehood, culture, international aid, identity and their politics. Afterwards, it is important to examine the spatial practices and coping mechanisms that refugees develop while they are creating “new” homes. These would most likely be “informal”. Acquiring this political awareness, and attempting to increase mutual benefits and to reduce risks and tensions between refugees and the other stakeholders, successful designs would seek to foster and achieve spatial equality. Unfortunately today, designers following this approach are not so many, but their numbers are silently growing. The whole refugee crisis is taking architecture and urban planning into new avenues, of increased flexibility, temporality, informality, hybridity and activism which is raising questions regarding the future of our cities and architectural profession as we know it today. 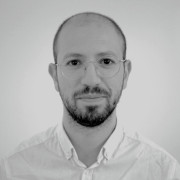 Ayham Dalal is an architect, researcher and independent consultant. He studied architecture in Syria, and did his double master degree in Integrated Planning at Stuttgart University and Ain Shams University (Cairo). He taught at the German University of Technology in Oman, and has been engaged with several initiatives and workshops related to refugees and Syria. Currently he is doing his PhD studies at the Technical University of Berlin, at the Habitat Unit. His research looks at the relationship between informality, urbanism and memory within different refugee settings in Jordan.