The long-needed Parish Church in Brácana was designed by Fresneda & Zamora Arquitectura and built in 2016.

Brácana always wanted its own church. The people from this district in Illora’s township (Granada, Spain), historically added since the Catholic Kings’s time to the Davila’s lineage (later Counts of Guadiana), were always spiritually assisted in outside temples of the village, either for their provenience to other urban centres like the nearby village of Alomartes, or their private character, case of the only religious building of the town: the particular oratory, then private chapel (1891) of the ancestral Lord D. Luis Dávila Ponce de León (IX count of Guadiana), restored by his heirs in 1940.

This functional loan, which in a certain way supposed to perpetuate the relationship of vassalage or once-dependence, was the beginning of conflicts in the second half of last century, when the relationships between the counts were more and more complicated and torn because of a new situation based of their own social empowerment. The village build his own church in the 1960’s, a simple church built by not many resources and during the following years it starts to have stability problems and the town has to return to the “Counts’ Chapel”. Since then, the conflicts with the lords have been recurring, causing in the population a wish of having their own parish for the village, representative of their religiousness, simplicity and humility. As a result, the idea of building a new church took on importance ending with the temporary situation since 2000. It started the exciting challenge of a little town that sinks its roots into its own history and religious identity, in search of autonomy, freedom and development. 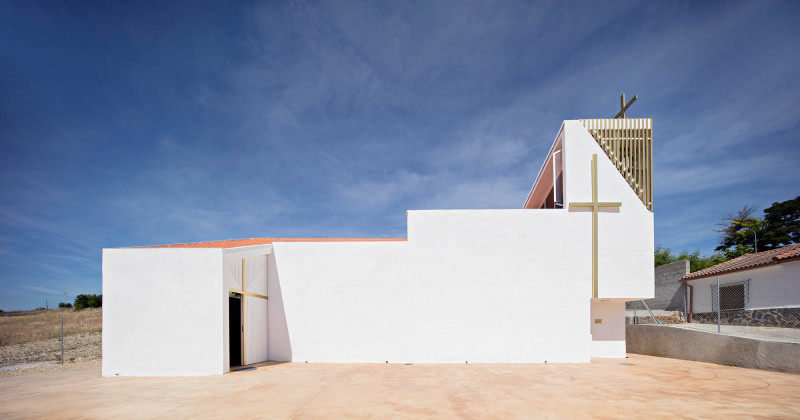 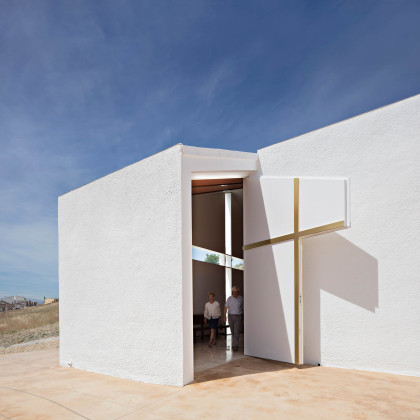 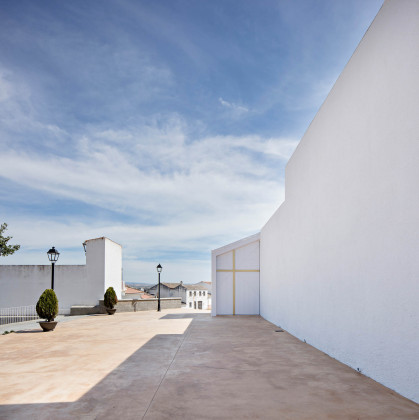 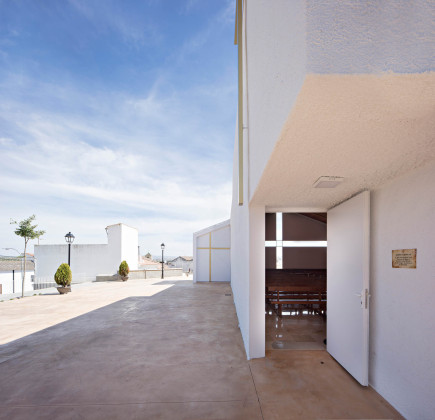 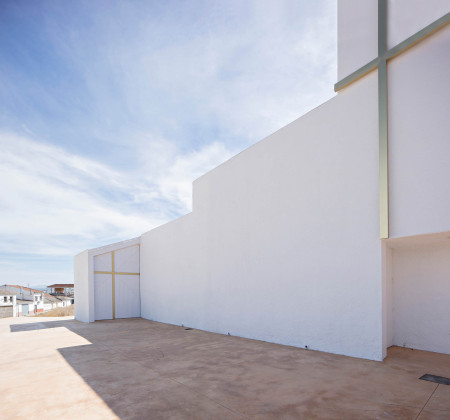 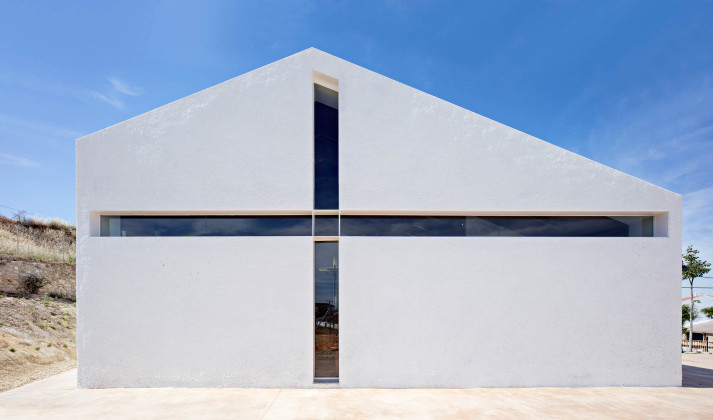 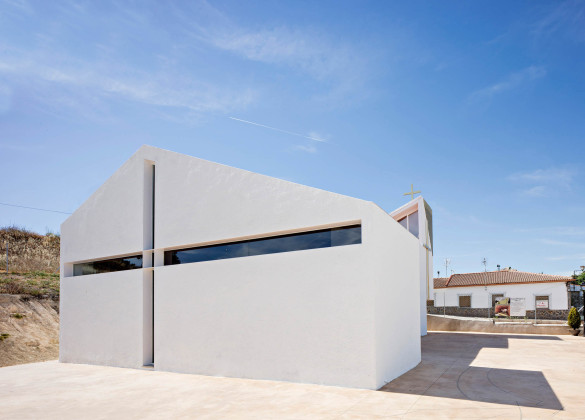 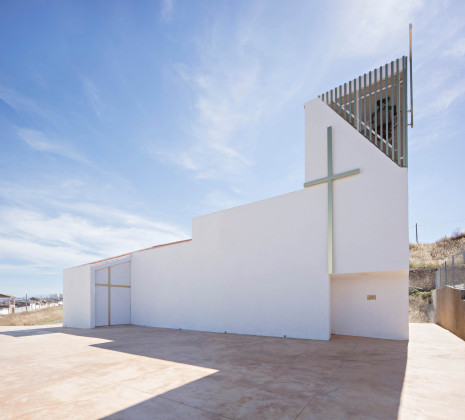 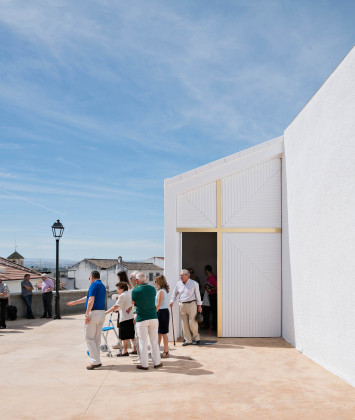 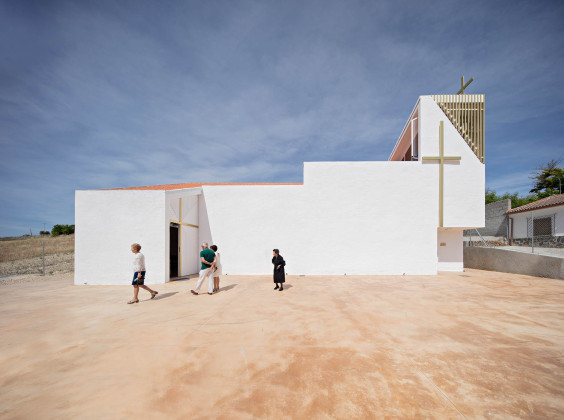 The premise is to build a new church where the old church of the village was, following the same principle: economy. It is designed with the right dimension to contain the 31 benches that are used in the Count’s chapel. The main bent entrance optimizes the entry area to do the function of hall, without extending the nave. This is a unique covered space that it is cut and stretched in many sections qualifying the space to the head and allowing light to pass through. These sections include the restroom areas, the sacristy and a little choir above and offer a good air circulation and thermal adaptation.

With a simple two sided steel frame, whose variations and sequencing resolve the program, the space and plastic quality is improved. The simplicity like a necessity, like newness, turns into an aspiration in this project without the loss of quality. 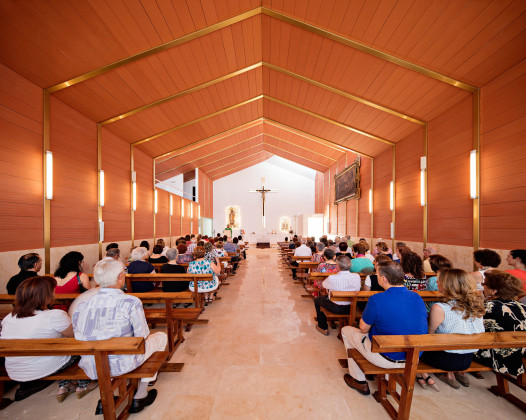 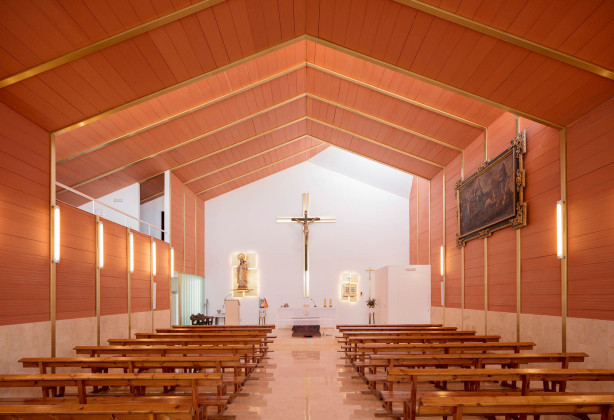 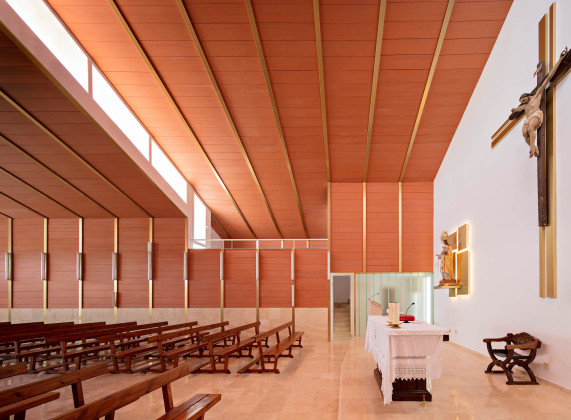 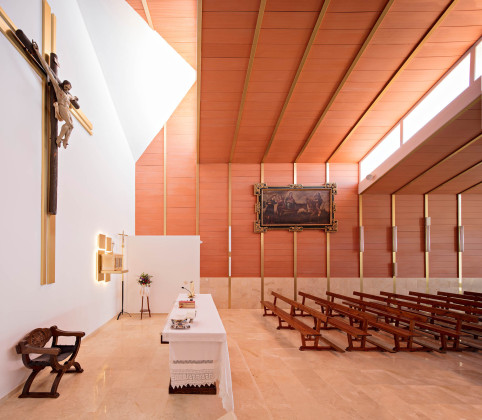 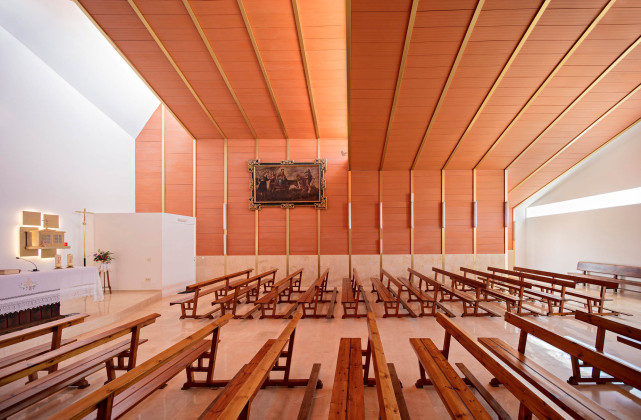 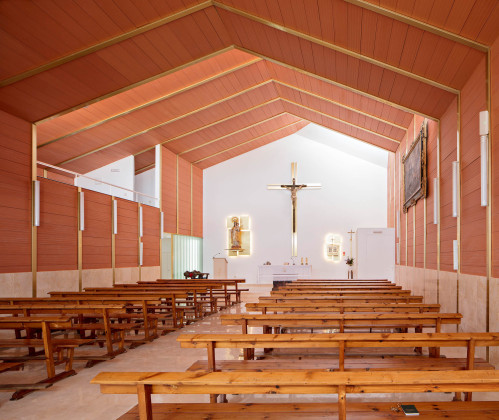 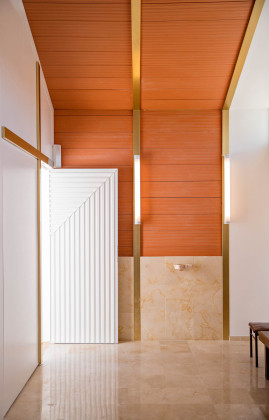 A single constructive solution compound of a thin layer of sprayed concrete with rigid steel frames arranged each 120 centimetres, above an exposed formwork of tiled ceramic pieces to inwards, which meets the double purpose of structure and enclosure. Every material has its own inseparable function in the constructive progress and seems honest and sincere at the end of the process. 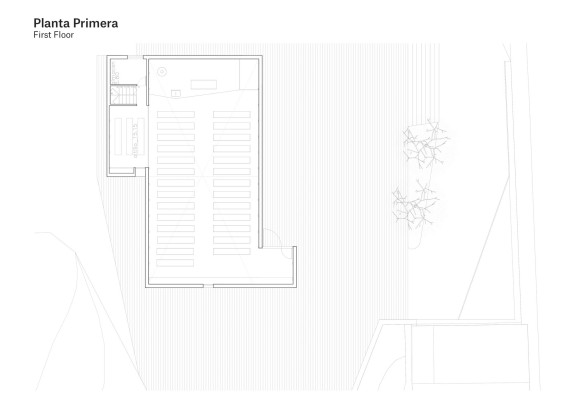 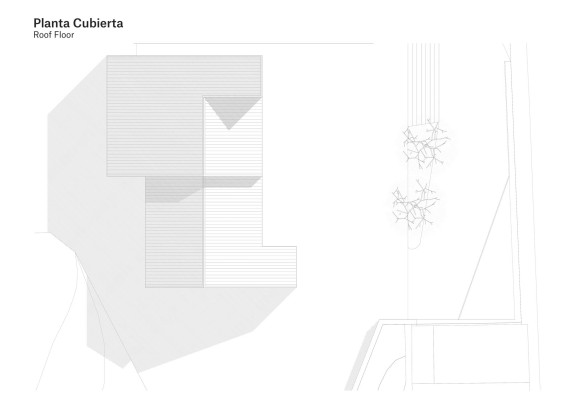 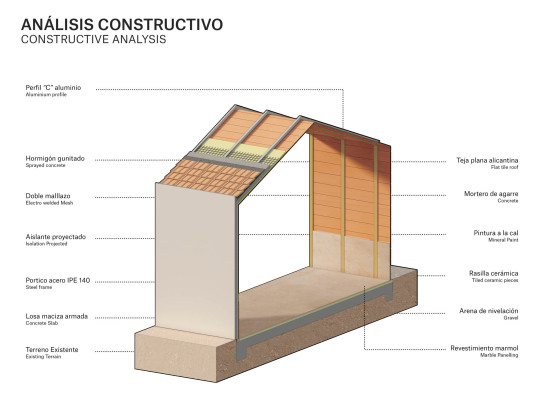