The social housing project, designed by RipollTizon, is situated on the limit between the residential part of Eivissa’s marina and an area of floodable farmland. The urban context presents a heterogeneous, uncharacterised prospect dotted with leisure and tourist constructions such as clubs and hotels next to blocks of flats and holiday apartments. A landscape without apparent order resolved through isolated volumetries of disparate images.

The project aims to avoid all that the immediate surroundings represent and to erect a building whose identity is tied to the island climate and way of life, as is the case with popular architecture, based on Ibiza farmhouses as an example of an architecture that responds to its setting: whitewashed walls and controlled openings with solar protection, porches and shaded spaces. Constructions volumetrically perceived as a sum of concatenated pavilions due to their growth over time according to the spatial needs of those who inhabited them. 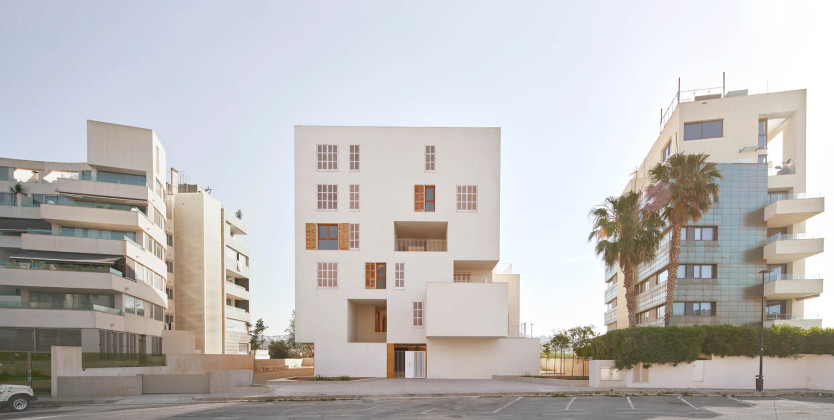 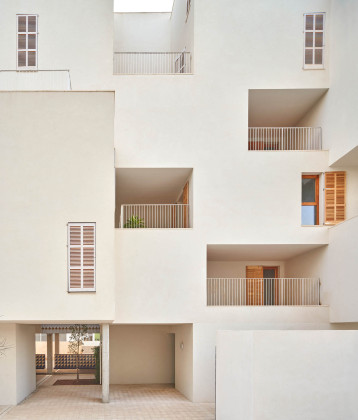 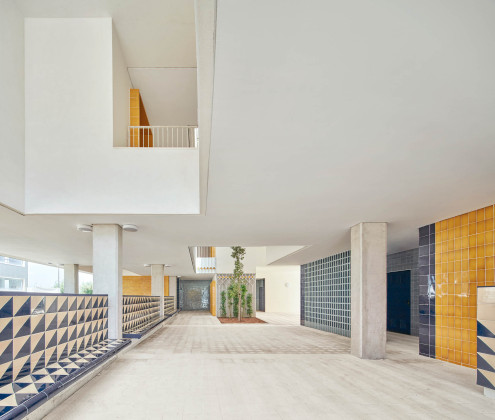 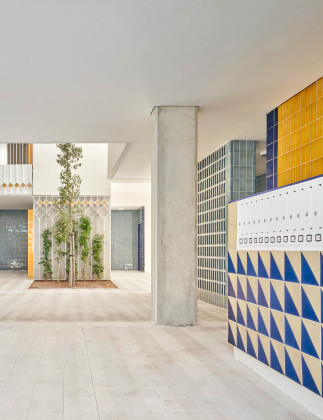 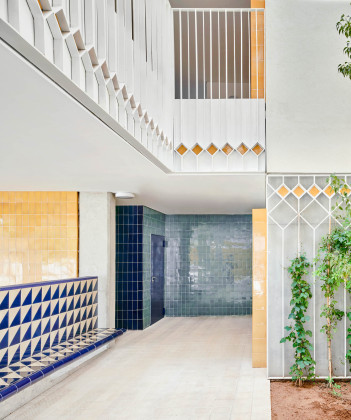 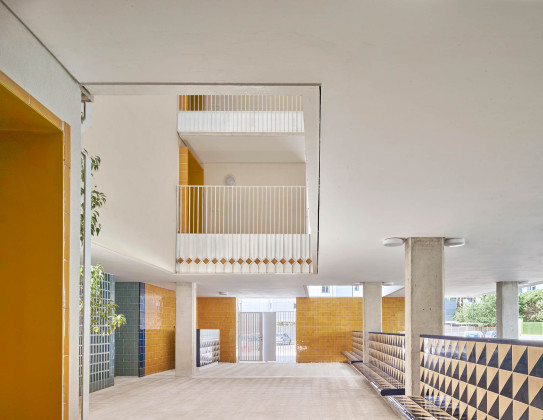 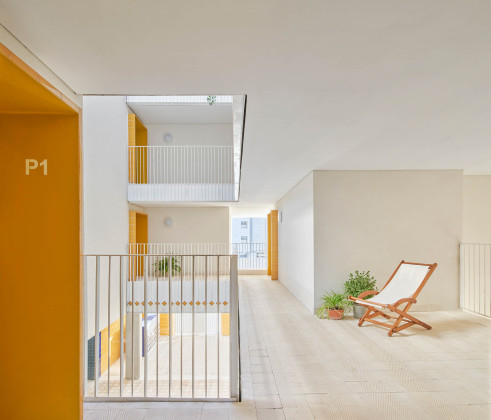 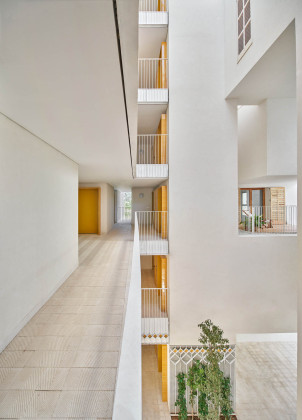 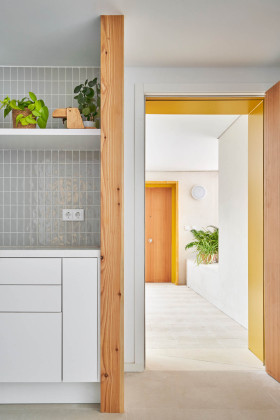 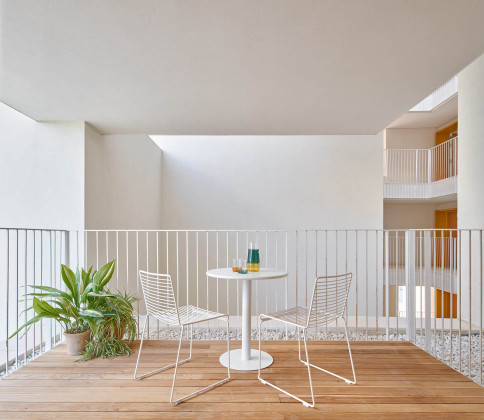 To meet the urban byelaws, the building has to be inscribed in a pyramid-shaped shell whose contour is determined by its height and distance to party walls. Some of the pyramid buildings in the area owe their existence to this. The project’s built volume is as close as possible to this máximum shell in order to liberate a void at the heart of the building, generating an interior space that breathes in several directions through interlinked openings, patios and porches while organising the common, circulation, relationship and access spaces of the flats that surround them.

Given the groundwater level, which is very close to the surface, and in order to avoid having to excavate and build underground floors, it was decided to locate the garage on the ground floor. A total of 19 flats are distributed over the 5 upper floors, all of them having a minimum of two different orientations to ensure proper lighting, sunlight and natural crossed ventilation. The building boasts A-class energy rating.

As for the way the apartments are organised, the aim was to achieve flexibility in the original approach. A system of dwellings rather than a systematic grouping of rigid standard units. This proposed system, strict in the laws that govern it, gives rise to a versatile dwelling typology that allows the different units to adapt to particular situations without foregoing the standardisation of solutions that applying the protected housing rules requires. The dwelling typology used is generated from a base module (living-dining-kitchen) to which lesser modules are attached (module extending the base module or bedroom module + others). The different combinations of these modules according to the required number of bedrooms generate the catalogue of apartments used for erecting the building. 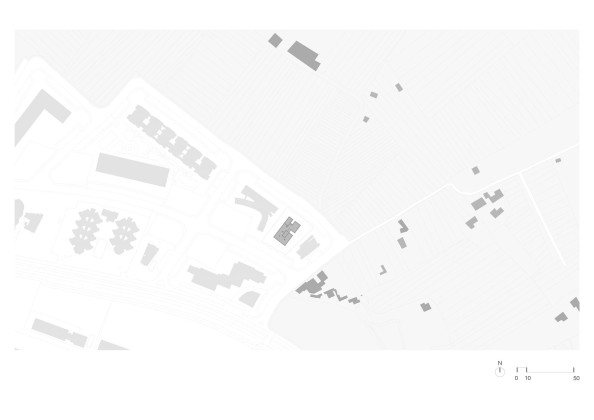 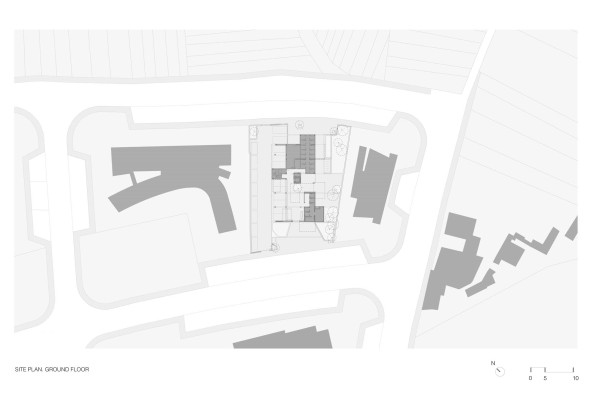 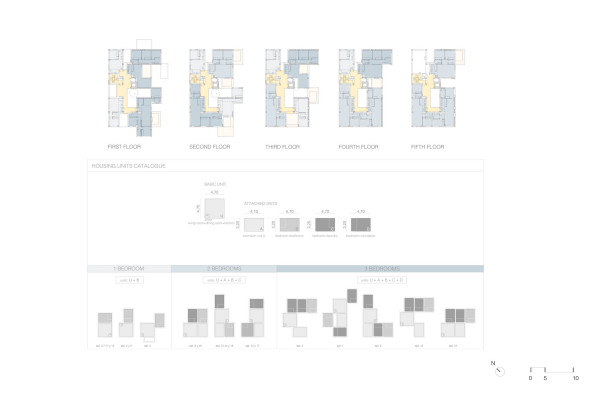 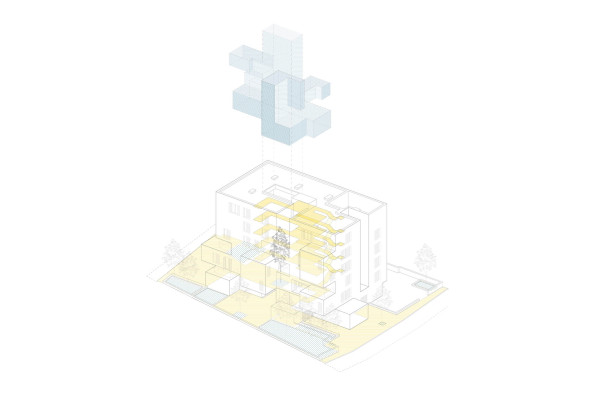 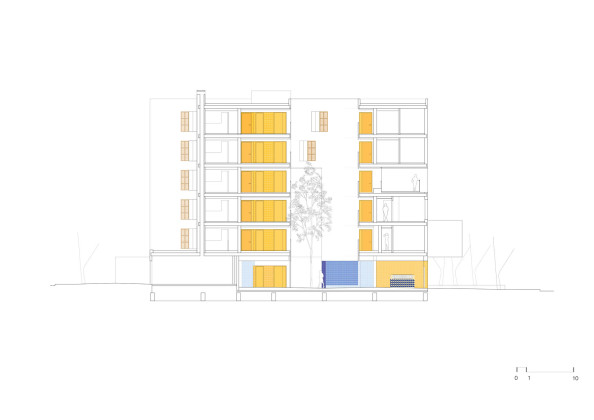 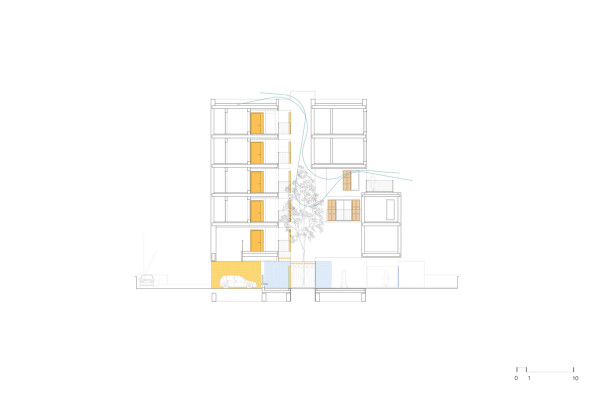