Questioning the story of being settled, Cenk Dereli’s installation located in a poetic landscape creates imaginary roots of a house that lost its place

One of the most basic forms of a home is a silhouette of a rectangular and a triangle. A house with a gable roof. And every person on earth, us, we are ideas of dwellings, as a silhouette of humans all along our very existence on this planet.

Some of us are forced to dwell in motion for various reasons. People flee from the war zones. Some others are forced by a political gadget to leave. Sometimes the reason might be economic like one that causes miles long travels of agriculture workers every season to unfamiliar territories. A reason might be an ambiguous journey to another country because of not seeing any future in the homeland. Basically, losing a belief and leaving all the familiar things behind.

Whatever the reason is, all forms of forced migration are violent. It leaves psychologically and physically marks not only on the one who migrates but also on the landscapes, cities and cultures. In a blink of an eye, the roots that had been grown in many years are torn by the forces of the migration. People float in time with all these scars for the rest of their lives. 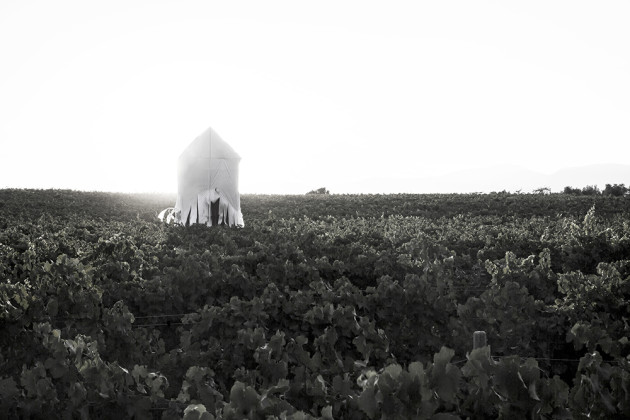 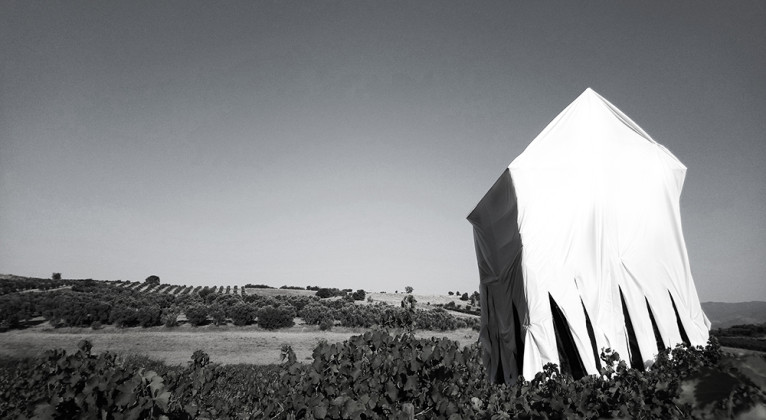 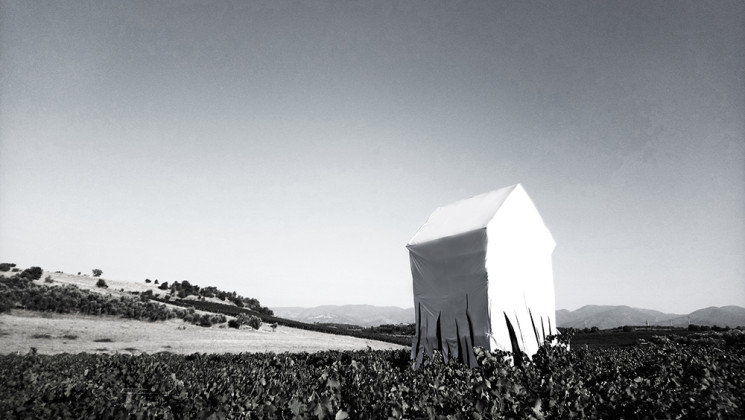 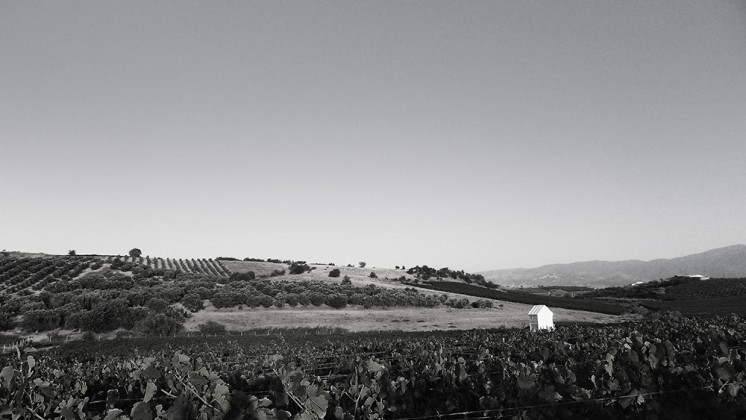 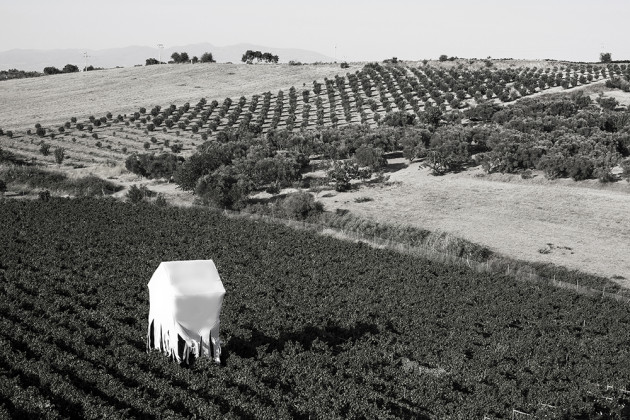 Installation, Forced Migration, imagines these people in the form of a gable house dressed in white. A ghost house which is torn from the ground. It tries to settle back again but it is not easy to do it if your roots are damaged by being torn. And it creates a feeling of hopelessness. By not touching anything underneath. Because the memories of being forced out are never cool down and always reminds that it will hit again at the most unexpected moment.

An ambiguous endless float is unbearable even for the ghosts. All negative feelings freeze at those moments of exhaustion. And what would be a better place than a vineyard to dream on digging the roots back in the ground again? A soil that had been cared for by many generations generously to create the blood of the truth and joy in life, wine. A source of knowledge on nature to human, human to human interactions that feeds the imaginaries of people for living in that very place for many generations. 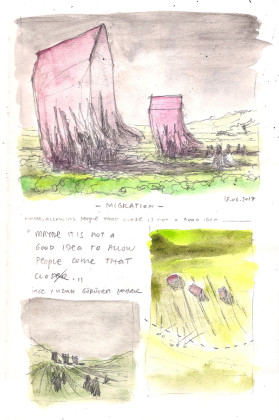 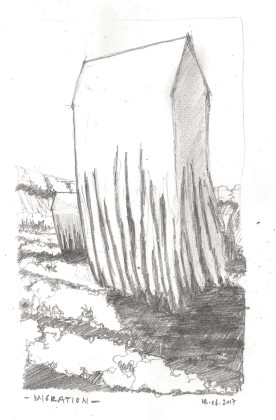 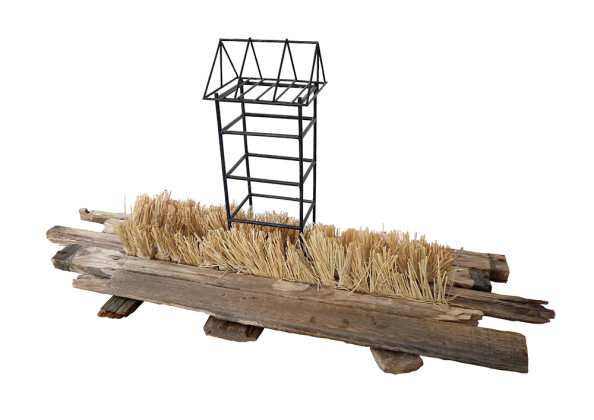 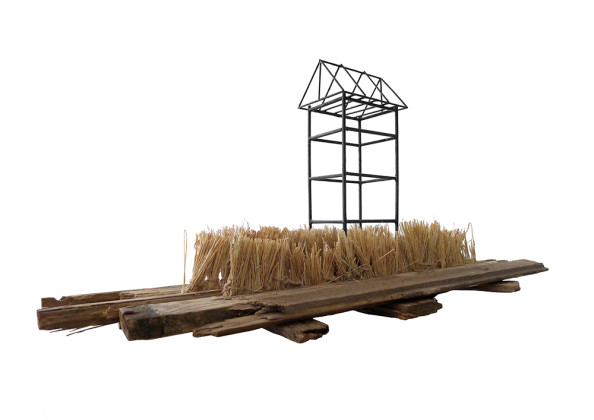 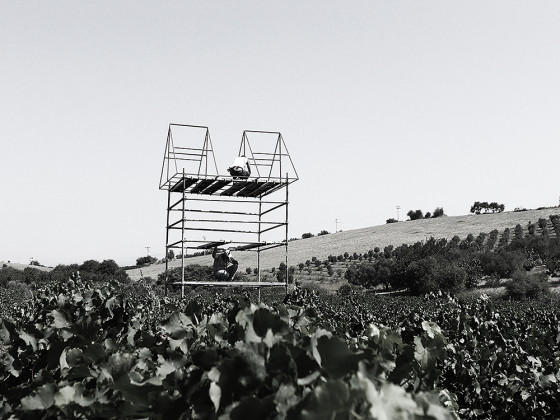 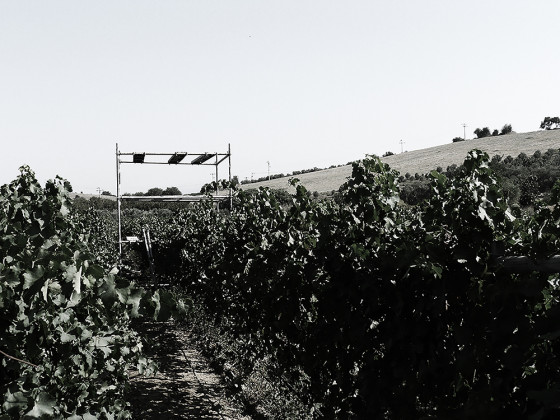 This temporary structure has been built in half a day on Nif Vineyards in Kemalpaşa İzmir on a late August day in 2017. And stayed there only 14 hours and vanished away into our imaginaries. It continues to float in dreams to find a place to settle. 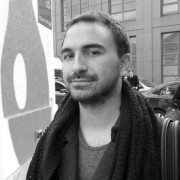 A graduate from Istanbul Technical University Architecture Department, Hasan Cenk Dereli has a M. Sci. in architecture with the thesis named "Everday Creativity in City-Scape" that examines the city dwellers creative contributions that shape the everyday life and urban space. He is a PhD Candidate in architecture working with urban politics and proactive design ideas. His personal creative productions define a practice span from radio production, music, design research to events organization. With his works, he took part in Ljubljana and Istanbul Design Biennales. In 2011, he had been selected to the Parsons Paris Creative Residency Program in Paris and in 2015 to IASPIS Residency Program in Stockholm. He is one of the members and project coordinators of pro-bono architecture practice Herkes İçin Mimarlık Derneği (Architecture For All Association). He is the founder and manager of Nobon, a creative office organizing events and producing design ideas.