KiKi ARCHi renovated a house in Beijing, China that blends tradition with modernity. The project is described as follows by the office:

The project combines the owner's classical collection hobby with the design concept that conforms to the contemporary lifestyle. By replanning and adjusting the structure, layout, daylight, and material texture of the house, it demonstrates the "sense of ritual" and ‘inclusiveness’ in life, as well as the balance between space and display design.

The biggest challenge for KiKi ARCHi was what to do with the house owner’s collection of Golden Nanmu (Phoebe zhennan) wood furniture which was the "main character" of the house. As we all know, Nanmu was a popular architectural and furniture material for the imperial family in Ming and Qing dynasties, used in the Forbidden City in Beijing, China. In the designer's opinion, when confronted with Golden Nanmu furniture, the limited living space will be "flooded" immediately. In addition, its classical style, size, and traditional decoration will also bring a sense of disharmony to modern life. 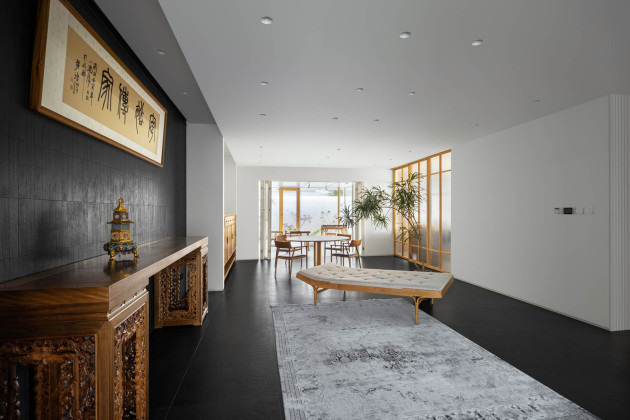 The house consists of a garden terrace, a basement and 2 floors above ground with an attic. The first floor where the owner stays for the longest time in daily life is the key design part. It includes the hallway, dining room, kitchen, tea room, outdoor courtyard, etc. The theme of the design is "Coexistence of Nanmu and Modern Life". The tone, light and texture are taken as the entry point to balance the relationship between nanmu furniture and the environment. The three colors of black, white and gray are used in large quantities, corresponding to the scenes of ‘traditional’, ‘modern’ and "transition" respectively.

Entering the hallway, the designer created the concept of a "patio" by adjusting the structure. The original washroom above was removed to create a 5-meters high space while bringing light from the second floor to the first floor. On the side leading to the living hall, the black-framed glass sliding door serves as a transitional element to open the upcoming dark scene. The grey terrazzo floor plays the role of connecting with the outdoors, and the white arc-deco wall softens the light and shadow to create a sense of rhythm, echoing the wall cabinet and sliding door.

The dark scene living hall gives a solemn feeling. Its form originates from the "central room" in traditional Chinese architecture. The golden Nanmu long table and the calligraphy work on the wall present the classical charm. One interesting thing is that the couch on the side breaks the stable layout and the symmetry in the traditional aesthetic, conveying a relaxed feeling closer to modern life. 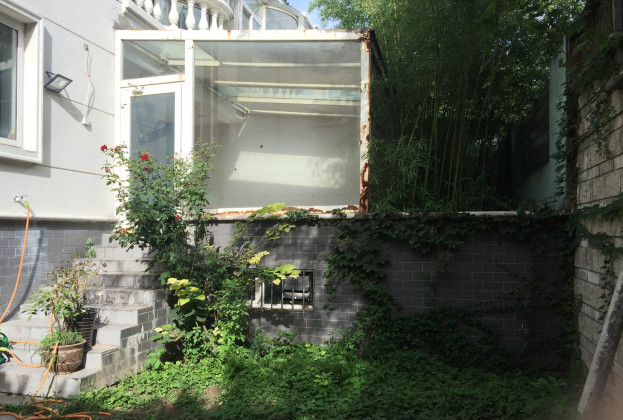 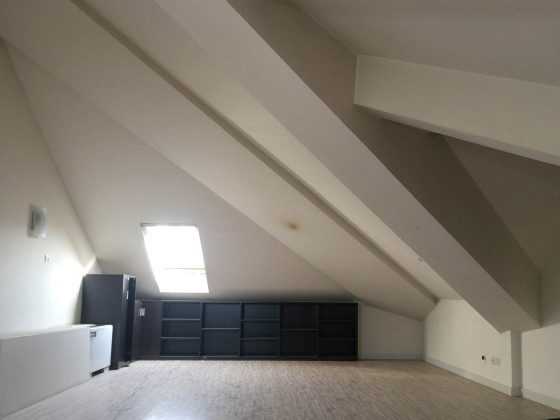 The dining room next to the living hall returns to a bright tone. Custom-made table, chairs and side cabinet, using a simple and modern form to highlight the characteristics of golden Nanmu wood. In particular, the built-in side cabinet becomes a part of the space structure, weakening the sense of volume and appearing more delicate. The kitchen on the opposite side, connected to the garden terrace, adopts a gray tone as its style. All functions and operation areas are set up against the wall, The hanging shelving not only satisfies storage but also maximizes the circulation of light and air. The glass room located at the end of the first floor, which is attached to the garden terrace, is the owner's favorite tea room. It is made of an aluminum roof and glass partition, emphasizing the sense of floating and extension. The display design creates a contrast between virtual and real, where the concept of time seems to disappear and a spiritual dialogue takes its place. The landscape set off by the white wall looks like a four seasons screen. The minimalist garden terrace has a sunken platform and an external stairway that connected the basement. The renovation makes the outdoor environment more layering. The grounds, steps and walls are all unified in a white background, responding to modernism. As an attached space, this tea room and garden terrace fully interpret a kind of freedom.

The staircase hall leading to the upper floor is designed with floating steps and a one-piece handrail. The surrounding white arc-deco wall creates a sense of wrapping, like a gentle white passage, paving a quiet and warm atmosphere for more private rest areas such as the study room and bedroom. It is worth mentioning that the attic, which used to be difficult to use, has been transformed into a small space for meditating, playing the zither, and incensing, expressing the purely spiritual world.

It is recorded in ancient Chinese books that golden Nanmu is a fine and sturdy material with special texture and silky luster, emitting delicate fragrance and being very elegant. It is similar to a well-designed house - the coherent design logic creates a stable "inner part", while the exquisite display presents a beautiful "exterior part", which carries a lovely life for a long time together. 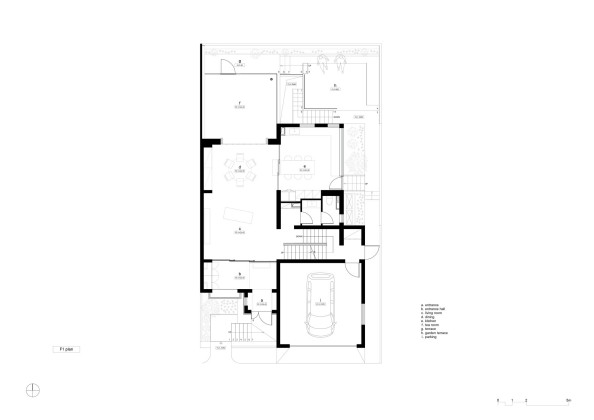 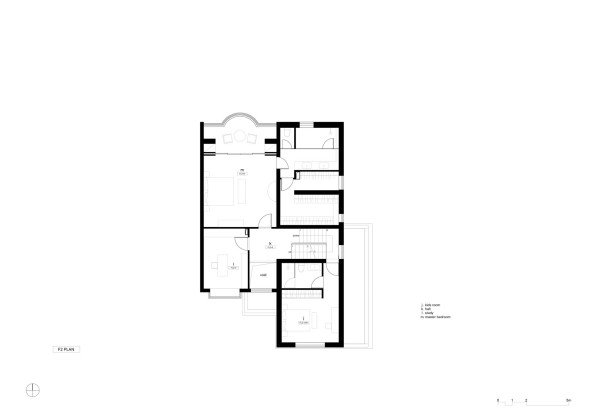 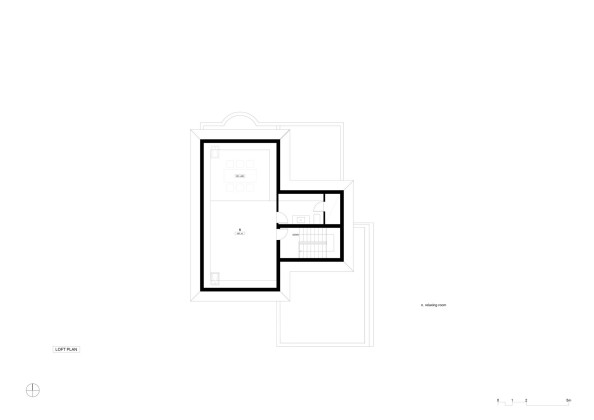 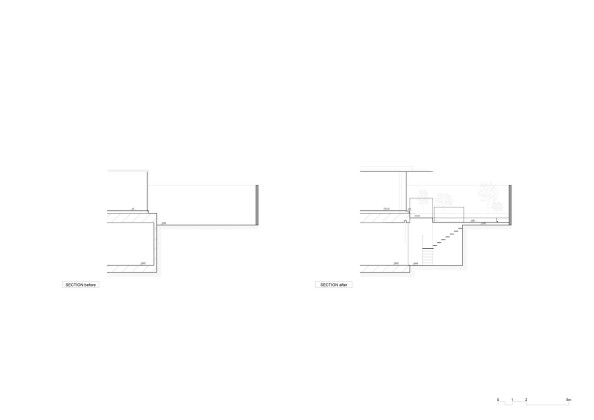