Focusing on the relationship between the old and the new, Suochengli Neighborhood Library retains both the lifestyle and pace of the local community, while serving as a practice of contemporary culture and aesthetics of modern society.

Suochengli Neighborhood Library, as a satellite branch of the Chefoo Institute and Library, is located in a traditional Chinese courtyard in the northwest corner of Yantai’s historic district Suochengli. Before the renovation, three rooms in the backyard of historic Zhang Ancestral Hall revealed an intricacy of information and elements. Although the original conditions might appear messy, in our point of view, the added structures by local residents from past years were precious traces of time. In order to accommodate the courtyard with needs of contemporary lifestyle, how to deal with the relationship between the old and the new became the focus of our design.

Firstly, we did a systematic reorganizing and restoring of the original walls, doors, windows, roof truss, flooring and other architectural elements. At the same time, we established a cloister system for this courtyard house, reframing the courtyard into several smaller sections, including a multifunctional public space at the center and three parts of vegetation on the sides. At the entrance, the cloister opened out into the alley of Suochengli neighborhood as a gesture of invitation for the public. Within the courtyard, the cloister connected all the programs, including the entrance, reading space, café, gallery and restroom, creating space for outdoor activities. The cloister would also function as a rain shelter during bad weather conditions. 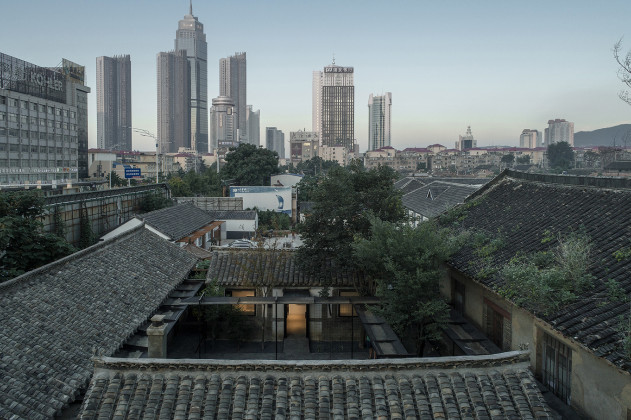 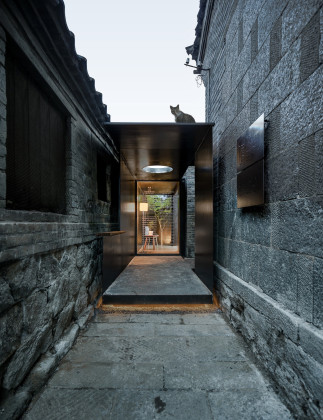 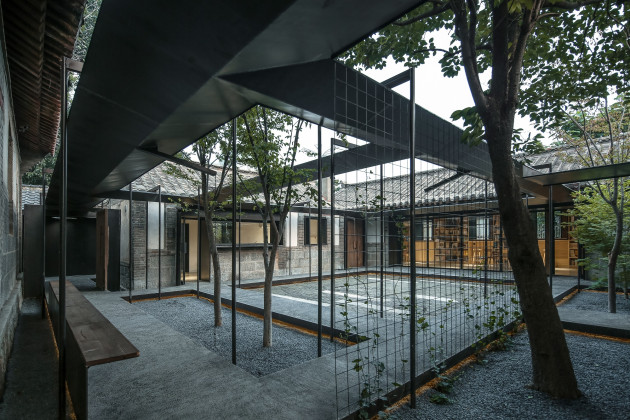 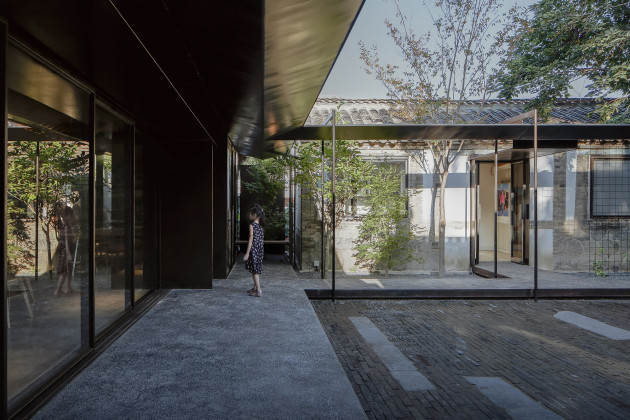 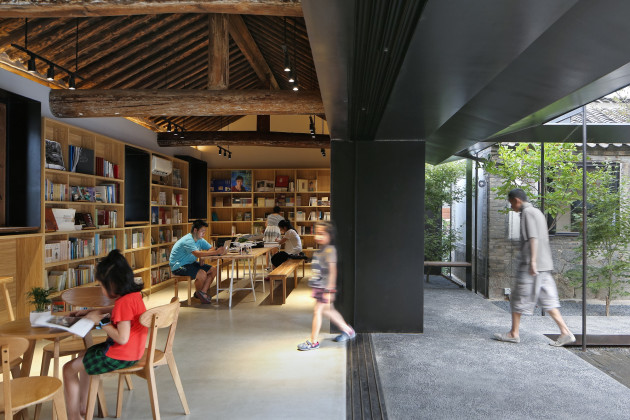 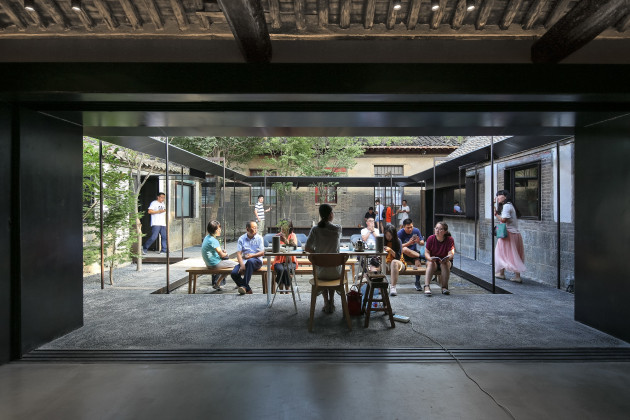 Weathering steel, a new material introduced to the existing courtyard, would serve as the structure as well as the spatial interface. Its muted coloration would sit well with the tones of old brick, stone, tile and greenery. The bent steel canopy was suspended by the gantry-like frame. The bent steel plate became structure itself and served in place for the beam system. It also functioned technically as a rain gutter and visually as an element of lightness. The 8 mm thick steel plate articulated the delicate edge of the material and the 40 mm diameter steel columns supported the cloister system, indicating the historic weight of the new intervention in comparison to the old house. 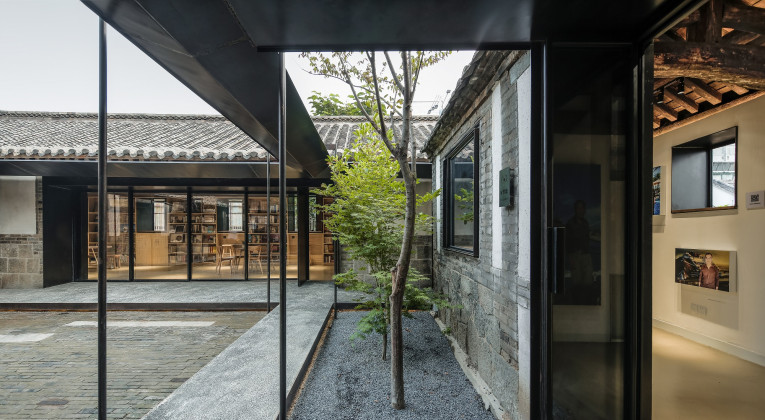 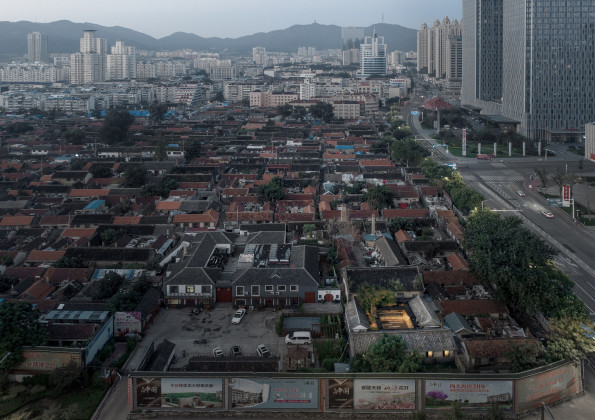 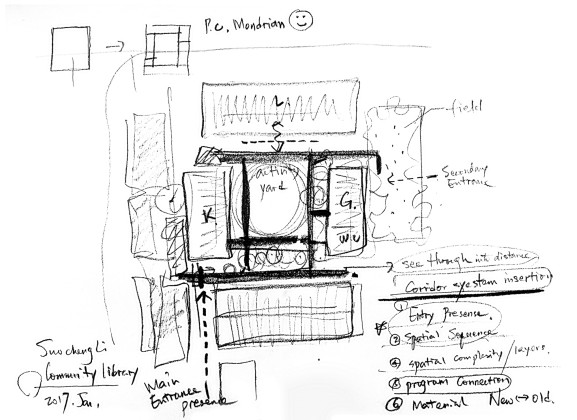 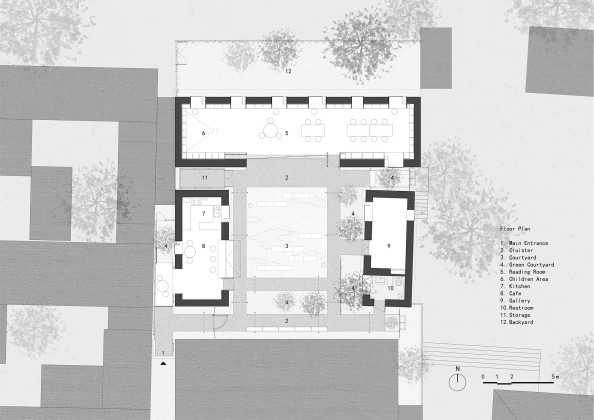 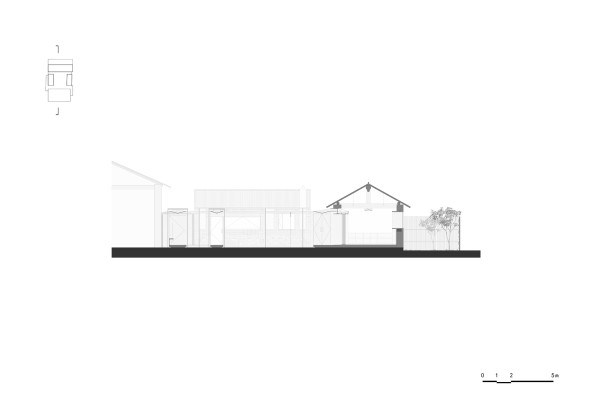 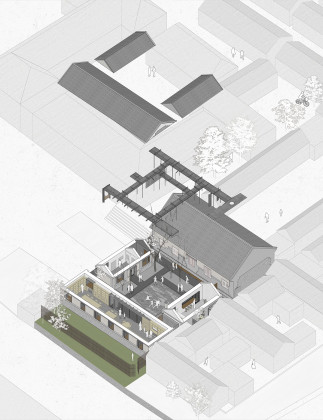 We believe that the architecture of our time should, in an intelligent way, reveal and reactivate the historical assets and local cultures. The library would retain both the lifestyle and pace of the local community, while serving as a practice of contemporary culture and aesthetics of modern society. Within the space, where a dialogue between the new and the old would be cultivated, the energy and vitality from local communities could be stimulated, further contributing to the knowledge production and dissemination as well as space sharing. 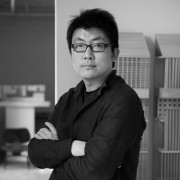 Gong Dong received Bachelor & Master of Architecture from Tsinghua University, followed by a diploma at University of Illinois where he received the Master of Architecture. He worked for Soloman Cordwell Buenz & Associates in Chicago, then at Richard Meier & Partners and Steven Holl Architects in New York. In 2008, Gong Dong founded Vector Architects in China, and he has been a visiting Studio Professor in Tsinghua University since 2014. His firm and projects have been widely covered by many academic media and are awarded both in China and internationally. Representative Work: Seashore Library, Seashore Chapel, Alila Yangshuo, Suzhou Intangible Cultural Heritage Museum, Chongqing Taoyuanju Community Center, Bayuquan Vanke Exhibition Center, Eco-Farm Series-Visitor Center and Harvest Pavilion, and M Woods Entrance Revitalization, etc.