Malha, a co-working space designed by Tavares Duayer Arquitetura, brings together different parties of fashion industry under the same roof with an approach to create an innovative, collaborative, local and independent platform

MALHA was created to be an innovative platform for the fashion world. A way in which creators, entrepreneurs, producers, suppliers and consumers, committed to building a new way of operating in the fashion world, could establish connections between one another. More collaborative, local and independent, aligned with the issues involved in the debate on sustainability, new forms of consumption and environmental concerns. The physical space, therefore, should reflect this.

With this in mind, the first decision was to take advantage of an existing structure. A warehouse space was chosen because it`s an open plan space, it stands at a height of 9 meters, and it contains translucent tiles, which allow the entrance of natural light, all fundamental components.The program consisted of small offices for residents, a photographic studio, a sewing studio, showroom, natural food restaurant, shared kitchen, administrative area, as well as a multipurpose room, co-working space and auditorium. 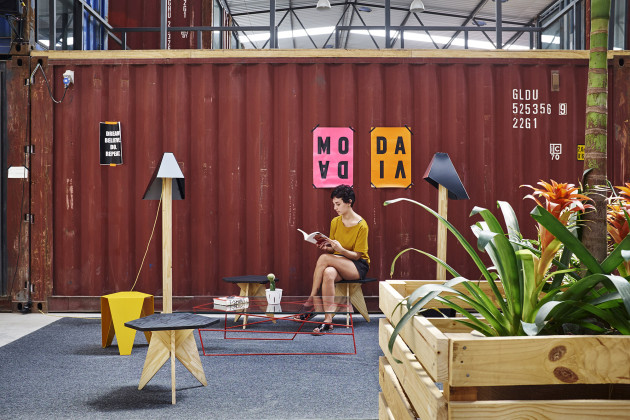 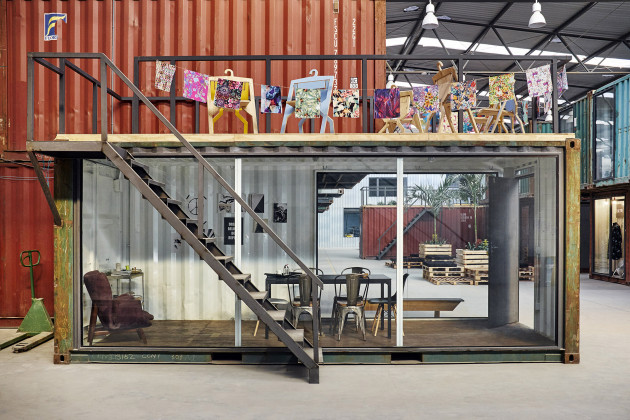 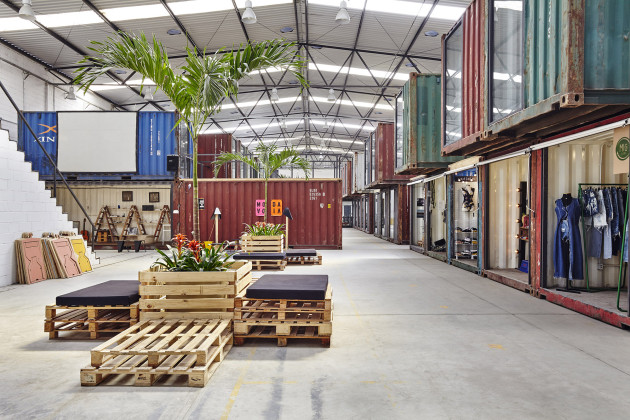 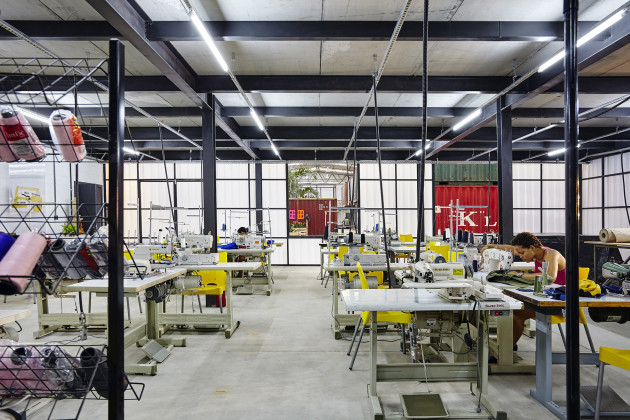 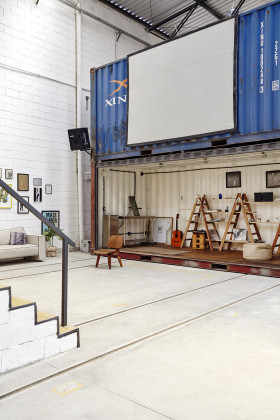 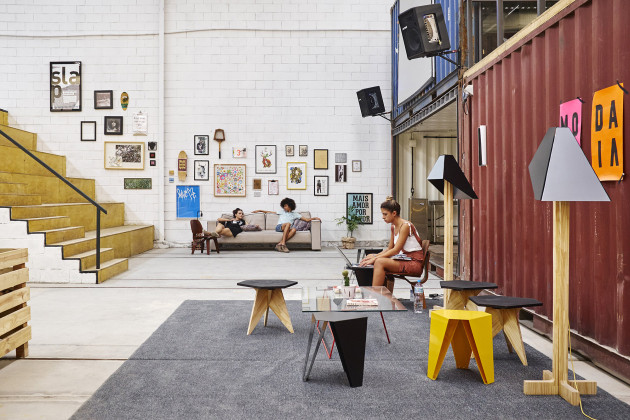 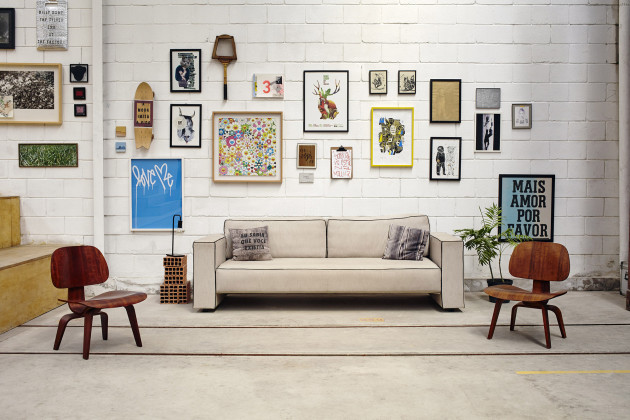 The project to occupy the hangar should not only reflect the MALHA collective`s concerns about sustainability, but also promote meeting and exchange. The space should be treated as a great democratic site of debate and learning. The starting point for the occupation strategy was the use of containers as the main constructive element that would allow the distribution of the program throughout the hangar, as well as a quick and clean construction. The logic of the occupation consisted in the creation of empty spaces between the forty-two repurposed containers, distributed over two levels along the interior walls. This empty space between the containers structures the project and was intended to provide different ways of appropriation and occupation, such as parades, markets, debates and film screenings. Some pallets have been spread throughout the space, serving as seating, and small plant beds have been set up which, combined with the sofas, benches and tables, create an atmosphere that blends the ambience of a house with that of a public space.

The photo and sewing studios and the showroom were arranged near the main entrance, while the natural food restaurant, multipurpose room / co-working space, administration room and shared kitchen are concentrated on the opposite side. There was also an open space for lectures and cinema, which consists of a kind of grandstand facing a big screen. For the occupation of the interior of the containers, six different uses were proposed, among them, offices, meeting rooms, and pop-up stores. In addition to the container, materials of low environmental impact and low cost were chosen, such as plywood, metallic tiles and translucent tiles, applied to the internal façades. 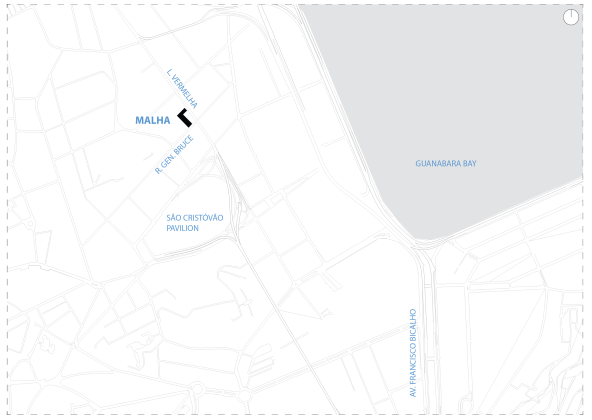 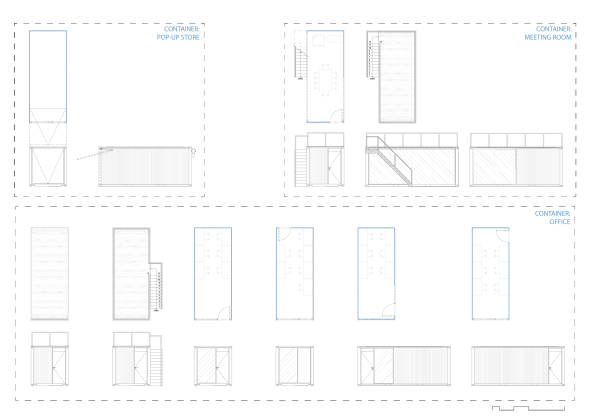 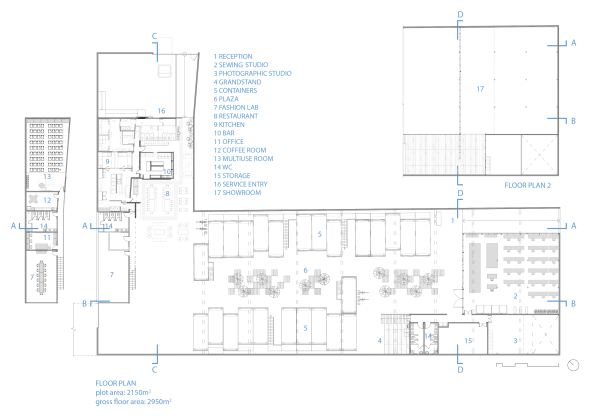 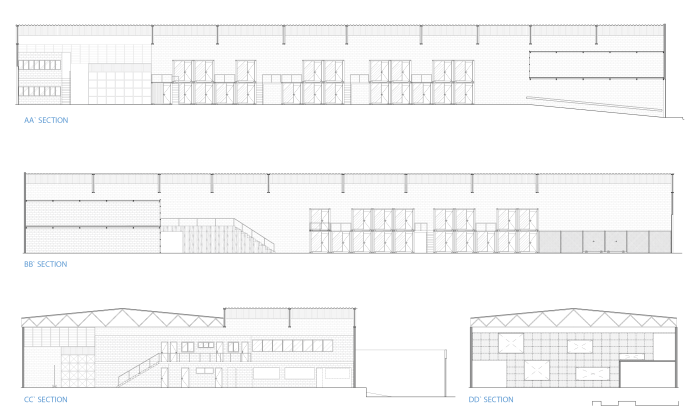 Through all these choices, the MALHA project was committed to rising to the contemporary challenges posed to architecture practices in big metropolises, such as Rio de Janeiro, which involves, among other things, exploring the potential of existing structures. This implies studying new forms of construction and new spatial mechanisms for the occupation of interiors. With this in mind, the project sought to contribute some solutions to these problems. The fact that MALHA works as a public space, welcoming innumerable people, in addition to those who work there, allows the debate to be extended beyond architecture circles, since the strong presence of the containers and materials chosen does not go unnoticed by visitors.