The project by Elii includes the refurbishment and extension of a current building for Save The Children Foundation’s new headquarter, using participatory design process in an effort to create a sense of belonging

The building for Save The Children Foundation is a strategic point in the San Diego neighborhood for the social work that this NGO carries out in the Vallecas area. The project involves the refurbishment and extension of the current building so as to address the needs of a child care center. The proposal is based on adding a new body that is suspended over the existing structure. This extends the building and configures a new façade, as well as a new communications and service core.

Refurbishment of the Architectural Support
A series of architectural actuations serve to update the body of this 1950s building: 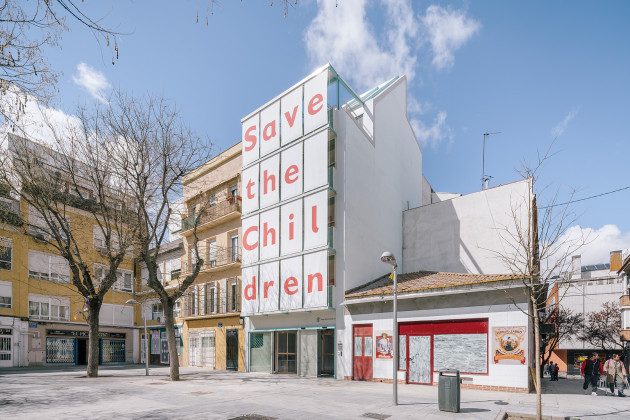 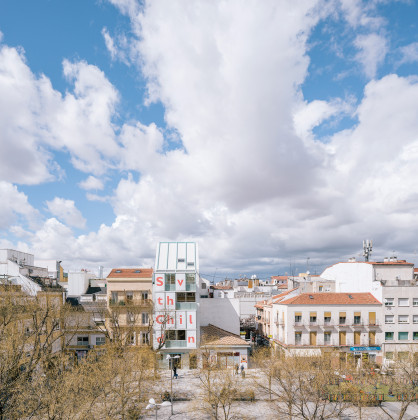 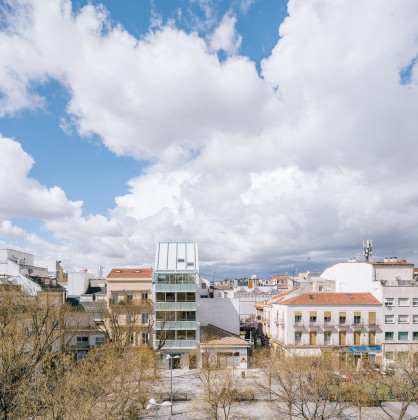 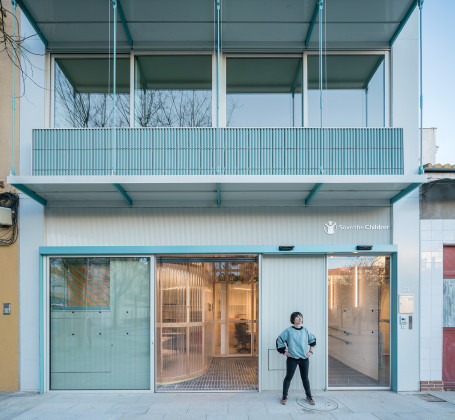 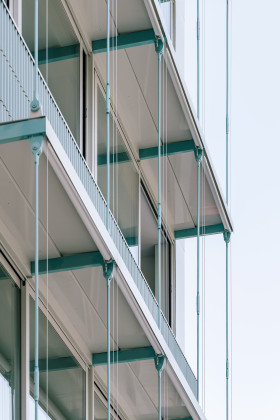 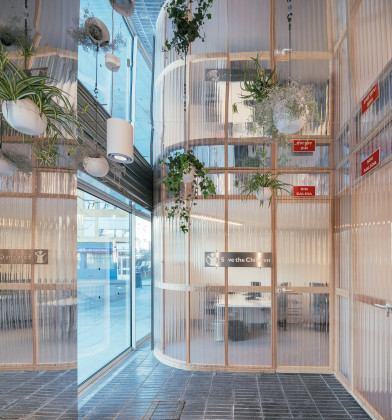 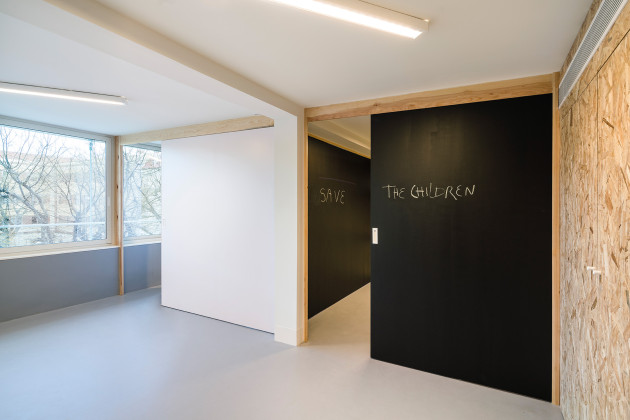 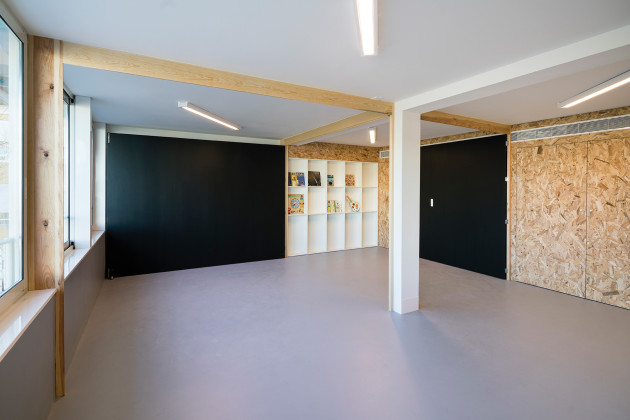 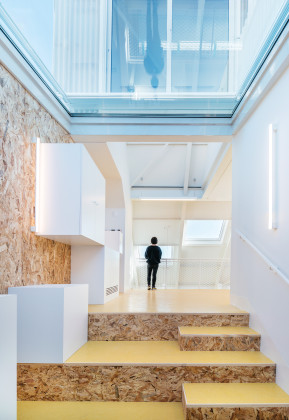 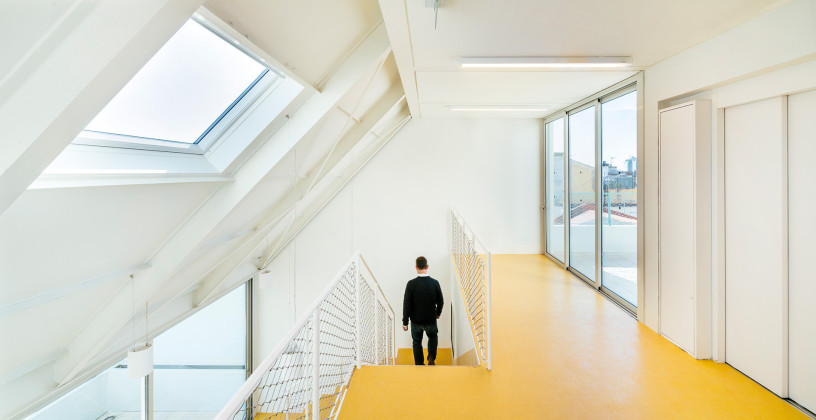 Stimulating Affection
The building is equipped with certain elements to allow interaction and appropriation of the spaces by the users as well as an emotional attachment to the new headquarters. The study of some modern child care methodologies highlights the relevance of practices that encourage self-confidence, responsibility and affection for others, such as the care of pets or plants. Some of these approaches are transferred to the architectural support with a series of spatial, material, chromatic, furniture and design actuations, such as: 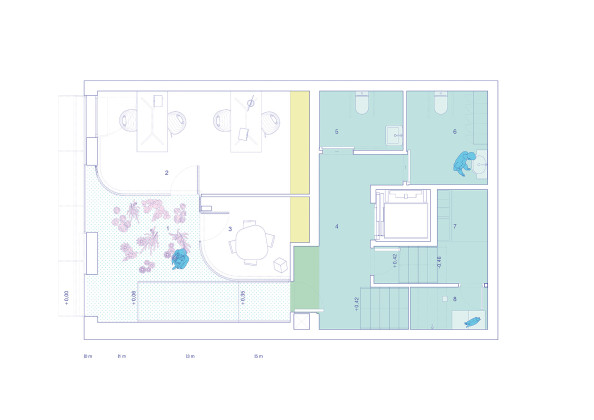 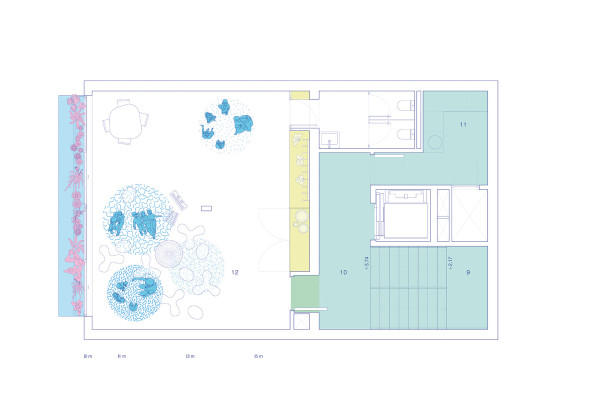 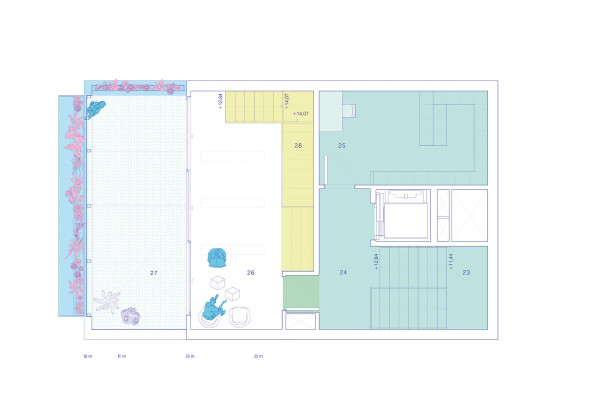 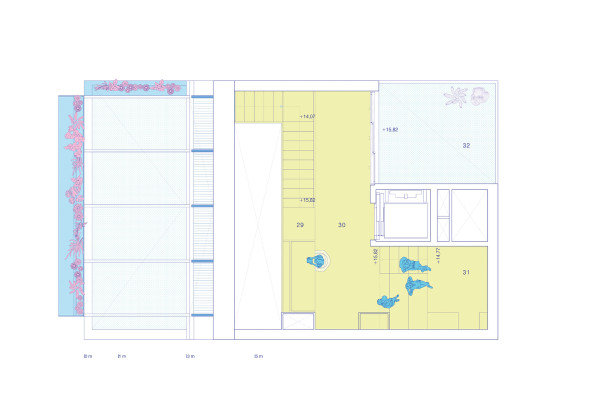 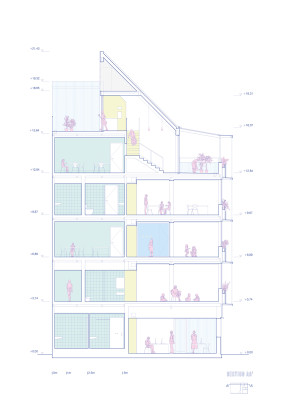 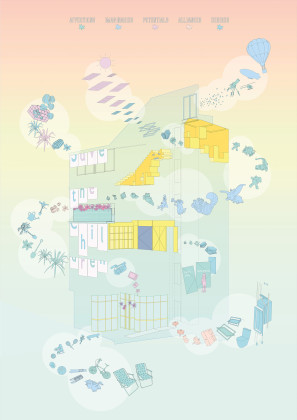 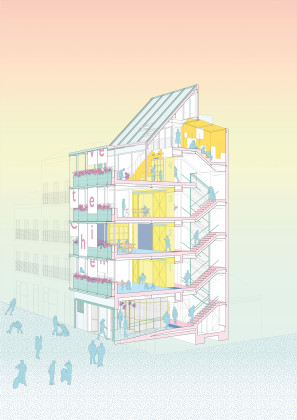 Energy Strategy
A series of basic active and passive bio-climate measures have been presented to complement the comprehensive air conditioning strategy:

Phases and Updates
In order to shorten the schedule and lower the required budget, the project has been presented as the essential refurbishment of a “basic” hardware to allow the Foundation to start its work in the neighborhood. Nevertheless, a number of building actuation protocols may also be incorporated so it is possible at a later date to include new elements in the “hardware”, adjust the performance and update the main structure as the needs of the NGO evolve. These elements include:

These operations extract the full potential of the building by means of a program that is both exciting and functional, as decided by the three juries (the experts, the personnel and the children) that participated in the voting. 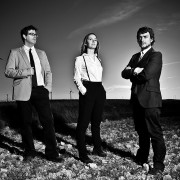 The architectural office, which has been run by its founders Uriel Fogué Herreros, Eva Gil Lopesino and Carlos Palacios Rodriguez since 2006 produces projects on different scales such as residential, renovation, industrial buildings, design and furniture exhibitions, urban planning, public space and urban furniture and works in various stages of the projects. The team's directors continue to produce architecture through both their academic work at various universities in Spain and their editorship in UHF Magazine.