Dynamic Intervals within the Static

Organized for the 16th time, the theme of the 2018 Venice Architecture Biennale is “Freespace”. According to the curators’ statement, Freespace is a phenomenon that makes us realize new intervals within what already exists in architecture and offers an opportunity of a democratic space that is unprogrammed and open to be designed functions if needed. It is benign to do a critical reading of the exhibition, through the perspective of the theme. If I have to summarize the biennale in one word, it would be “foggy”. And the main reason of the fogginess is the theme itself. Investigating into the words “free” and “space” separately, they not only have potentials in terms of multidimensional meanings, resulting from their flexibility, but also pose some threats brought by those exact potentials.

There are two important problems with the main exhibition that hosts interpretations of “Freespace” by more than 50 invited architects, including Bjarke Ingels, Peter Zumthor, Takaharu Tezuka and more. The first problem is that most of the works have not been exclusively produced for the biennale. Existing buildings are represented by only 3D printed or laser cut models with different materials. They did not even attempt to use different architectural representation tools. However, the theme requires more than today’s technology, 3D printers and skills to make good models. Otherwise, we can read the notion of “Freespace” however we want due to the flexibility of its nature. (The limits are being pushed in the 3D printing world; what I mean is designers should not just accept this technology with the current ways of using it, but put different interpretations on it.) And the second problem is the rarity of the experimental works which are interactive or produced without a clear intention. In this regard, many of works at the exhibition needs to be questioned in terms of their relation with the theme. Let’s start with a few of them. 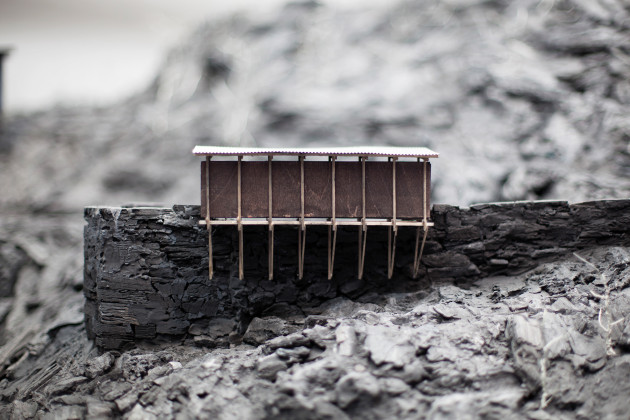 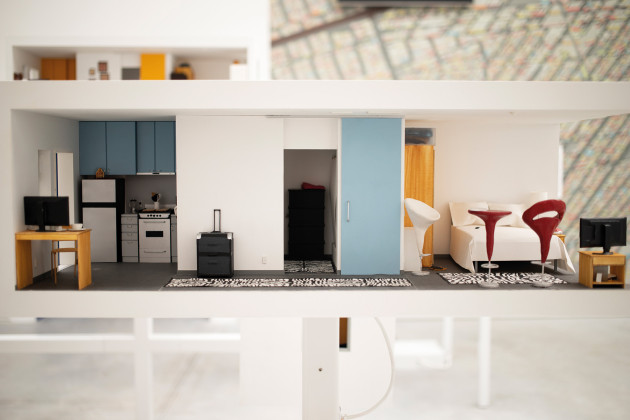 Repetition
Peter Zumthor’s admirable architectural models are among the biennale’s most appealing works. No one can argue how much Zumthor has contributed to architecture discipline, yet apart from his projects and the quality of the models, the exhibition’s relation with the theme seems so weak. In fact, the very same situation can be dominantly observed in the main exhibition all over. And this is a result of not only the dangers of the theme which I said above, but also architects’ way of approaching to the profession and their methods which are not open to interpretation. On the other hand, it is really bizarre to be still discussing about the shapes of the things and visuality as it has been more than 20 years since Juhani Pallasmaa published The Eyes of the Skin.

(Not) Trying
Back to the main exhibition in Giardini, let’s have look at the Star Apartments designed long before and built in 2014. Star Apartments is a project by Michael Maltzan Architecture that transformed an existing building into a mixed-used complex with 102 apartments for homeless individuals. Again, another work that only aims to put what already exists in a different way – without an effort made particularly for the biennale. And of course conventional modelling methods as well as today’s indispensable 3d printing technology are used for the representation. What I criticize here is not the qualifications of the work, but the way of its existence at the biennale, its presentation without a new interpretation; consequently being unable to go beyond and even unable to reach its own meaning.

Connotation
Another work I want to mention is Freedom of Use by Lacaton & Vassal. Even the name of the project leads to different connotations. At least there is not a 3D printed city model at this exhibition, so we can call it semi-experimental. Well, what does it concern? It seems like the work took off with the idea that “Here is a place and it is empty!”, then continued with “freespace as a space” motto. The result is a video collage, and you can even sit as you watch it!

Participating in the biennale and exhibiting a project is definitely not an easy thing to do. However, taking this responsibility does not mean you can put anything you want to the place designated for you. If so, there should be no need to determine a theme or release a statement over the theme. According to what we saw through these works, this approach destroys all the effort that has been made. On the other hand, the biennale should primarily set a goal. And when doing this, it could start with seeking for answers to questions such as “Why does the biennial exist?”, “What does the biennial do?”, “For whom does the biennial exist?” These are the questions Turkish Pavilion that I participated in is concerned about.

I think the main exhibition acts as a publicity space for the invited architecture firms; like a fair, with too many architecture offices and their designated booths where they display the sectoral work they have done. By crossing the line – and degrading the meaning of the exhibition – one can also say that the main exhibition is like a catalog, in fact a catalog prepared for architecture offices. On the other hand, the national pavilions are obviously much better than the main exhibition, notwithstanding that a few of them has similar problems. Even though a biennale has rather a dynamic structure, seeing the main exhibition so static is thought-provoking. Indeed, the main reason of the foregoing problems is maintaining the “classical perspective” approach in today’s architecture scene and in ways of its interpretations. There is nothing we can learn from pursuits that begin with “Let’s do something dynamic!” or “Let’s do it again!” – like exactly what happens here; we cannot learn anything beyond the point where 3D printing technology has reached today. Maybe it will be possible to explore beyond when we are able to check if there are new dynamic intervals within the static. 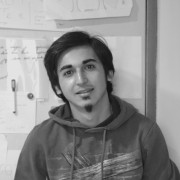 Born in 1998, Ali Tiknazoglu began to study architecture at Gebze Technical University in 2016. He is the vice president of Mimarlık ve Tasarım Topluluğu (Architecture and Design Community) since March, 2017. He organized the “RE-vizyon” workshop as a part of UMÖB 17 (National Meeting of Architecture Students) held in Samsun. He has designed various posters for different student clubs. He is also the designer of the logo of “Kelebekro” International Robot Olympics 2018.