Trying to avoid reading reviews on this year’s Venice Architecture Biennale , and to focus on my perspective, my point of departure in this text will be my quick notes, scribbled in the long halls of Arsenale and under the tree shades in the over-crowded Giardini. Categorizing my rampant notes was an easy task actually but writing on the main exhibition, that I did not enjoy, was not.

I. Architecture as an Autonomous Practice
The previous architecture biennale was focusing on the social aspects of architecture and therefore expanding the discipline’s limits of action and interaction, offering new territories to discover and to experiment. This year’s version felt as if we had tried a lot as architects to change the world for the better and failed, so started to close the discipline upon itself back again as an indication of hopelessness. Once more, architecture is reduced to buildings through a materialistic and formal reading. Michael Hays draws a dichotomy in architecture’s relation with the culture: “architecture as an instrument of culture” and “architecture as autonomous form”. “Nevertheless, the absolute autonomy of form and its superiority over historical and material contingencies is proclaimed, not by virtue of its power in the world, but by virtue of its admitted powerlessness. Reduced to pure form, architecture has disarmed itself from the start, maintaining its purity by acceding to social and political inefficacy.”1 Following this autonomous approach, the main exhibitions were in search of a “pure” architecture that overlooks the social conditions of today. From the scale of a single building to urban space, what is in question is only the visible and bodily experienceable.

As walking through the recently completed projects, the feeling of scrolling down on Archdaily takes over. Even projects with social, ecologic or economic concerns and motivations were presented through a focus on their materialities or processes. As I recognize a considerable proportion of the exhibits, I realize and get surprised of how differently one can interpret the same project. Though, it was interesting to see from how many different points of view one can evaluate a project. I will explain this through two specific exhibits: Sala Beckett by Flores & Prats or BC Architects and Studies’ section. For us -as we have recently covered the project in XXI- the main value behind Sala Beckett was architects’ attention to existing structure, “the ghosts” it had -in their words. Bringing a pseudo “fragment” of this building to Arsenale – through huge panels with the photos of the building and a seating unit – has not only failed in replicating the spatial feeling, but also created a totally oppositional standpoint to the main values project encompasses. And BC Architects from Belgium have been working a lot with communities with economically harsh conditions and their work relies heavily on using local materials to empower local economy. It would never have occurred to me to bring in their machineries for brick production. Here “what architecture is for” lies secondary to “how it is produced”, emphasizing the very notion of it as an autonomous practice. 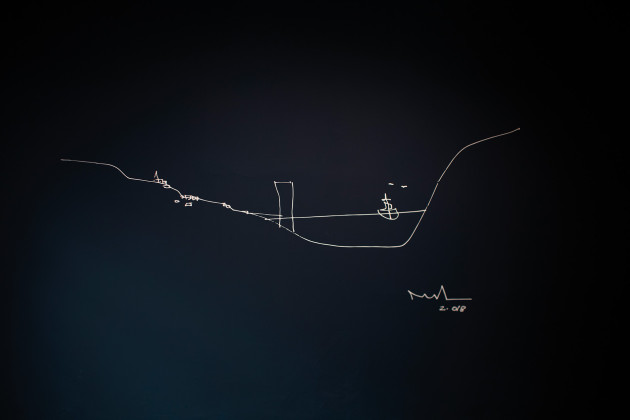 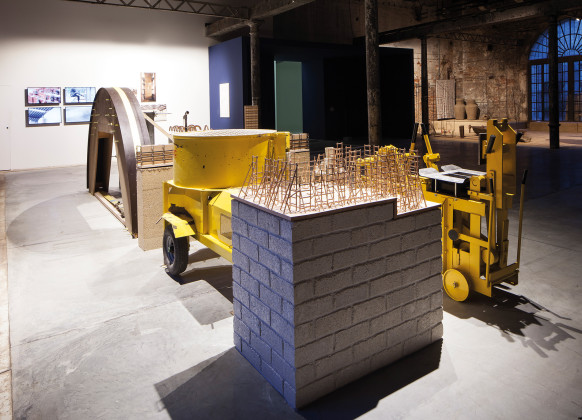 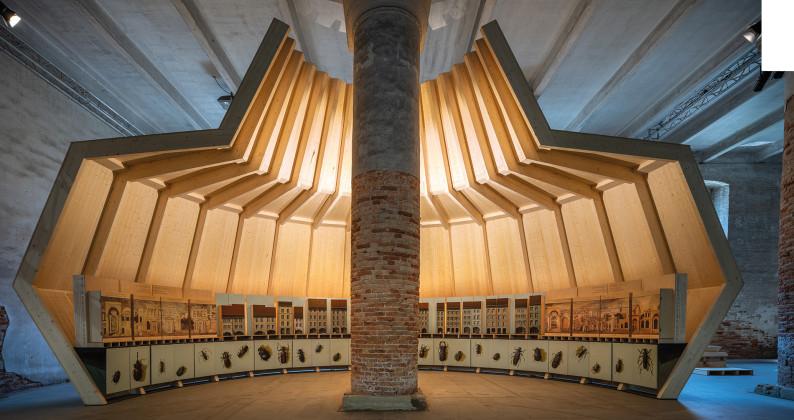 II. Women Architects x Feminism
I think everyone recalls the feminist vibe when Yvonne Farrell and Shelley McNamara were appointed as curators for this year’s biennale. It was celebrated as it has been long time since just women (not accompanied by fellow men) were taking this power position. However, having two women as the curators does not automatically give us a feminist biennale, as it also should not automatically give us a patriarchal one neither.

We have two curators who proudly answered to a question at the opening press conference that they had not had any difficulties for being women architects. Hats off! Even this might be the case, any architect saying this has to acknowledge her privileged position as it is clear as sky that there are many women struggling within the architecture profession. It is better to argue feminism here in terms of third wave feminism2 as Nancy Fraser describes, without limiting ourselves with the fact that how many female participants there are in the biennale or how less women architects are paid. Fraser highlights the need of a new wave by explaining that the second wave feminism, which is based on identity politics, could not update itself as the welfare state was replaced by neoliberalism. Beyond the politics of recognition, this new wave embodies a struggle against asymmetrical patriarchal power structures. So, how can a feminist biennale be? The most direct manifestation would have been reversing the Western-centered worldview. However, apart from a few works from India and Japan, the main exhibition is about Europe and North America. Giving space to architects or practices which are as yet little-known or at early stages of their careers could have been another method. It seems like the approach of “focusing on process” which has been consistently emphasized throughout the exhibition, was pushed to the background when it comes to the curation of the biennale. Likewise, the authority of curator could also be questioned in a feminist perspective. In fact, there is clearly no indication of curators’ intention to create a feminist biennale, maybe the problem lies here. Who else can do a feminist biennale if it is not two women? It is worrying and raging that as the architecture world we have lost a huge opportunity at a time when feminism finds itself a wider space in the popular culture, even as a diluted version.

III. Conceptual Ambiguity
Frankly, I was not expecting a well-structured biennale out of the “Freespace” theme, however, it was overwhelming to see that those two words -free & space- were only put together and addressed within their literal meaning although the curators have written a “Freespace" Manifesto.3

“Freespace celebrates architecture’s capacity to find additional and unexpected generosity in each project - even within the most private, defensive, exclusive or commercially restricted conditions.” “We see the earth as Client. This brings with it long-lasting responsibilities. Architecture is the play of light, sun, shade, moon, air, wind, gravity in ways that reveal the mysteries of the world. All of these resources are free.”

It is a good exercise to discuss the rhetoric of the manifesto – why water is ignored when (natural) resources are listed (because for instance, multinational companies privatize water resources, making them inaccessible to the communities commonly using those sources), or what they meant with “generosity” (maybe, the [im]possibility to produce unprogrammed spaces while the only aim is profit maximization in exactly those very exclusive projects). It is not really possible to understand the reflections of these thoughts on the main exhibition. Yet, the excerpts by the curators used in the project descriptions cannot go beyond being spiritual ascriptions or praising adjectives. As a matter of fact, at the Close Encounter, a special exhibition space at the entrance of Giardini, the curators did not refrain from literally noting that “The choices are personal and subjective.” Maybe this is why writing this piece is getting harder and harder, it is almost impossible to develop a grounded criticism on an overly-personalised world where curators are pulling us audiences in.

IV. Starchitect Dependence
It is not surprising that there are starchitects in the main exhibition; the curators obviously needed this so as to bring prestige to the biennale, maybe as well as to increase the box office in a way. The conceptual ambiguity I described above easily provides the necessary conditions for such participation. Okay, let’s put all these parameters aside and embrace the autonomous approach at the exhibition. At this point, what does Toyo Ito want to tell us with his installation that consists of a circular curtain on which geometric forms are projected? Or Paulo Mendes da Rocha whose drawing imprinted on a wall, which is said to be displaying the relationship between Venice and freespace? Or Mario Botta who said that he prepared the installation with his students yet did not put their names on the project panel? It seems like these old, white and male starchitects took the easy way out to produce their works for this biennale. And when all these come together the ambiguity of the theme and its loose curatorial interpretation get more apparent.

When the dots connected, we face a main exhibition that advocates for a self-fulfilling architecture, looking inwards to itself, where the circumstances, crisis and challenges it actually deals with are left outside the biennale grounds. It is not surprising to see a biennale underlining that the practice and therefore the responsibility of architects should focus on creating “generous” forms with beautiful materials and “lifting our spirits”. The number of persons who think that the survival of the world depends on the survival of him/herself and believe everything is going to be fine if he/she eats organic or consume less is increasing, as well as the numbers of communes built in rural areas and retreaters living in nature. Even so I do not think that these kinds of personal escapes have an impact on the crisis the world is facing right now. As Jodi Dean said “Goldman Sachs doesn't care if you raise chickens.”4 As an attempt for conscience cleaning and to legitimization of the practice in itself for itself, here is the one-sentence summary of the biennale: No worries!*

*The headline popped up during one of my conversations with Aslı Çiçek on the biennale. Namer shall be named. 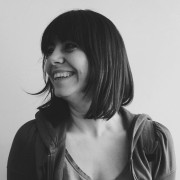