A New Layer of History

Providing a new alternative space for both church council and locals, Kannikegården is also turning into a museum with the displayed ancient monuments which were discovered during the construction

At the same time, it has to function as a hospitable setting for public events for the town’s citizens, such as talks, concerts and film screenings. The project has faced a special challenge: Ancient monuments, telling us about Danish history over the past thousand years, have been found on the building site. 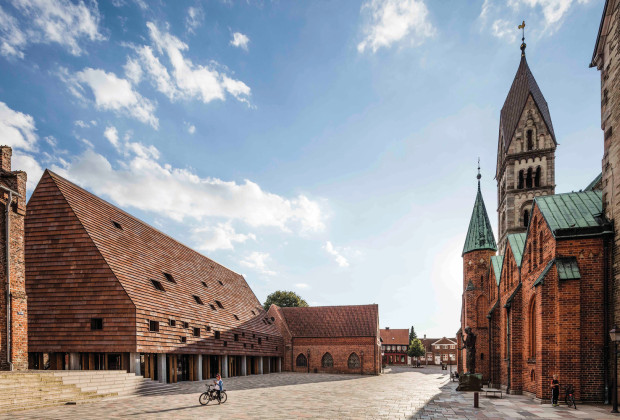 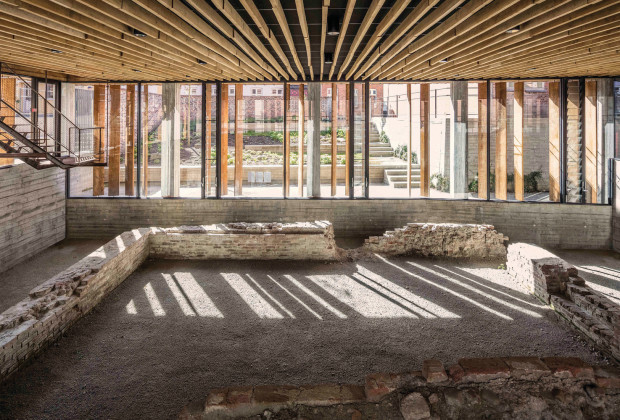 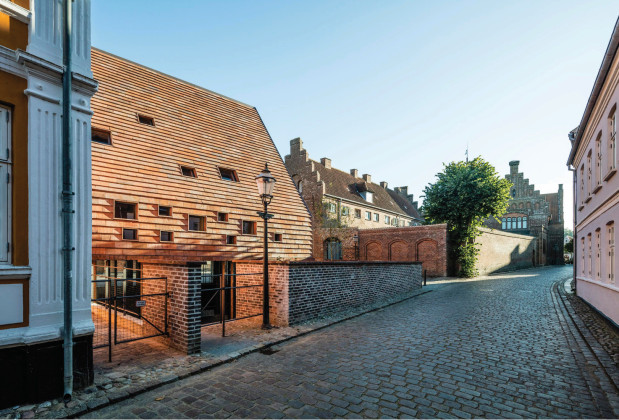 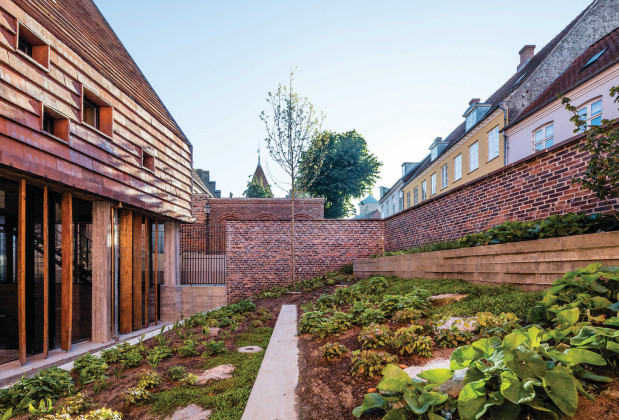 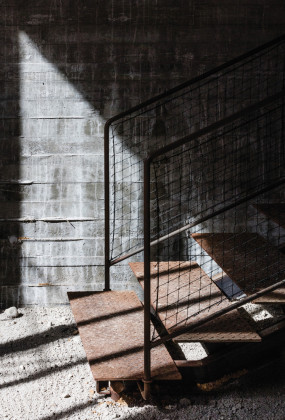 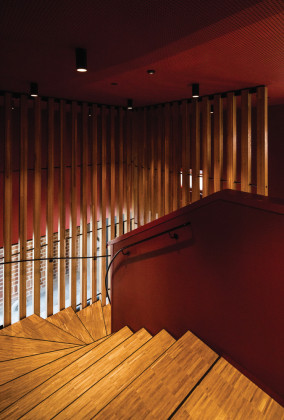 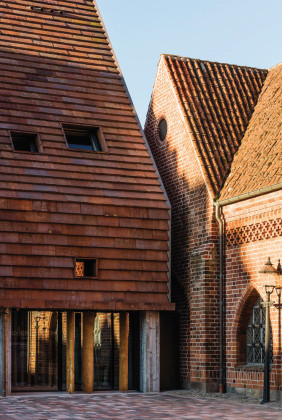 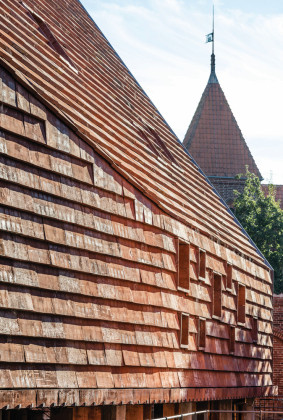 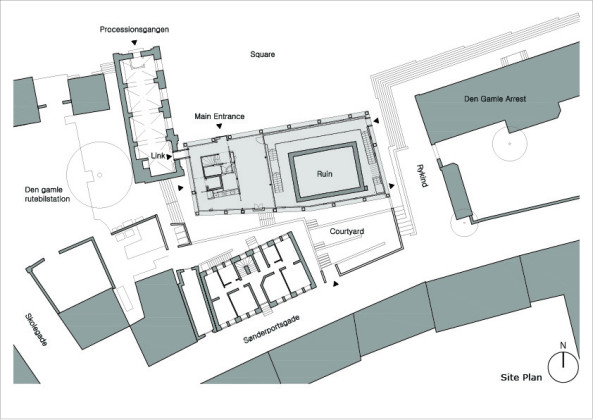 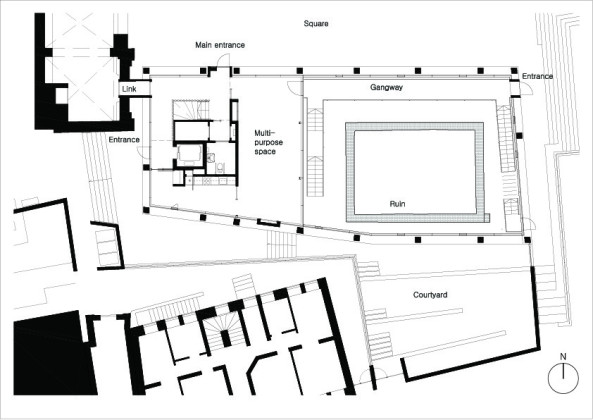 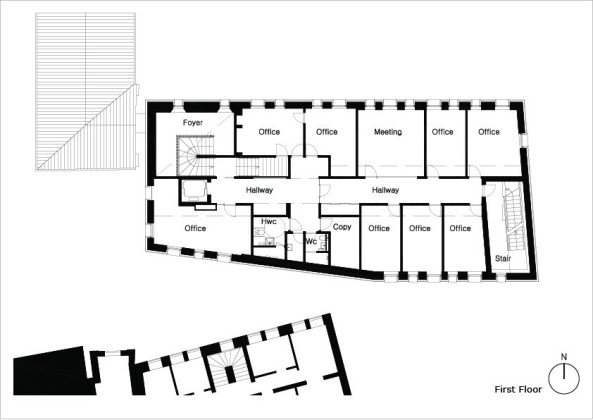 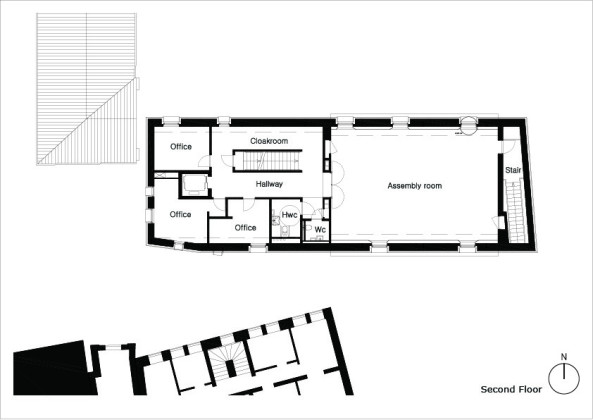 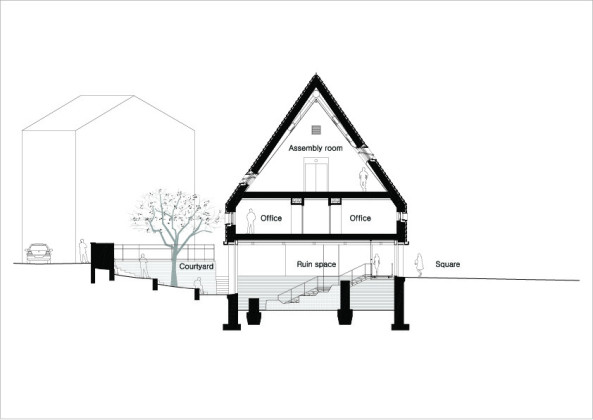 Most visible is a listed brick ruin from the canon’s monastery dating back to the 1100s. The ruin is integrated into an exhibition space designed for communicating the many cultural historic layers of the location. The building consists of a single, oblong volume with a pitched roof, supported by pillars above the preserved archaeological findings.

The wing of the building is located along the square with a scale and roof pitch following the neighboring buildings on the square. The archetypical shape of the wing is given a sculptural crookedness towards the south, in order to bring more light and air towards the neighbor buildings in the courtyard area.

Towards the south an intimate atrium is built, demarcated by a wall framing the street areas along with Sønderportsgade and Rykind. The upper part of the building is covered with specially developed façade tiles in reddish brown shades comparable to the city’s and the region’s characteristic, brick houses - but as a more contemporary interpretation due to the larger size of the tiles. The shingles are hung in an overlapping fashion, like fish scales, and frame the windows of the interior spaces. The bottom section appears with glass facades, at the same time protecting the ruin and exposing the unique findings.