The renovation project in Slovenia's Velenje represents the first step towards the gradual revitalization of the city center, aiming to help the city reclaim its original character of a town-in-a-park

The Velenje "Promenada" is an important city space and a vital city thoroughfare. It is one of the central axes of the center of Velenje, a young town designed in the 1950s, based on the Modernist ideal of the garden city; as such, it is unique in the Slovene space. The renovation of the Promenada represents the first step towards the gradual revitalization of the city center. It's tasks are to supply the city with the missing programs and to help it reclaim its original character of a town-in-a-park. A successful renovation, informed by the awareness of the excessive surfaces designated for traffic, must bring together two requirements seemingly at odds with each other: "More greenery and more program." 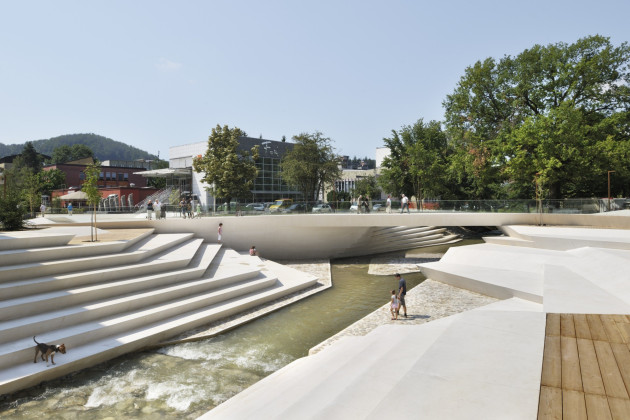 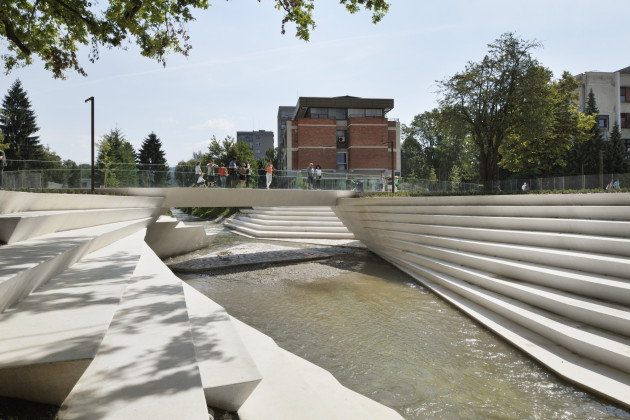 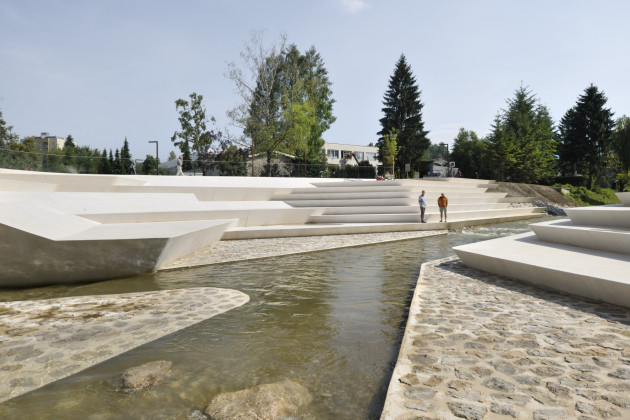 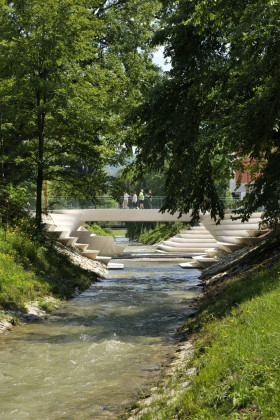 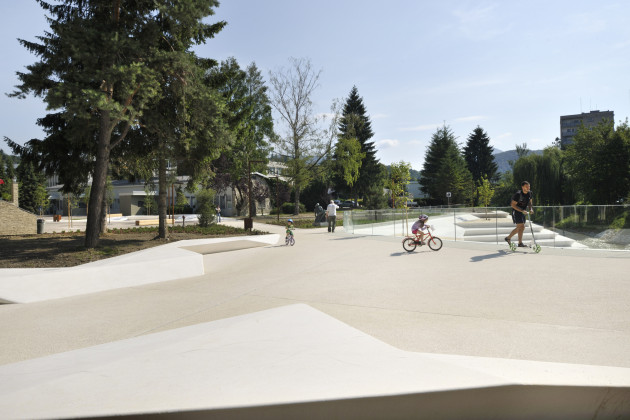 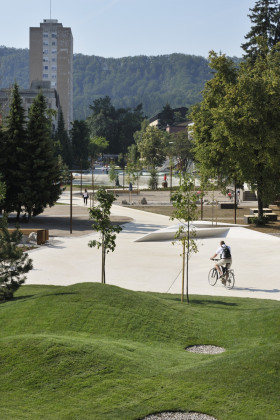 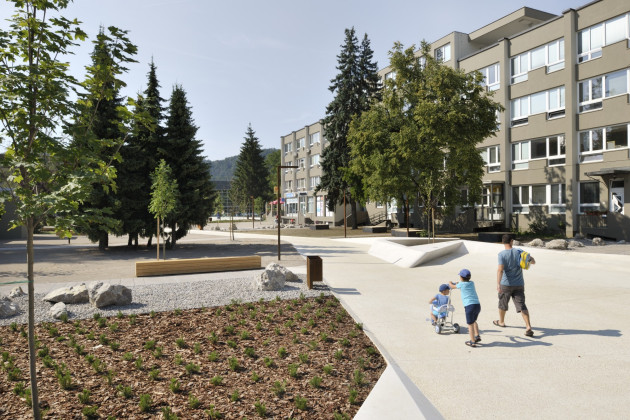 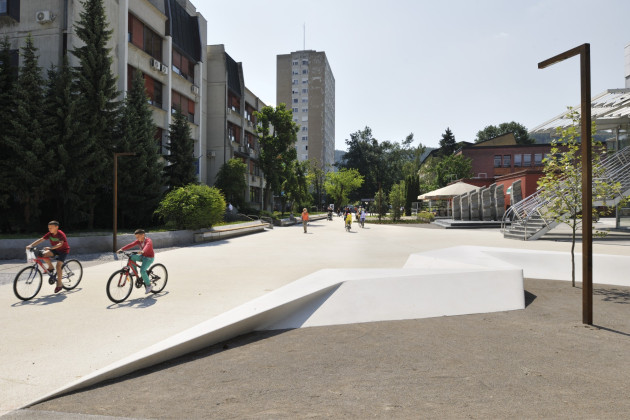 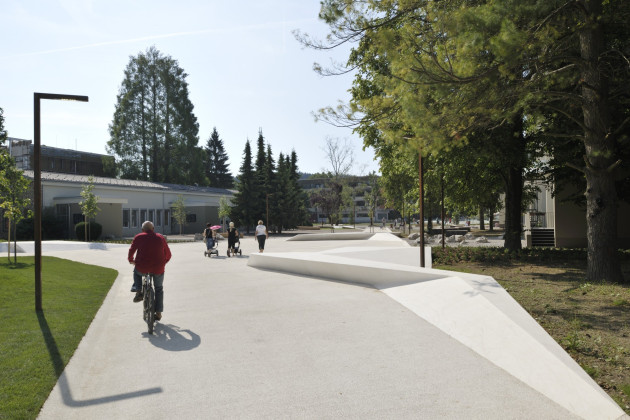 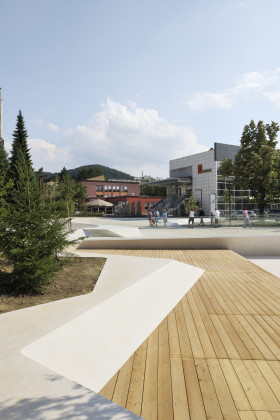 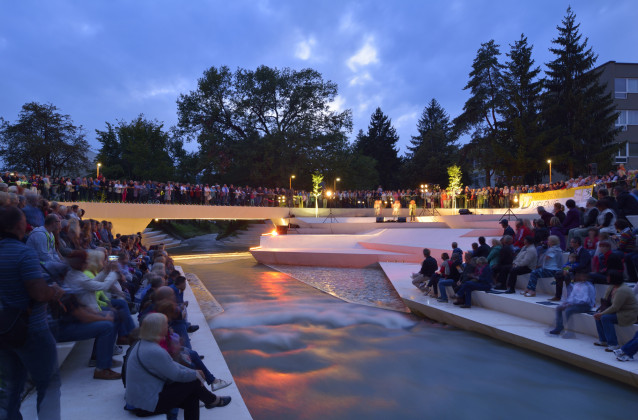 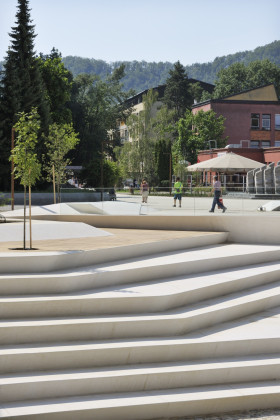 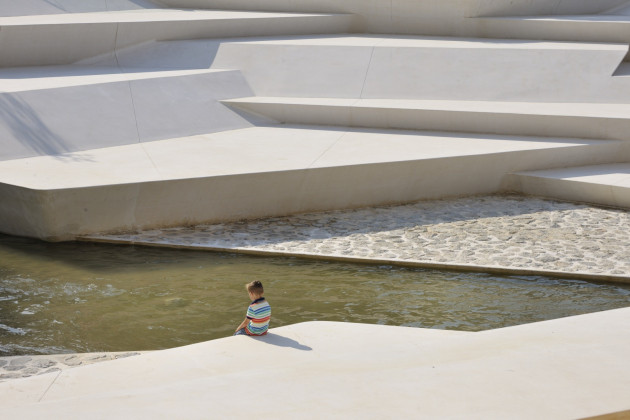 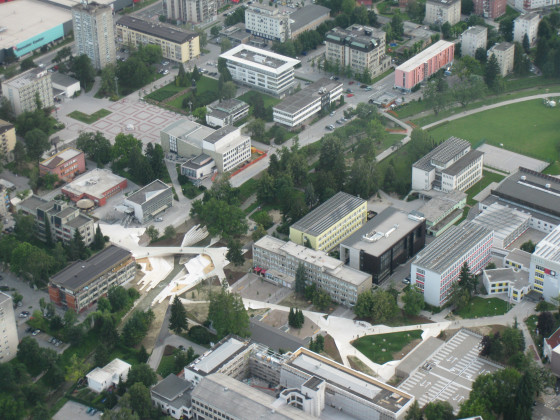 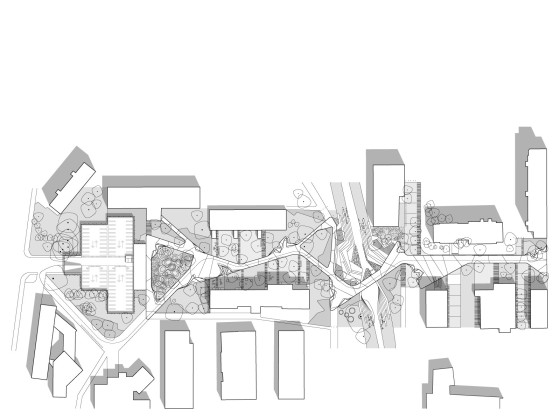 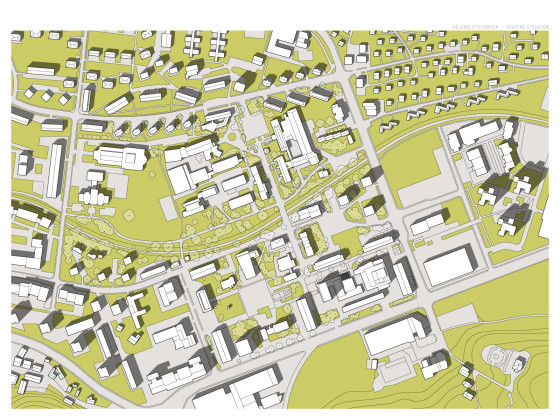 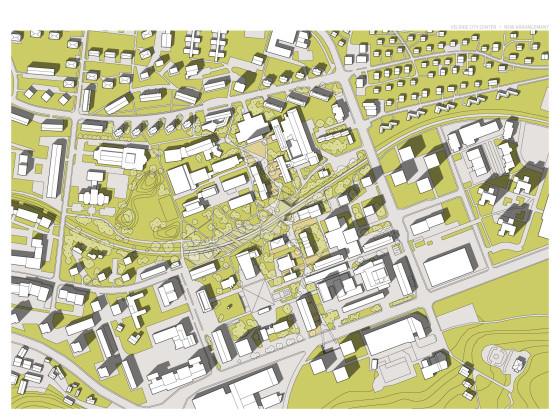 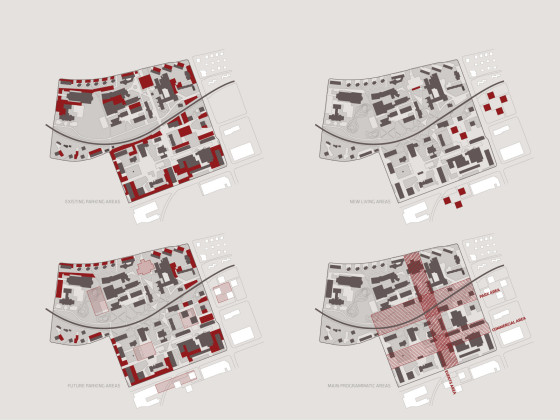 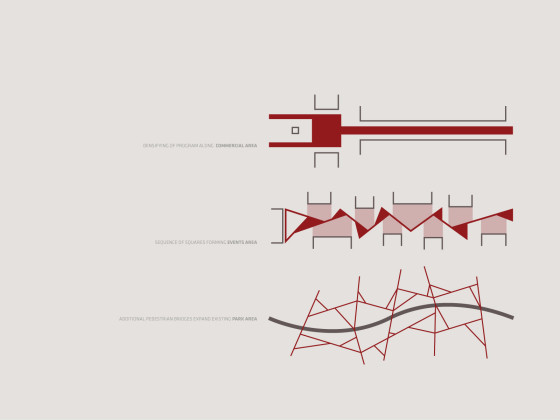 Also the existing promenade was created by closing the erstwhile traffic road almost thirty years ago. Even though it was re-paved, a sufficiently thorough transformation never took place and the promenade has retained the character of a road, remaining too wide and rather dull due to the lack of content. It has been a kind of hybrid space between the road and the surface intended for pedestrians - chiefly a straight path quickly leading the users of the secondary-school complex and the community health center to the inner center without providing any animation for those out for a walk.

Through renovation, the wide straight connection with a clearly delineated beginning and termination underwent a transformation into a kind of sequence of micro-ambients, of locally widened surfaces connected by a slightly twisting narrower path. These instances of widening (in effect squares) feature attractive concrete urban elements (benches) whose careful arrangement slows down the users and provides focus, framing the space for the additional program, content to take place. As the path locally twists along the surrounding buildings, it gives rise to larger contained open spaces, allowing future expansion of the content from the buildings outwards, or the accommodation of other additional content as required over time. In the initial phase, all these newly-formed public spaces are simply and cost-effectively laid out as sand or grass surfaces, with sand surfaces in particular representing a successful middle ground between grass and paved city spaces and allowing a wide range of use with only modest investment.

With the transformation, the Promenada is turning into a main event axis of the city, its center being placed into the new amphitheater along the river. The river Paka is a torrential river, which means that its watercourse swells up significantly a few times a year, but remains relatively shallow at all other times. As a consequence, the riverbed is very deep and until now, the river, which is an attractive element of any city, flowed out of sight somewhere down below. The wide bridge also meant that anyone walking across it had a hard time seeing the river at all. By narrowing the bridge and placing it off the former axis, the space for the construction of an amphitheater, which slowly slopes down towards the river surface, is recovered. The attractive amphitheater by the river, with the new bridge serving as its backdrop, becomes the center of the activity in the city, and the river may once again claim an important spot in the townspeople's consciousness.