Per Se Architecture transformed Çağlayan & Alper House, located in Yalova Güneyköy, into a weekend home with a comprehensive renovation project.

Çağlayan & Alper House is located in Güneyköy, on the south side of Yalova. It is a renovation project, aiming to convert an existing villa, built in the 1990’s as part of a residential complex of eleven houses, into a young couple’s vacation home.

The renovation includes both an update of the plan and a comprehensive modification of the existing material palette:

On the ground floor, the restroom has been enlarged and transformed into a bathroom. Secondly, existing study’s entrance has been aligned with both the entrance and the vestibule, while the kitchen window looking towards the entrance has been aligned with the sink, the kitchen door, the dining area and the newly enlarged garden door on the other side. These procedures of alignment allowed the space to feel much more fluid. The study has been extended with the addition of a winter garden. 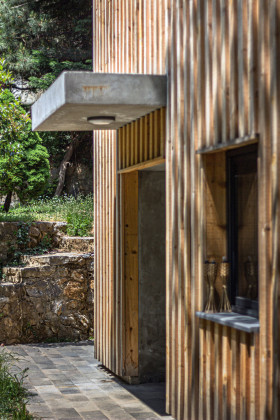 On the first floor, the two existing bedrooms have been transformed in such a way to contain private bathrooms. The removal of the ceiling slab over the rooms and the addition of horizontal windows at the top, allowed to enlarge the interior.

On the outside, the existing artifical facade cladding has been replaced with a natural timber cladding, containing an additional insulation layer. The ground has been paved with a dark basalt, which corresponds to the anthracite grey of the alluminum cladding on the eaves. Existing timber window frames which are in a bad condition, have been replaced with aluminum frames, also in line with the cladding of the eaves. The interior has a very limited material (and color) palette. The ground floor is covered with a neutral, beige ceramic, except the studio and the winter garden covered with parquet, which continues on the upper floor. All the fixed furniture as well as the interior doors are finished with an off white lacquer. The existing fireplace has been replaced with another one, smaller and open at the base, allowing to enlarge the perception of the space.

The renovation allowed an existing house to continue its life as the vacation home of a young couple, adapted to their needs and wishes, simple and natural. 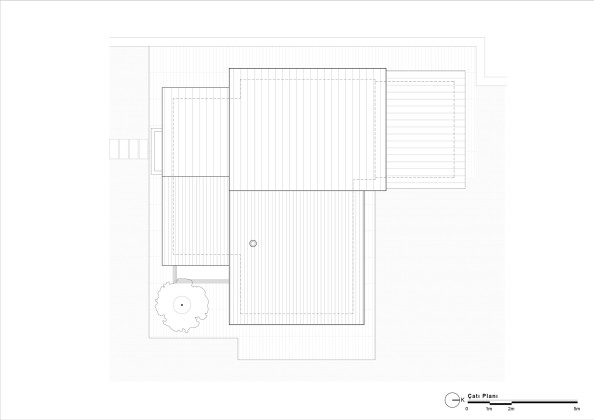 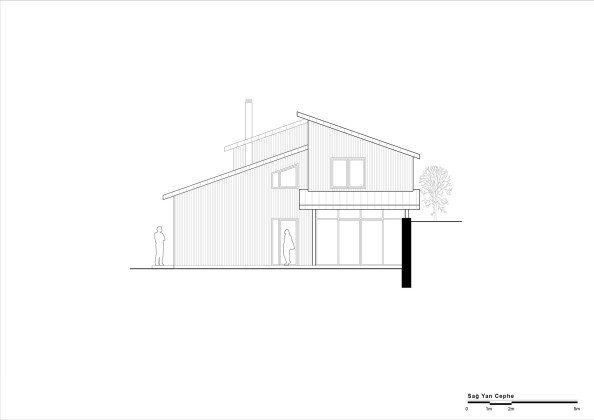 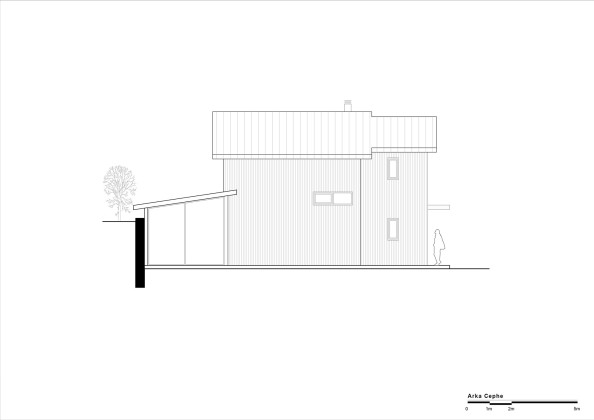