H-VAC was selected from 128 entries including 5 finalists as the winning proposal for the inaugural Antepavilion international competition. PUP worked with the clients and the Architecture foundation to realise the project in July and August 2017. 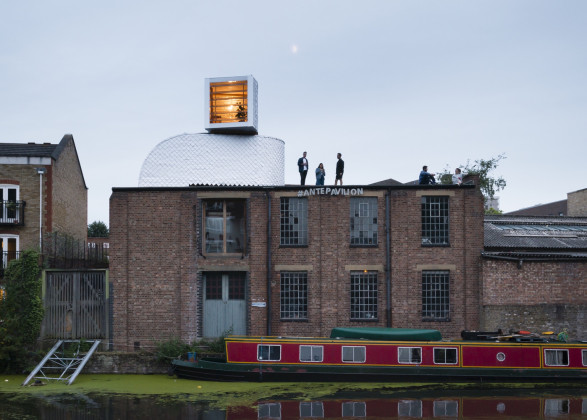 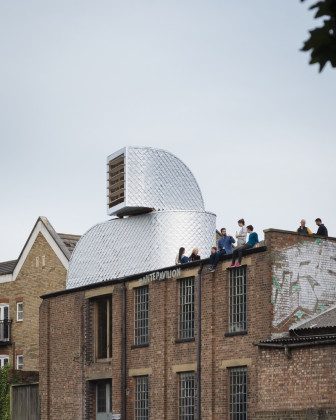 Whilst permitted development exists for large scale infrastructural roof installations- seen throughout the city, little challenge has been made for other viable and productive uses for rooftops. By subverting the form of the permitted and giving it a non-standard use, we hope to bring into question this order of priorities. Internally the pavilion includes a small room two stories up with two comfortable benches designed for up to 6 people to sit and talk or work enjoying the elevated position above the canal. The pavilion extends the mix of artists studios and event spaces in the warehouses below and offers a retreat high-up on the rooftops. A hung stair connects the pavilion to the studios below. Visitors can access the pavilion secretly from below climbing up inside without having to access the open rooftop itself.Within the composition of the surrounding rooftops, H-VAC sits as the cheeky younger cousin of the Tetra-Pak clad Beach House on the neighbouring roof.

The cladding shingles are cut from Tetra-Pak printed roll which was diverted from shredding from a drinks manufacturer. If a company has a surplus after an order or is running a test print it is common for tonnes of the material to go un-used. The shingles are folded in on themselves to protect the cut edges from delaminating when wet, exposing the waterproof foil surface on both faces. 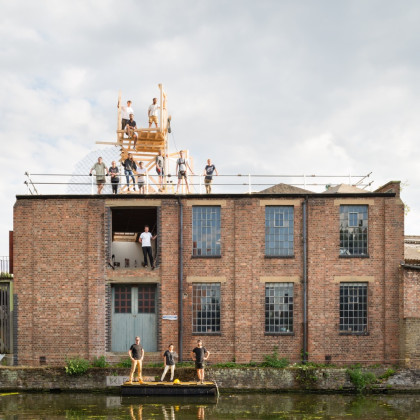 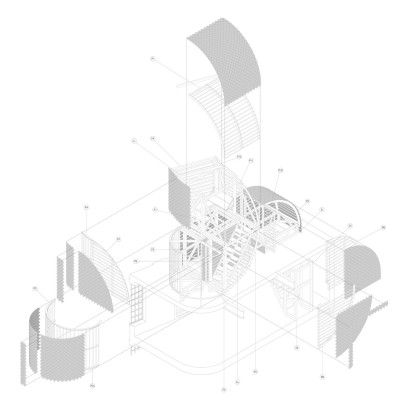 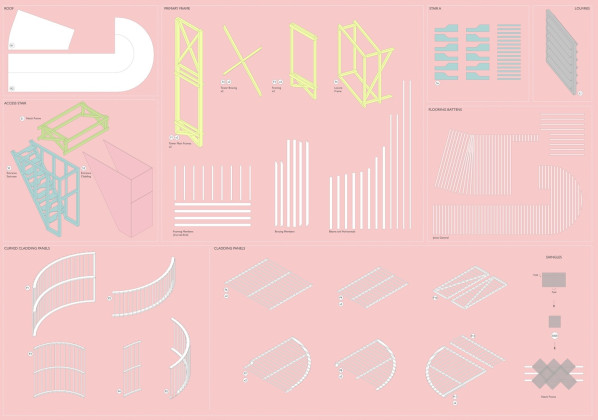 We first tested this cladding system on a project we built with a team of students in 2013 in Latvia. Having survived four winters through heavy snow and sunshine, the project is still standing today and looks good as new. The success of the system has led us to search for a project on which to develop the idea further. This pavilion is the perfect opportunity to test the idea in London.