Throughout the 20th century design in many ways ruled as a royal practice of modernity. With increasing confidence, designers took on to shape the world, from the largest plans of society to the smallest quotidian details. Machines, cities, nature, even time itself: nothing seemed too big to be remade according to the aesthetic sensibilities and skills of the great mind. And now in the last decades, design moves beyond the classic domains of physical form to influence services, experiences and social interactions and all the way to thinking itself in the much hyped innovation-centric “design thinking.” The powers of design seem limitless.

Yet with the prospects of progress the dangers of design have also become all the more apparent. Design has been blamed for contributing towards unsustainable consumption, marginalization of neglected social groups and increasing peer rivalry over scarce social positions. Over the last decades designers have learned a few lessons and to many aspiring star creatives, this has been a downfall of their idols. Too big ideals and blind trust in the goodness of design have betrayed the expectations on design and kept reproducing the status quo, rather than materialize a utopia for all.

Today, it is not the ghost of hubris that haunts many aspiring designers, but the opposite; the spectre of Lilliputianism. From promising the world to make everything better, today many designers escape into the particularities of the trivial, and idealize projects too small to matter. It is a peculiar transformation design has gone through; from drawing the great strategies of the future, to today’s celebrated designers who “facilitate” and “pre-figurate” so tiny projects they do not even exist except in CVs and websites.

Indeed, in much contemporary design discourse, practitioners are encouraged by ideas of “tactical” interventions, which by their acupunctural accuracy and ethical modesty also tend to turn into deceptive bashfulness as they are somehow supposed to challenge the powerful by their pure idealism. As someone recently suggested in a panel at Parsons School of Design, the paragon designer of today seems to be one who does not even try to design anything, but silently “bears witness” to the injustices of the world. It is a design so cynical it does not even grasp after the small change.

Perhaps we could call this condition, often suggested being an ethically correct one, a form of Design Lilliputianism; designers purposefully shrinking their agency towards nothingness. As a form of surplus powerlessness, designers are somehow convinced that the best practice means staying too small to even take on power and actually try to change anything at all.

The condition may appear most urgent at design schools. Here it is not uncommon students in one breath point towards how powerful design is in the life of people; how design is political and shapes the behaviours and values of people, while in their next breath suggest the most trivial and microscopic urban intervention, self-published zine or redesign of a backyard garden. It seems the politics and powers they trace to design as a profession - and themselves as designers - make them scared of responsibility and they thus willingly surrender the agency and leverage imbued in their profession and social position.

There is of course nothing wrong with realizing the cunning political powers of design. Similarly, tactics and local facilitation with communities are great tools for testing and anchoring processes of change in moderate scales. And listening and bearing witness are skills dearly in need amongst the common breed of big-ego designers. Indeed, we must learn from the grand mistakes of modernism. But the common Lilliputiamism amongst designers today may also be a sign of lost aspirations of design making any real difference in the world, and lacking political will to mobilize and organize towards political aims. The fear of mistakes, larger scale organization and coordination shrinks hands-on practice to a point where it no longer even takes place in the labs or at schools. The risk here is that the same people who claim the powers of design in the first place also betray design’s political potential to challenge power.

Of course we need to learn from the grand naïveté and evils of modernism, but how are we to turn such understandings not into defensive unbelief but rather sharpen practice, learning from political organization to realize the full potential of our own practice? It is not only a matter of tactical listening, but perhaps more today than ever, about strategizing, operationalizing, and reclaiming the political importance of design. Especially today’s design schools must challenge the Lilliputian tendency to shrink practice into the narcissist comforts of eloquent nihilism. Don’t give up the material potential of design to affect the world. And could I at least ask of you to make sure that miniscule intervention, self-published zine, or garden is part of a larger mobilization? Or perhaps even a brazen strategy for social change? 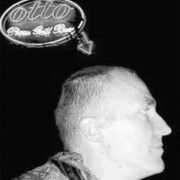