The Apartment in Memory

Nestortaköy, unlike today’s other residential productions, places the rather unappreciated cultural habits in the center of the design. The project aims to bring to light what we have buried deep in our memories: the sense of neighborhood, and the ability to live together.

Nestortaköy residential project is designed for a long and narrow site in Ortaköy valley of Istanbul. Even though the requirements of the client as well as the current building codes allow architects to create a mono-block long mass, fragmented block typology was preferred.

First apartments were built in Galata, Pera region by the end of the 19th century and then we see a proliferation of apartment typology in Teşvikiye, Kadıköy and Bakırköy districts of Istanbul. The positive aspects of this typology has been in the collective memory of the public and Nestortaköy’s design principal was based on re-using these advantages adapted to contemporary requirements. Because as Agamben states “memory may re-enable what may seem to be over.” 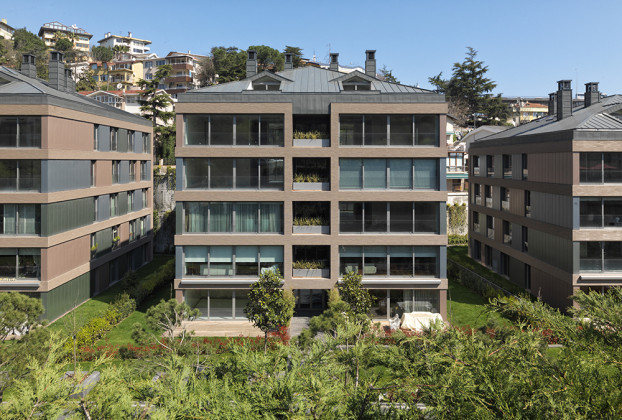 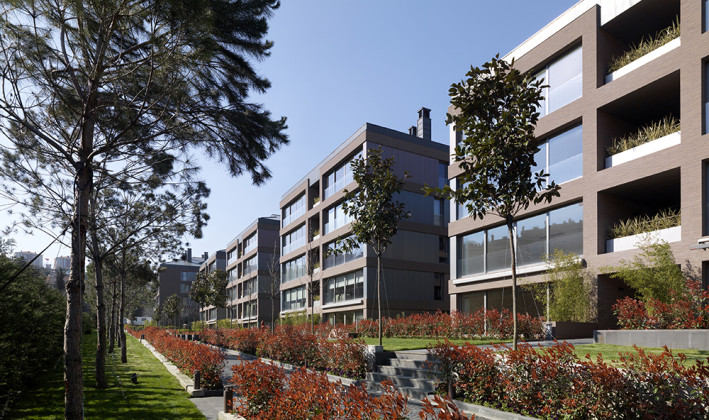 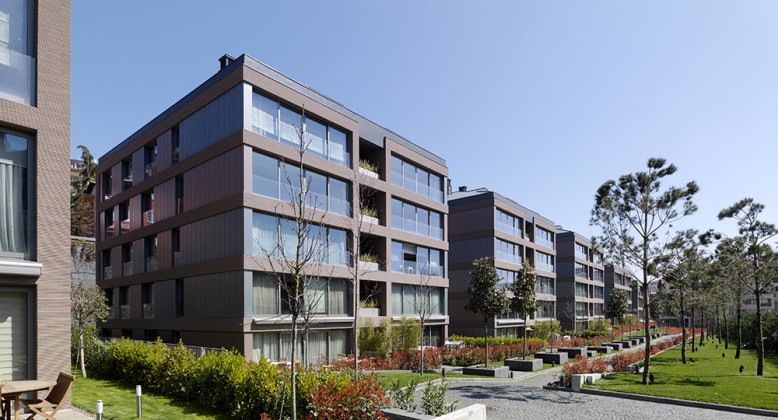 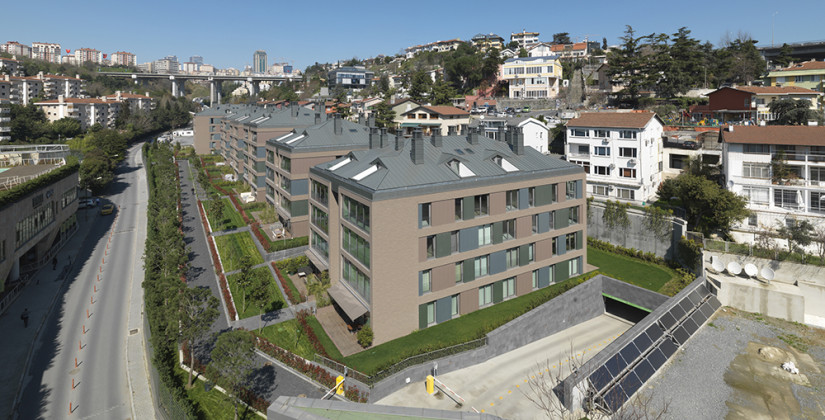 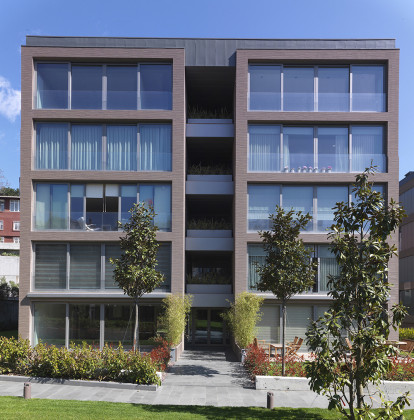 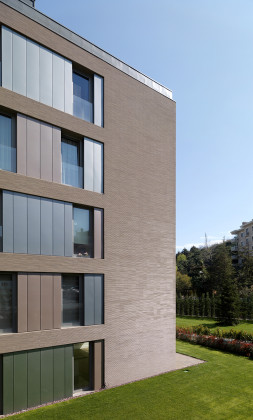 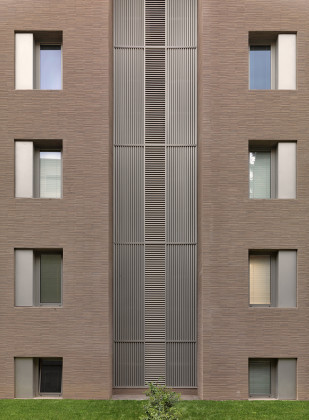 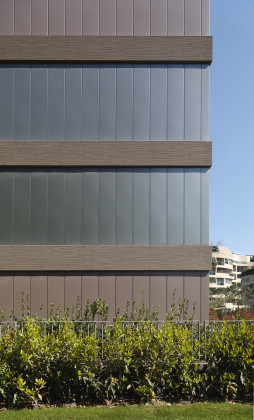 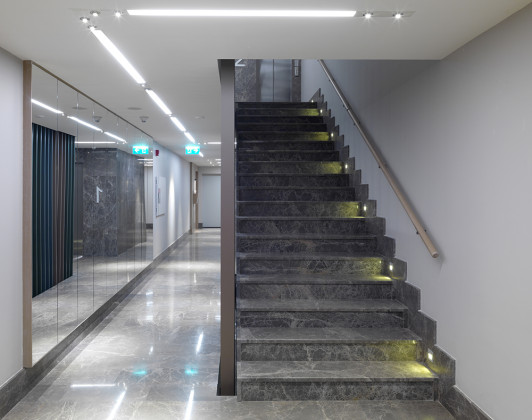 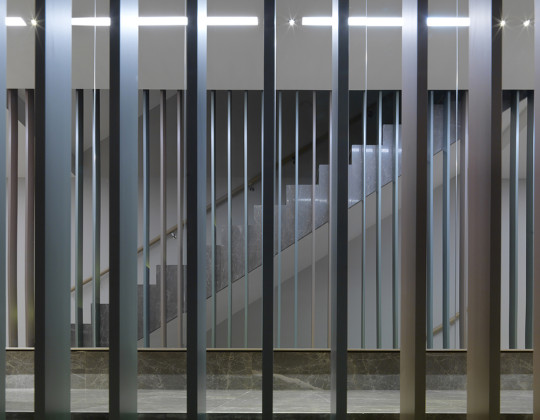 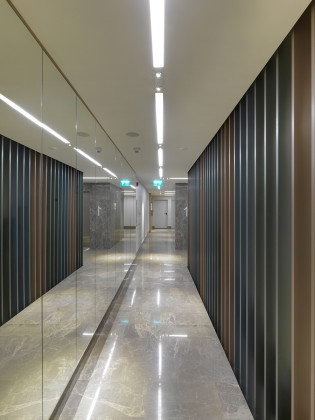 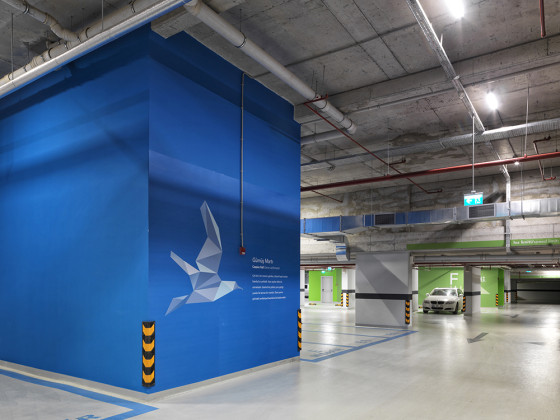 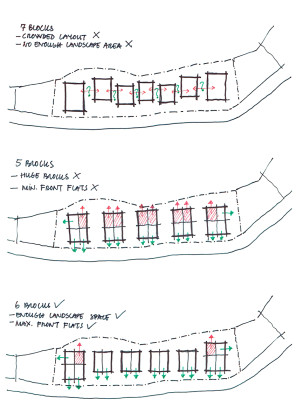 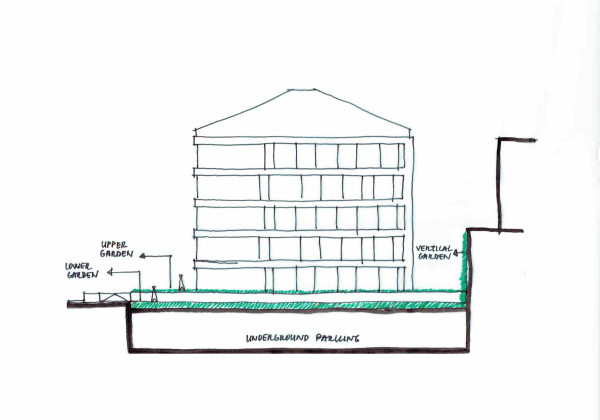 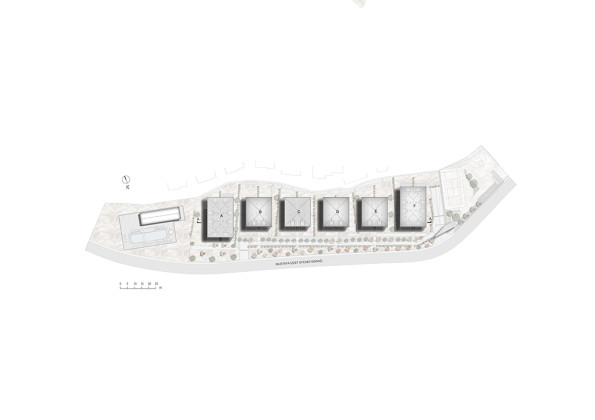 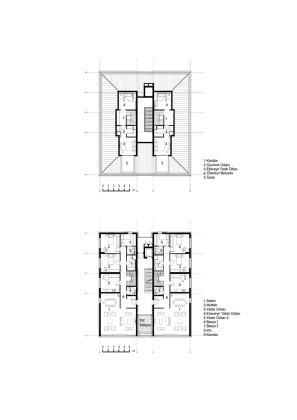 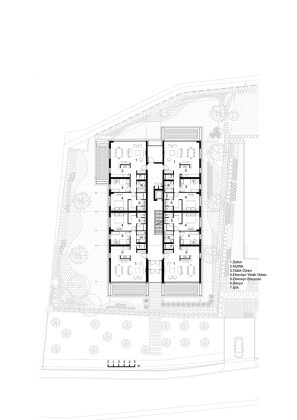 All the building capacity permitted by the legal regulations of the site has been distributed into six independent blocks that empower neighborhood relationships while maintaining a certain level of privacy. The decision to make six independent blocks enabled to create an optimum footprint size, ideal block height and a well-proportioned distance between buildings.

Even though the site was almost flat, half to one and a half meter level differences among blocks were created in order to maintain a separation between the ground floor flats’ gardens. These level differences form a boundary between gardens without using any walls or fences that helped to support a physical condition to sustain personal relationships while preserving privacy and property rights.

The blocks, which have four flats in each floor with a larger footprint size, have been located at the two ends of the site, while the blocks with two flats on each floor have been distributed among these. The six blocks incorporate 74 independent units of which 16 of them are duplex flats. The main hall that dissects the blocks includes the stair and the elevator and service areas behind it. On each floor, the main hall starts with a large open niche that can be used by the residents as a meeting and resting space.

These common spaces within the circulation areas are designed to foster occasional meetings with neighbors. The lack of chances of which people may interact with each other decrease tolerance and increase conflicts in dense living environments. In order to overcome this situation in Nestortaköy project, stairs are spatially prioritized as meeting spaces instead of elevators that isolate neighbors and decrease the chance of meeting ups.

Even though it became almost a convention in Istanbul to alter the size of living rooms according to the number of bedrooms in a flat, in Nestortaköy each flat was given the same size of living rooms, considering the importance of spatial requirements of accepting guests in Turkish culture. All the living rooms are located on the southern side facing the green belt in front of the blocks and this green area is also leak into the areas between the blocks.

The apartment blocks are set back from the main road as much as possible for creating a green area in front of them as well as for establishing a visual and acoustic privacy. The high vertical retaining wall on the north side of the site has been equipped with ivy that will cover it with green in a short period of time. Tennis and basketball fields are located on the East part of the site, while an open pool and supporting facilities are located on the West end of the site.

The blocks are interconnected by the car parks underneath the ground level and maintenance-free, self-cleaning ceramic tiles and soil colored aluminum panels were covered on the façades of the apartment blocks.

While forming the optimum conditions and design strategies that enable the density to be sensed as low as possible, the design decisions taken by Kreatif Architects encourage neighborhood relations and make the Nestortaköy, as a “timeless” place in an urban environment.