A flagpole lot in a residential Tokyo neighborhood hosts a house for a family of five. Surrounded by buildings on all four sides, the challenge for this site was to create a private and peaceful retreat for the family while preserving a sense of spaciousness and connection to the surrounding area.

The site straddles two zoning districts, leading to a marked height difference between the buildings on two sides that gives the spatial sensation of being inside a mountain valley. Based on this valley imagery, we chose to place the building on the east side of the site, next to the taller buildings, and oriented the volume of the space to follow the topography of the “valley”, sloping down toward the southwest. The word tani means “valley” in Japanese. The notable volume of the building was designed to evoke both a sense of openness that extends into the surrounding cityscape and a sense of security and solidness that stands in contrastto the surrounding expansiveness. 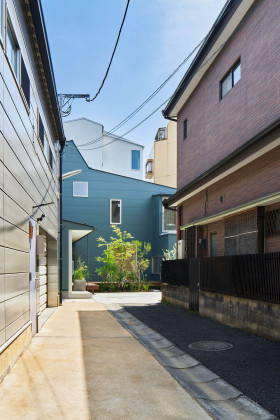 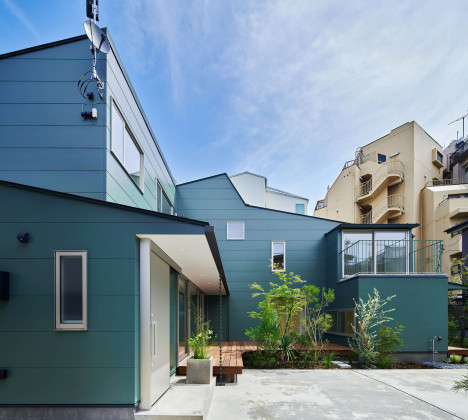 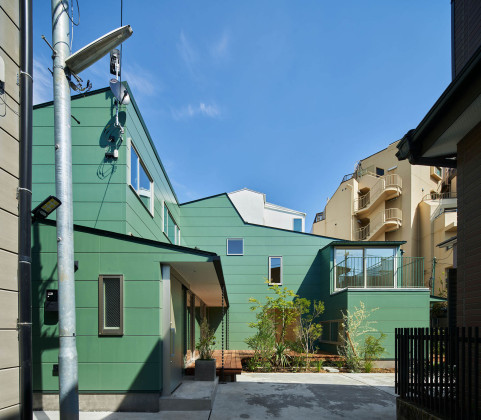 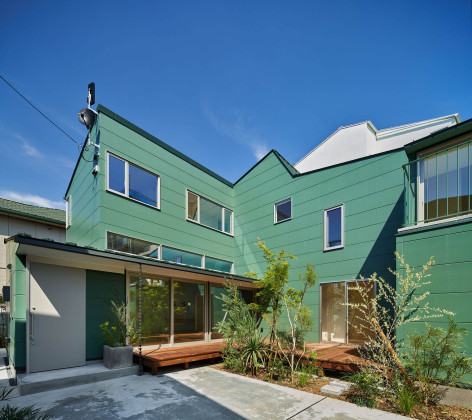 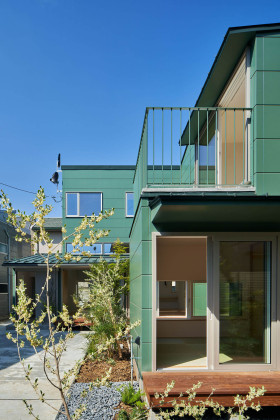 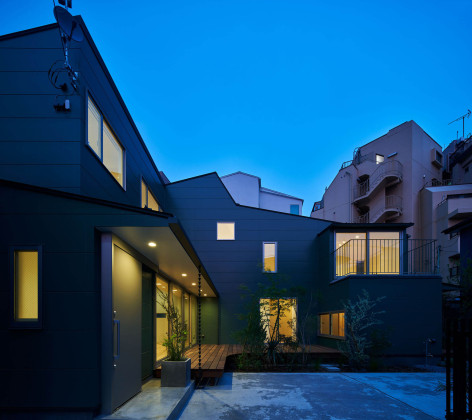 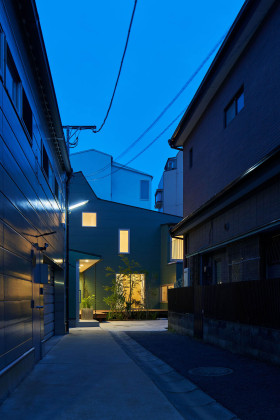 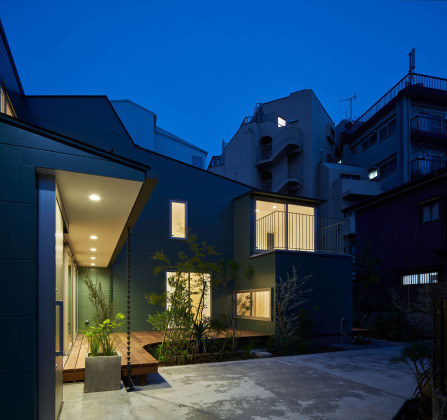 The spacious living room where the family gathers is located on the north side of the first floor, and the rooms are placed at different levels along the topography,according to their relationship and distance from the living room. Structurally,the building utilizes orthogonal cantilevered beams in the waist-high partition wall of the second floor to support the composite beam that extends from the top of the clerestory windows on the south side of the living room, creating an open and airy space as well as continuity fromthe outsideto theinside. Layers of space create a sense of depth: the living room leadsin to the courtyard, and the washitsu, orJapanese-style room, beyond that leads to the garden to the south. The openings allow a line of sight that passes through to the sky outside the building and the distant cityscape while encompassing a view that completes itself within the space, providing the contrasting senses of openness and security.

The raw exterior siding is painted with a green paint that links the structure to thetree-lined streets and forest-ringed temples found in the streetscape near the site. This green, which shows various expressions depending on the way the sun hits it, looks industrial at first glance, but when combined with the greenery of the plants on the site, it reinforces the motif of a valley. As a flagpole lot, the building is visually cut off from the road in front of it, and the figure of the house blends into the scale of the forested boulevard and cityscape. At the same time, the distinctive valley-shaped roof lineaffirms that the building is a home, for a particular family with a particular identity. 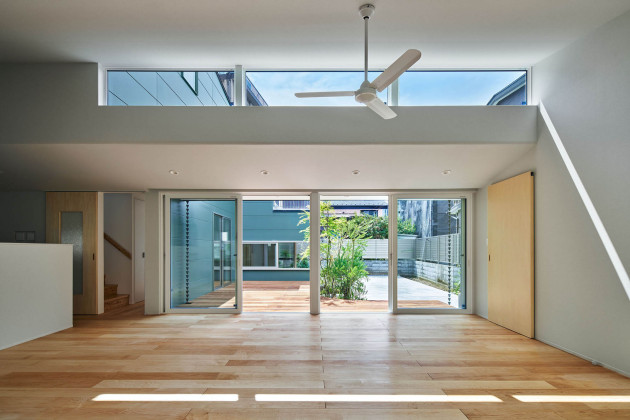 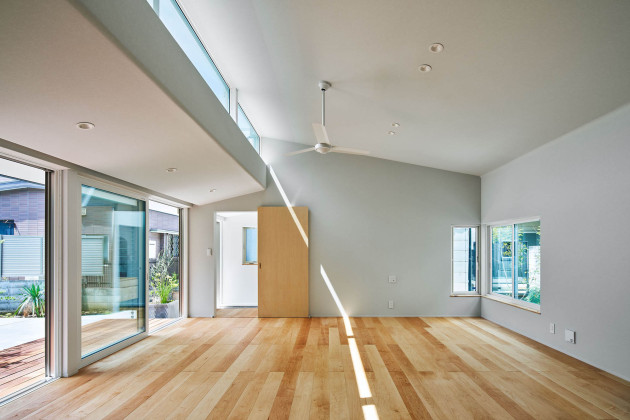 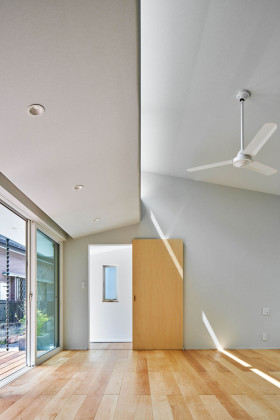 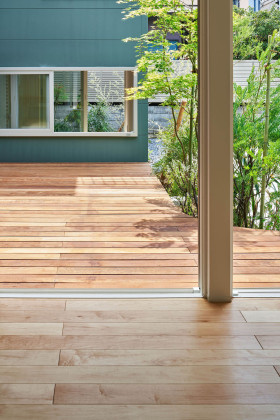 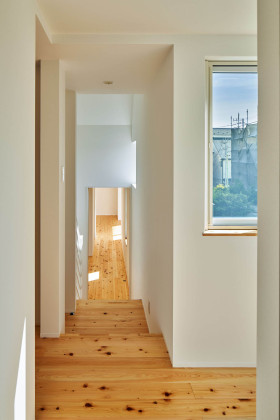 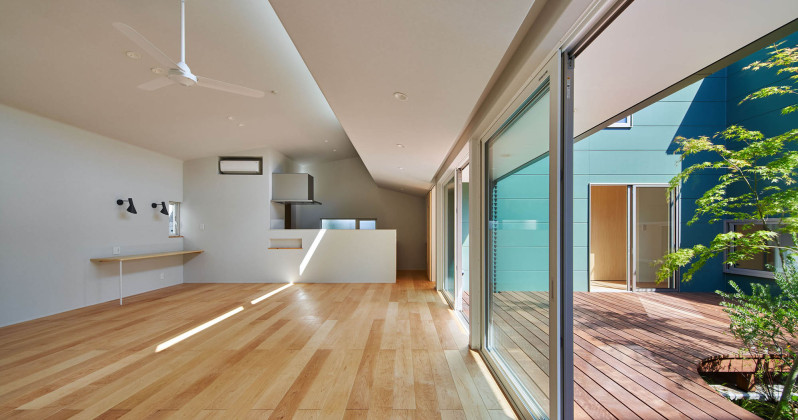 In the evening, as the interior lights become more prominent, the exterior of the building gradually fades into the twilight, and the lit windows are arranged harmoniously with those of the neighboring property. The view becomes a nightscape of an urban valley evocative of a more rugged mountain landscape, and offers a moment to indulge in the beauty of the regulated urban form.

With the family having moved in, visitors to the home will find children roaming the full scale of the site and family membersrelaxing in the living room, courtyard, and parking lot, each in their own way. The space makes use of the entire site to achieve simultaneously a sense of expansiveness and a sense of security - two potentially contradictory sensations. People and events outside the site are allowed to momentarily disappear from the family’s consciousness, leaving a peaceful space that can be filled with the inhabitants’ family and self. 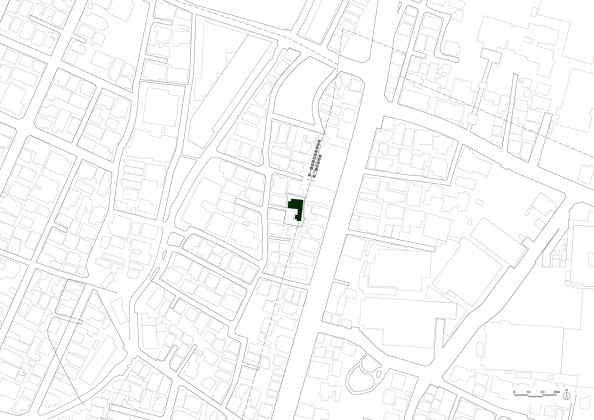 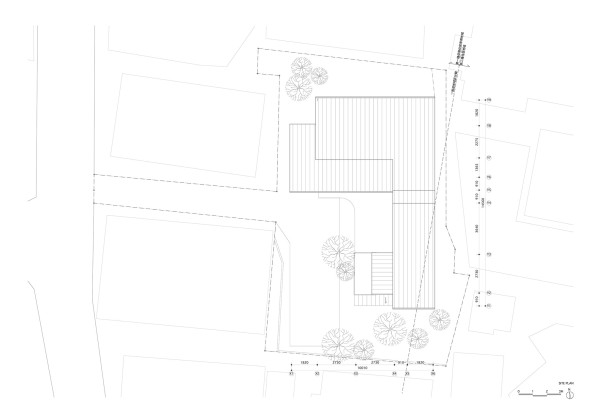 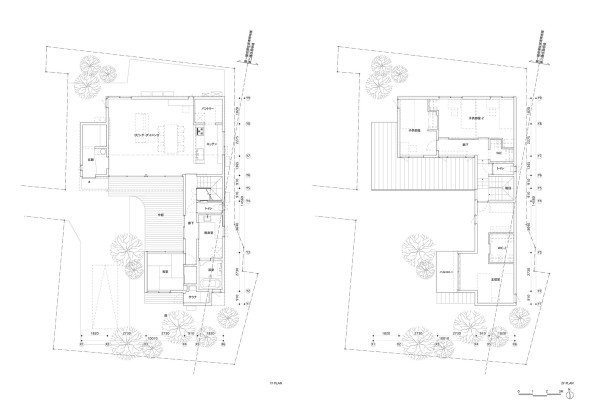 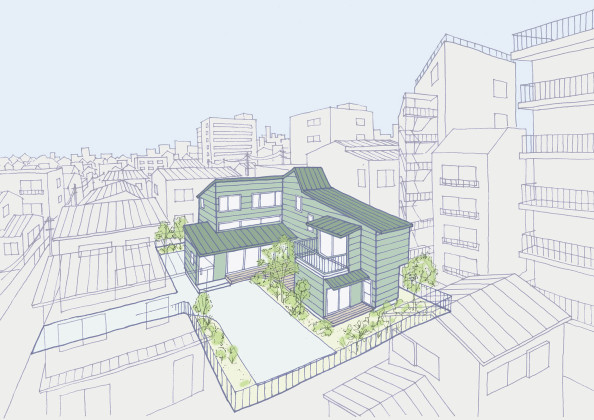