The client's request was simple for the renovation of the KANBAN-style building which was built in the early Showa period. First, to keep the facade of the Billboard architecture as the ground floor had been served as retail space with displaying windows at the storefront. Second, to enforce seismic retrofit to resist earthquakes.There was a tailor shop closed for over ten years. The existing building was almost abandoned, and the damage was disastrous. Although it seemed impossible, the client strongly wished for the building to remain. We decided to lift-up the complete building, and reconstruct the whole foundation and damaged elements. 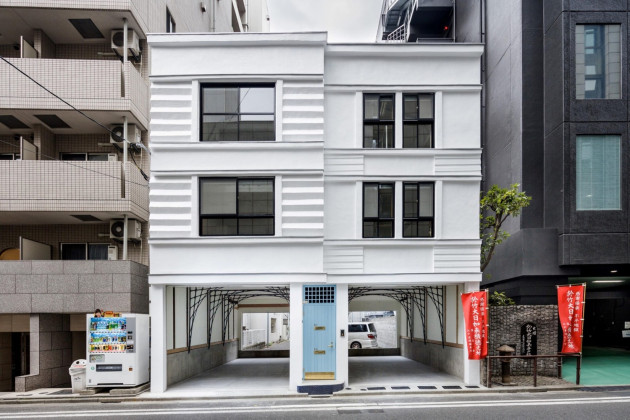 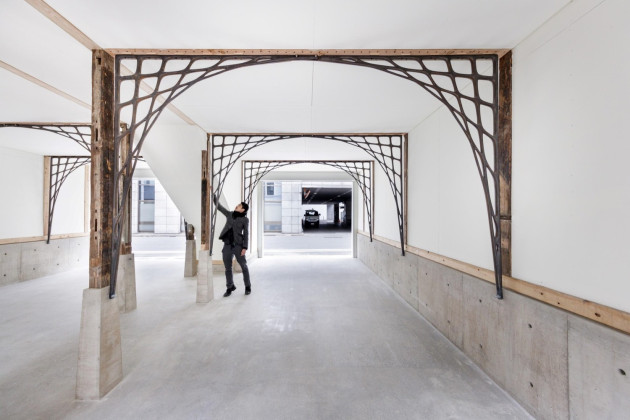 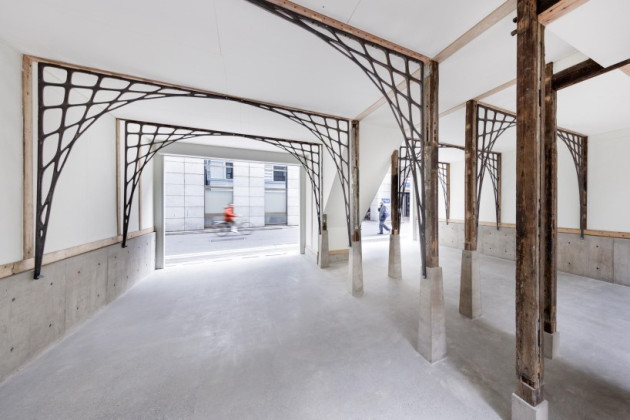 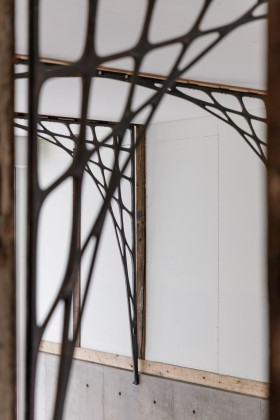 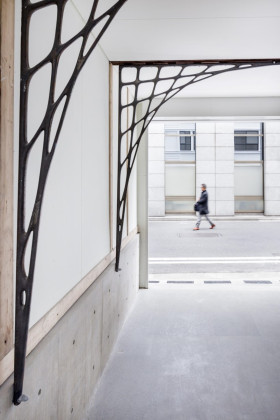 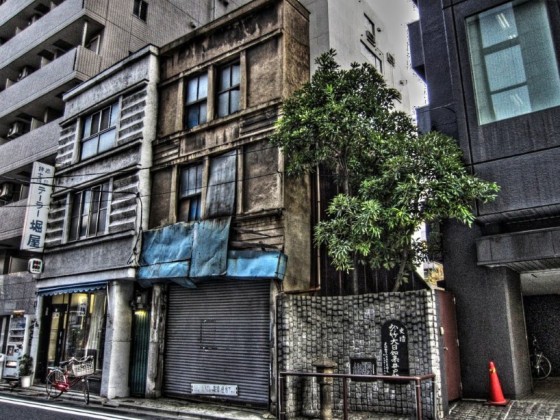 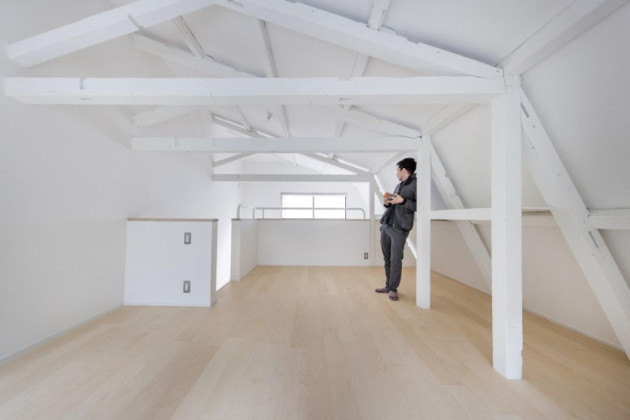 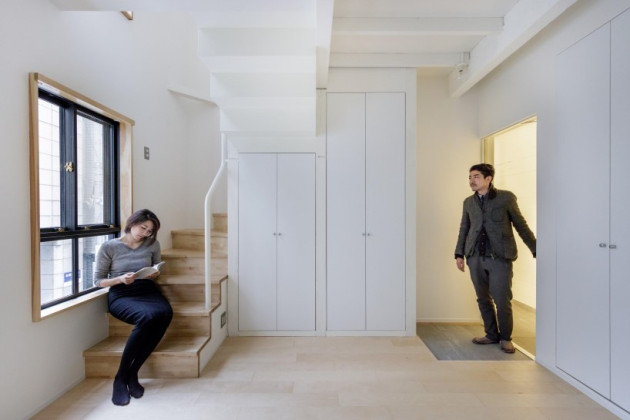 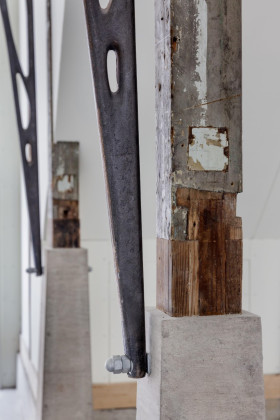 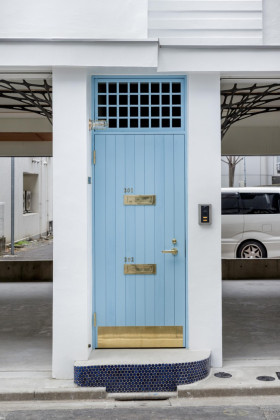 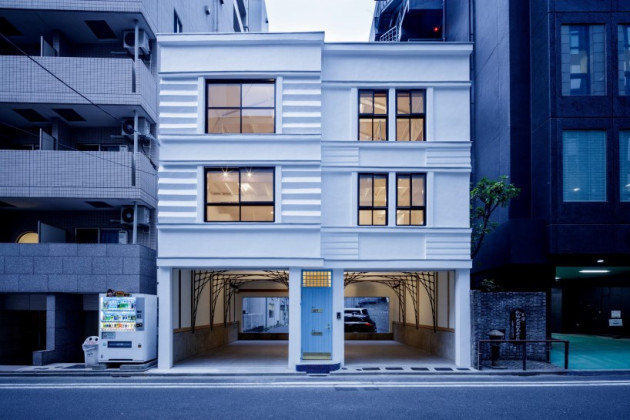 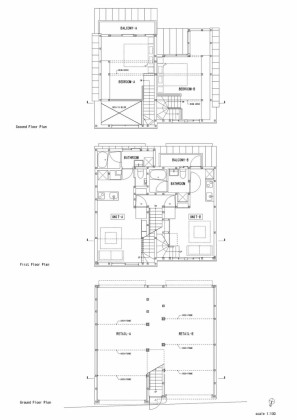 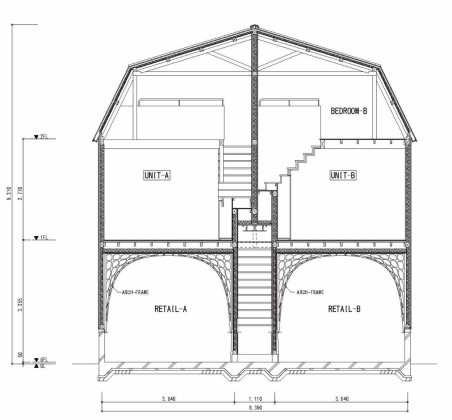 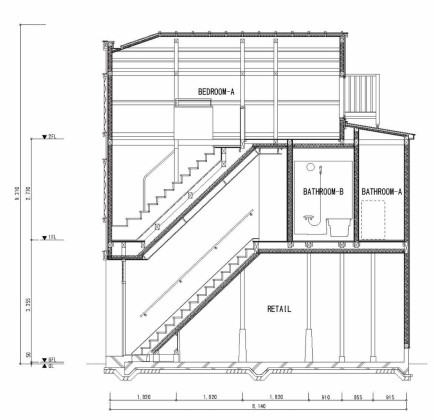 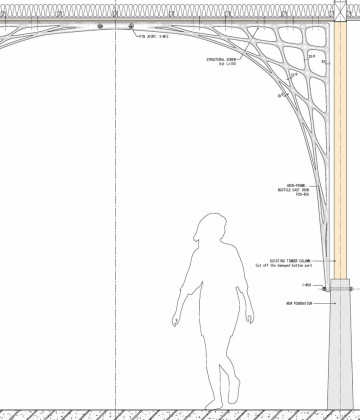 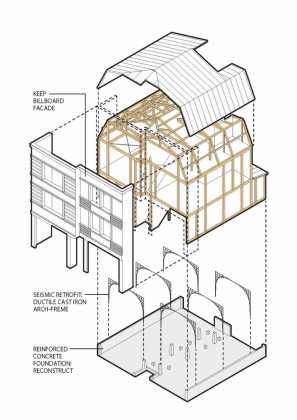 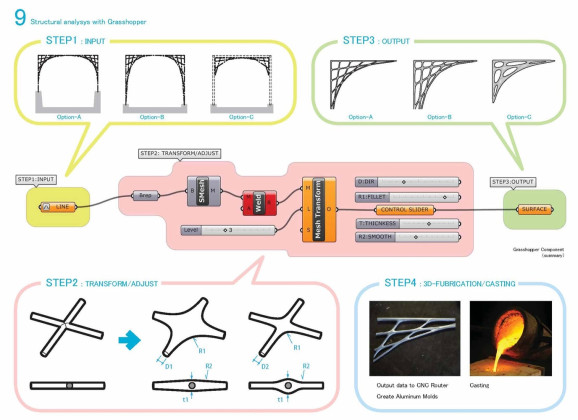 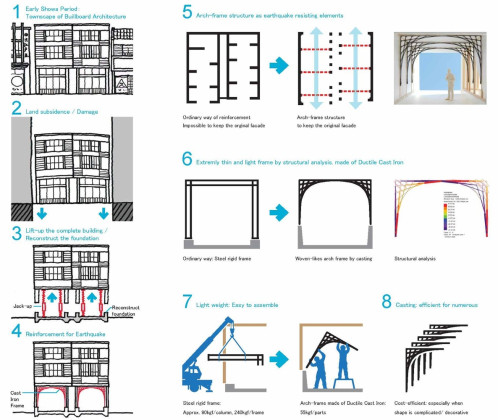 There was no earthquake resisting elements at ground floor. If we chosen ordinary way of reinforcement, such as: -bearing wall or brace-, it was impossible to keep the original facade with an open storefront. We applied an arch-frame made of Ductile Cast Iron as earthquake resisting elements not to disturb the facade. Its woven likes shape comes from structural analysis. The diameter of each stripes transforms smoothly to follow structural internal stress. Casting was the most efficient way to produce numerous parts, especially when its shape is complicated or decorative. Furthermore, of its rough and warm texture, Cast Iron suited the existing old timber structure. Although it is the Cast Iron, it is very light because of its extremely thin and light frame by structural analysis with a 3D parametric software. The weight of the cast iron frame is only 55 kilograms, so it is possible to assemble by manpower.