Combining its gastronomic purpose with the idea of an social and cultural space, Gastrópolis offers a flexible place which is open to transformation in time and willing to be part of the city life.

The essence of the Gastrópolis Plaza Viva project allows us to rethink new opportunities in a flexible space with different scenarios, where the place has the will to transform over time from its basic approach as a gastronomic space to become a cultural and social space under one condition, timeless space.

The project is proposed under two conditions: the first, seeks to solve the programmatic organization and the second, proposes a unique environmental conditioning of the area in which the senses and sound are fundamental for the user experience that inhabits the project.

The two conditions are generated through a central element, a modular structure conceived by a powerful roof that proposes a free floor where the activities that occur inside can be flexible and variable, adapted to current and future needs of Gastrópolis; that during the passage of time users can give different uses; a versatile infrastructure is proposed that allows the transformation of its use over time. 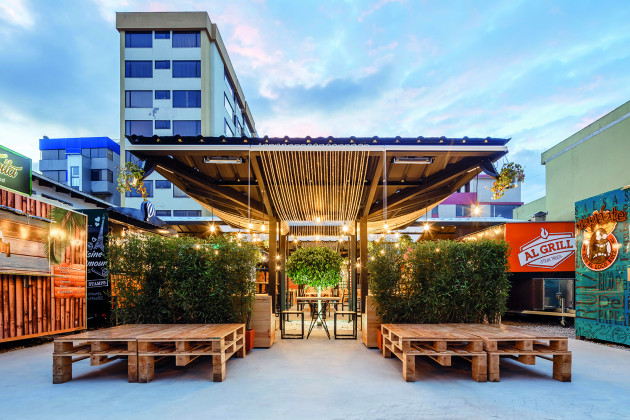 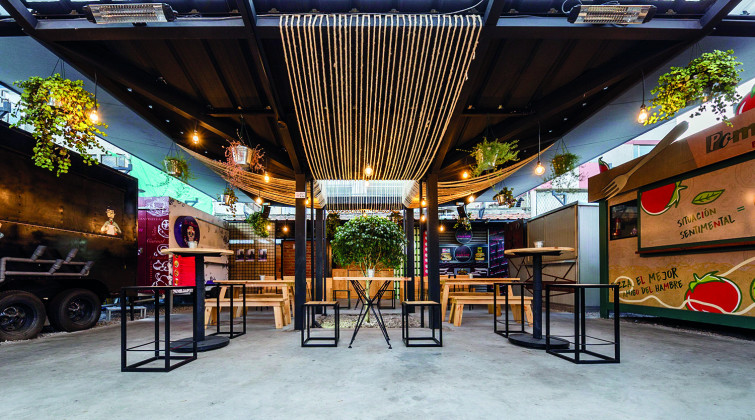 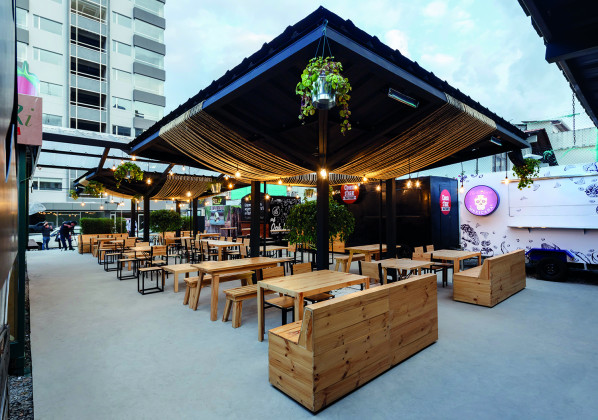 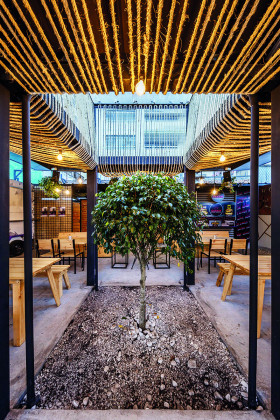 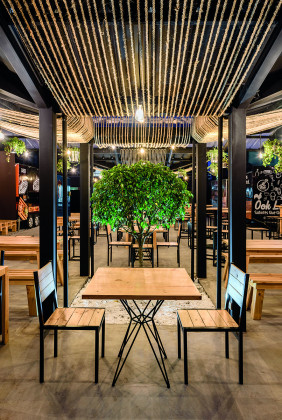 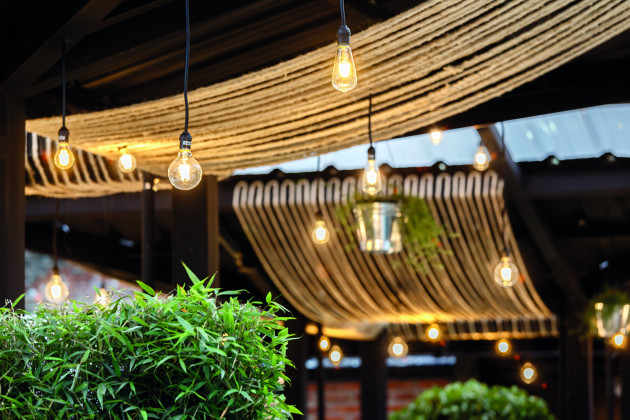 It consists of a modular base structure consisting of 24 identical modules of 2.10m x 2.10m that allows cores with different activities and characteristics, generating micro zones within the general cover that breaks with the monotony of a structure created by a repetitive module, in addition to be treated as a place open to the outside. These modules can be transformed according to the activities.

Being located in a consolidated area of the city of Quito acquires an identity by becoming an open space for the city, where users see from the street what is happening inside, in the perimeter of the structure are located curtains that according to the event that occurs, the object becomes a unit that allows privacy when it is required. 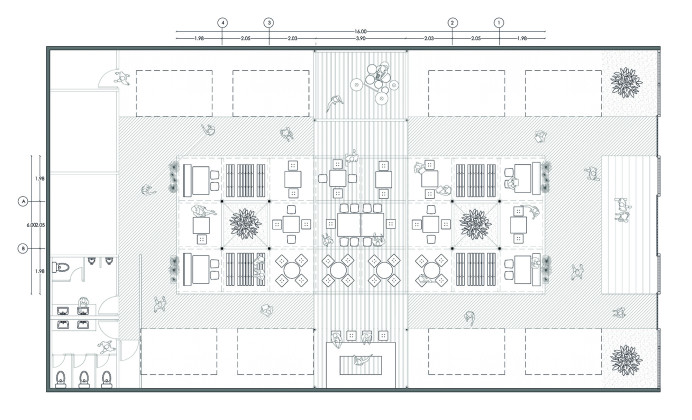 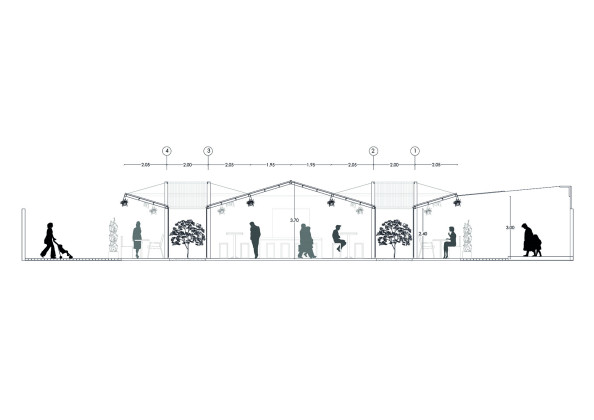 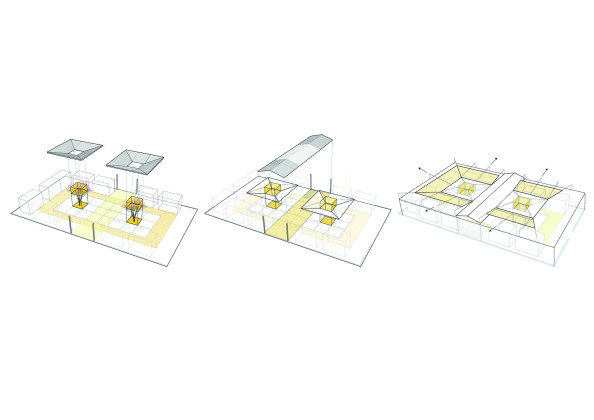 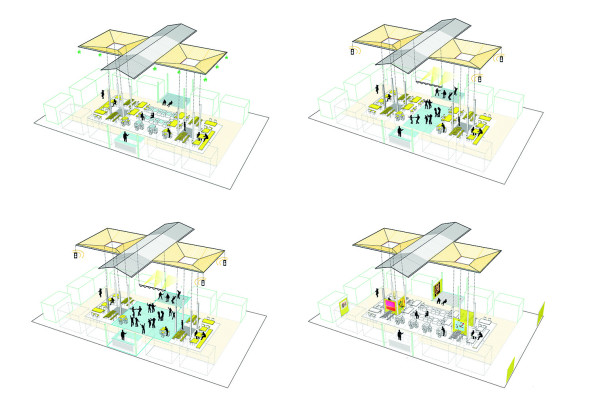 As part of the program two trees are inserted inside and small hanging pots that generate a landscape and indoor climate in which reduces the scale of the space for the user to feel comfortable when exploring the gastronomic proposal of the site, these 2 modules they are the nuclei of the hydro-sanitary and electrical installations, because here the rainwater of the roof drops and the columns that make up each module pass the electrical installations. These two modules of 4 columns each, are the base of the total structure of the roof of 100m2. 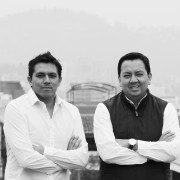 He is an ecuadorian architect from the Catholic University of Ecuador and he studied Master of Science in Architecture at Pratt Institute. He has published several articles in various publications such as InProcess of GAUD Pratt Institute, he has been invited to lecture at various schools of architecture in Ecuador and Europe, and he has been a design critic in the United States and several universities in Ecuador. Pablo Castro Guijarro and Roberto Morales Guijarro opened TEC - Workshop EC in In 2015. They have won several competitions and planning projects of different types and scales that have been part of several European, Asian and Latin American publications; besides of developing several consulting and research projects.

He won several awards with his Undergrad Thesis, which led to the publication of the book “Self-Sustainable Village, in the Urban Border of Quito” and his research “Transmitting knowledge” is part of the book VIOOA Live 100 years, longevity and future city. Part of his architectural undergrad studies were in Segovia - Spain, in 2011 he studied a Masters in Architecture in Collective Housing at the ETSAM, and in 2016 he finished his second Masters Degree at the Polytechnic University of Madrid, Masters in Advanced Architectural Projects. Pablo Castro Guijarro and Roberto Morales Guijarro opened TEC - Workshop EC in In 2015.