Urb-i is a young multidisciplinary group aiming to make cities better, more livable and democratic. We talk to Yuval Fogelson from the team about Urb-i and their desire to spark people's imagination with before/after images of transformed streets around the world

Deniz Çınar: How did you come up with the idea of Urb-i? What kind of concerns is defining your work? 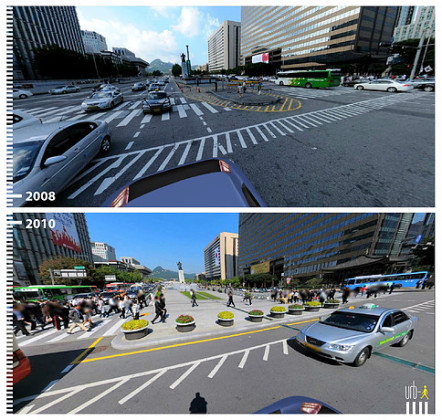 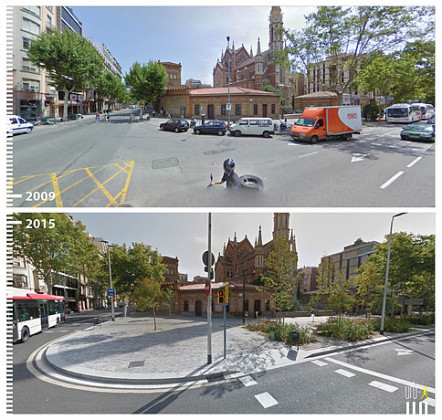 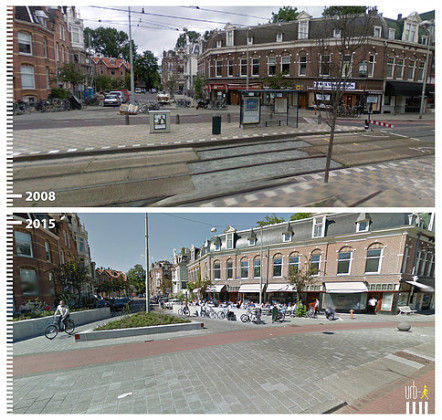 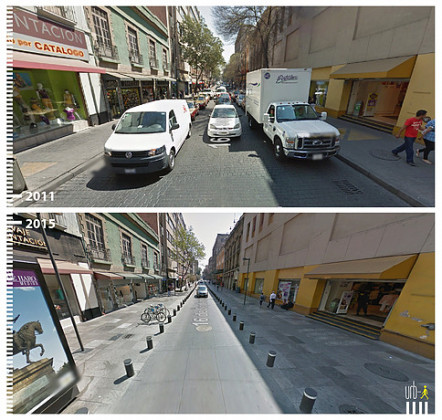 Yuval Fogelson: Urb-i has been found by a group of urban designers frustrated with the inability to improve the existing cities in our work, which focuses on greenfield urban projects outside of the city more. We were also frustrated with the urban logic which favors cars over pedestrians and private spaces over public spaces. Later on, the team has expanded and currently consists of 3 urban designers (I, Carolina Guido, Fernanda Mercês), an economist (Roberto Gentilezza) and a journalist (Paulo Franco). Our main concern is to promote better cities that are designed for people and create consciousness between the citizen and its urban environment. We are trying to do this by giving inspiration, as in the before/after project, and also by taking action through tactical urbanism, with micro-interventions in the city.

DD: Can you tell about the birth of your project to collect and share before/after images of transformed streets around the world? What outcomes do you expect out of this project?
YF: Researching cities through maps and aerial photos has always been a personal hobby of mine. It is very gratifying to be able to share what is otherwise a kind of personal “hobby” – Google Street View addiction – into something useful and interesting for others.

Our main goal is to inspire others, translating our urban design knowledge into something anyone can easily understand. The “before and after” imagery became the means to help perceive transformations in the city in a very clear way. It is a very simple yet effective tool frequently used, as the image is taken from the exact same angle. What’s more interesting is that the gallery proves that it is possible to transform the public space to a more pedestrian friendly place, and that it is being done all over the world.

DD: How many countries, cities and projects have been shared so far? What are the common and opposite sides of projects realized in different countries?
YF: The before/after gallery is constantly growing with monthly updates. With the July 2016 update, there are currently 2000 images from 47 countries. Turkey has been recently added to the list. There are many cities however in our “cities” section we have highlighted 40. We will continue to add more cities. The projects generally vary in their quality, execution and clearly with the surroundings. However, they all have something in common; the improvement of the public space.

DD: How can someone share a transformation example from his/her city? Can you tell how the system works?
YF: The simplest way is to send a link of the street view of the location where there is a before and after image already. In case of Turkey, there is only data from the years of 2014 and 2015, so it can be difficult to find images belonging to earlier periods. The user can also send before images from other sources or a proper photo that she/he personally took. I was able to use Yandex maps to get some of the before images. People can use the contact page to send us the message.

DD: According to the data you have collected so far, what do the streets transformed into public spaces tell us about today’s perception of city, or in other words “our habitats”? How is urban design changing? Is it possible to define some outlines of the global challenges in today’s world of urban design? How do you respond to these challenges through Urb-i?
YF: Today, it is clear that the car-based city is not the answer for creating sustainable livable cities. We are planning cities not for people but for cars. However, this trend is reversing and human-based designs are becoming a new norm in the way we design cities. With more democratic sharing of the streets, with dedicated bus lanes, as it is explained very well by Enrique Peñalosa , the former mayor of Bogota, who has been a leading force in his discussion about democratization of public space for many years, "a bus with a 100 people, has a right to 100 times more road space than a car."

Bike lanes and better sidewalks are also examples of more pedestrian-friendly designs. The before/after project shows all these transformations in a very simple and clear way reach all people, not only to architects and planners.

DD: What are your plans for Urb-i? Beyond being a platform of sharing, are you planning to produce your own projects and interventions for cities?
YF: Urb-i is planning to expand the site and turn it into a platform of urban collaboration and improvements. In addition, we have other activities such as micro-interventions using tactical urbanism, with particular actions for São Paulo where we transform small public spaces into more human-friendly spaces. We are seeking to give lectures and workshops in universities, as well as for general public. Finally, we are looking into ways to implement design of transforming on actual public spaces on a larger scale and with a wider collaboration. 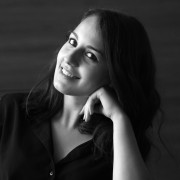 Graduated from Istanbul Technical University as a landscape architect in 2011, Cinar worked at different media outlets. She is currently working at XXI magazine as editor, mainly managing the websites and the social media accounts.