Where is the Lake?

The Lacustrine Pavilion was born from the idea of generating a space for continuous reflection on the Lacustrine past - that historical memory of the city, some of whose fragments we can still observe, feel, touch and experience

In the framework of the Mextropoli nternational Festival of Architecture and City, TAP's (Taller de Arquitectura Pública) Lacustrine Pavilion is installed around and over the water fountain of the Santa Veracruz square. It has a program of activities that seeks to detonate the criticism and reflection of the attendees through talks, workshops, conversations and concerts under the slogan: Did you know that there was a great lake under us? A Lake City endures between us, TAP proposes the intervention of the Santa Veracruz square, one of the original squares from the era of New Spain. Through an architectural installation as a scaffolding around and on the fountain, it embraces the element and guards in its interior a garden in memory of the old chinampas raised by the city of Tenochtitlan. Analogous to a microscope, the pavilion is an artifact that will allow us to observe the lake horizon buried by the city. 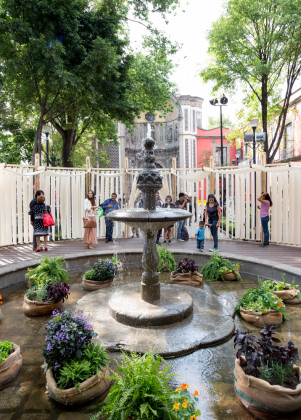 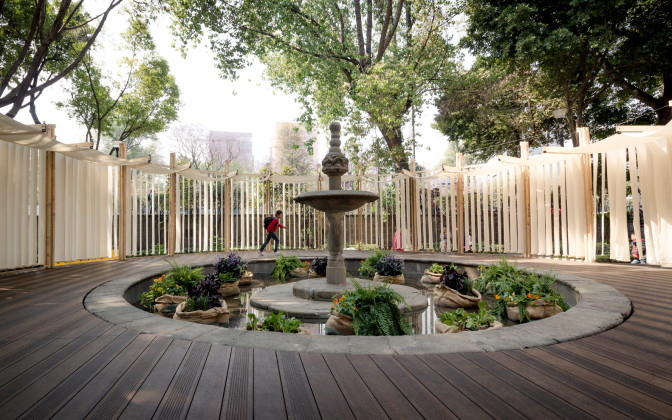 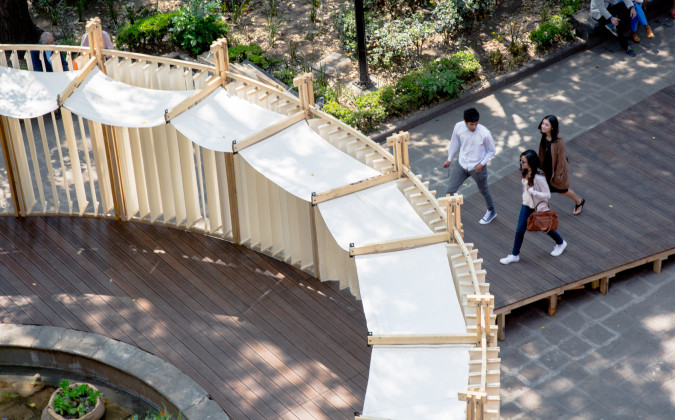 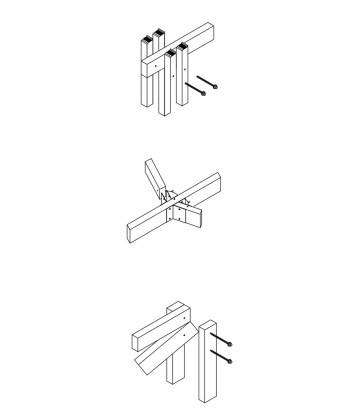 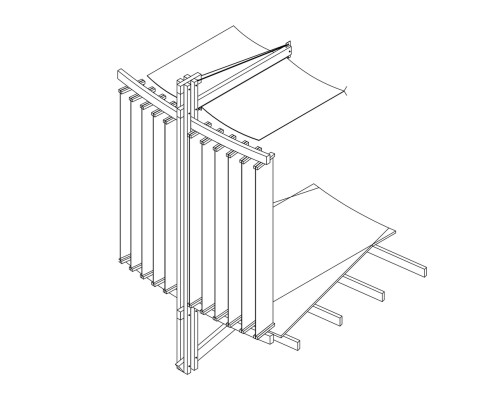 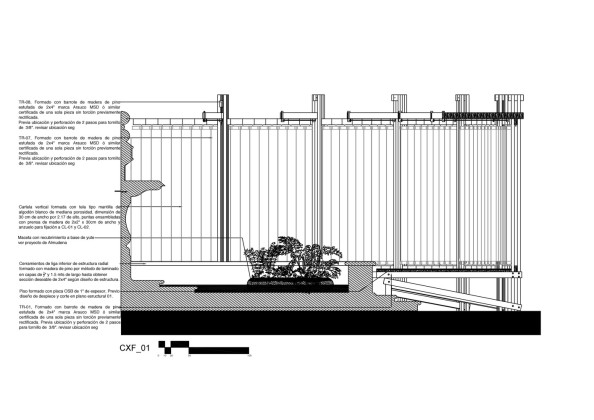 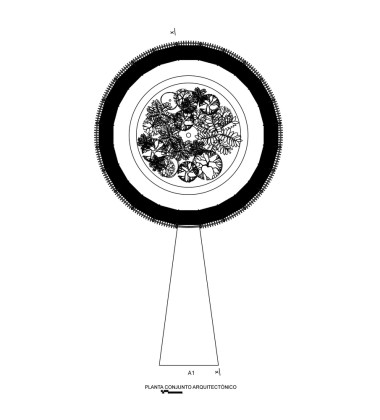 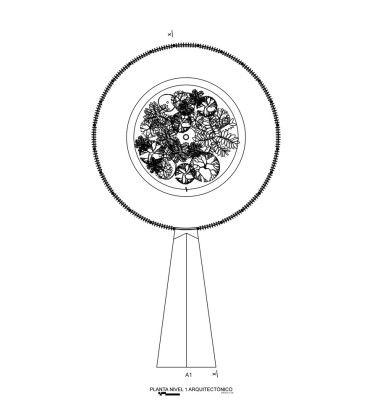 For its construction, the challenge was to generate a structure that would not interfere with the fountain and that ensured the preservation of the square. Special emphasis was placed on building with high quality, sustainable, low-maintenance materials. The structure is created from national pine wood from certified sustainable forests and its textile covering is made of cotton cloth. The structural joints have been designed to be completely demountable by mechanical means, with the idea that they can be assembled with ease and not suffer damage in their disassembly for later transfer to other venues.

The garden, designed in collaboration with Almudena and Huerto Roma Verde, includes a delicate selection of fruits, shrubs, pastures and, of course, flowers emanating from the lake environment. To achieve this, a cultivation system has been designed in which a jute textile pot is proposed. Inside, a series of layers generate an irrigation process that begins when water permeates through the jute, moistening the first layer of the system: a bed of twelve centimeters of tezontle, which serves as a filter paper. Subsequently, the moisture coming from the tezontle layer permeates a second filter of muslin to another layer thirty centimeters thick filled with nutrient rich vegetable soil, in which are planted various fruits and flowers. This process will be observed physically during the Lacustrine Pavilion's stay in the Santa Veracruz square.