The Language of Togetherness

Due to bureaucratic procedures, refugees arriving in Germany are condemned to sustain a long period of passiveness. In the refugee camp on the location of the former American Spinelli Barracks in Mannheim, they are well provided with the bare essentials, but the immediate surroundings are quite desolate and lack quality of common spaces. In this situation, the project „Building Together – Learning Together“ came into being. 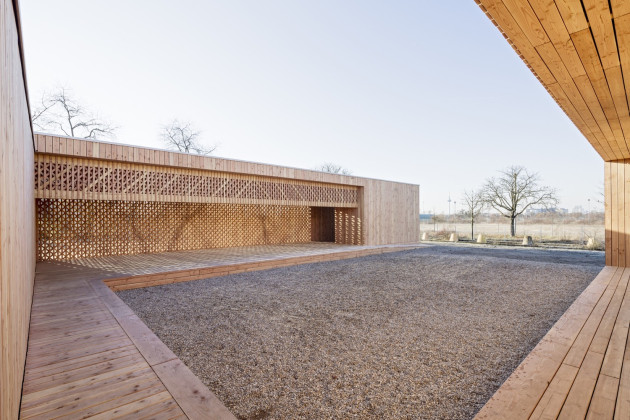 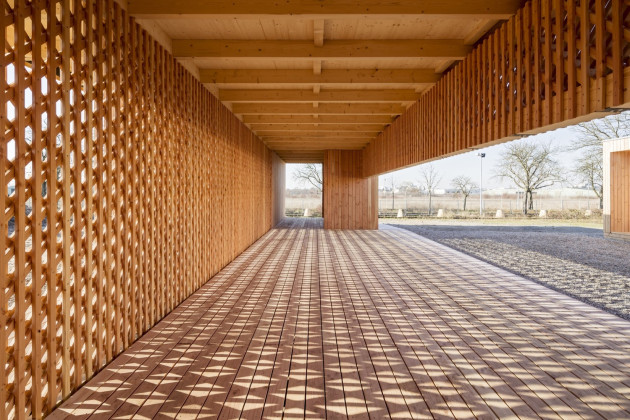 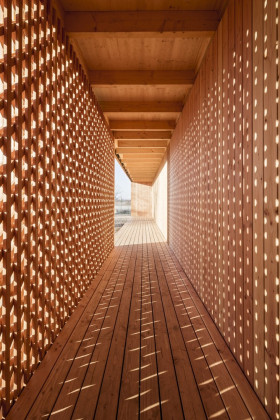 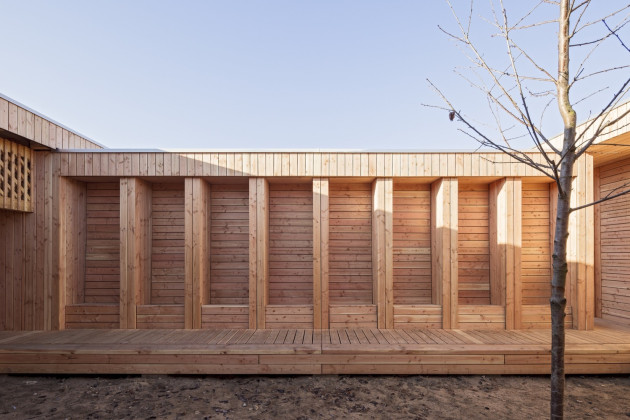 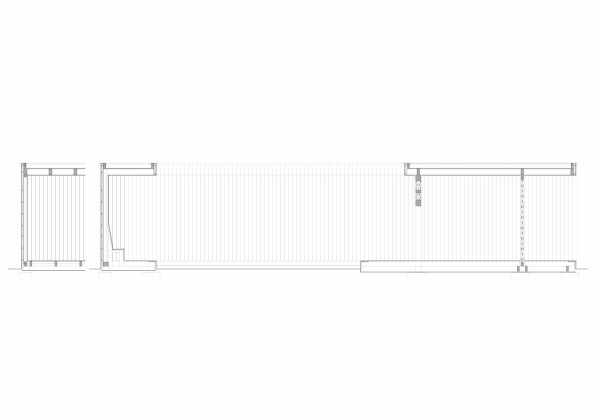 The refugees were given the opportunity to actively shape their environment and acquire new skills, which will be useful, even if they cannot stay in Germany on a permanent basis. The students were able to make an active and positive contribution to the refugee crisis. As future architects they contribute expertise that may appear luxurious in a refugee camp at first glance, but is even more important upon closer inspection: the creation of pleasant places and high-quality architecture.

After pinning down the outlines together with the refugees, the students developed design, permission and execution drawings as well as visualizations and cost planning in the course of a very intensive summer semester. From mid-August until the end of October they worked, ate and lived together with the refugees in the Spinelli Barracks. This resulted in an intensive working atmosphere and very positive group dynamics.

The interior and exterior spaces of the building are either linked or separated in a carefully designed sequence. Two walls of the main building extend to the North, revealing two areas – each with its own specific character. A smaller enclosed space with covered niches may be used as an introverted garden and silent resort, whereas the larger yard accommodates a common room for events – confined by seating booths facing South and West.

All structural elements and surfaces are made of untreated timber. For protection from moisture during the construction process and in order to manufacture these parts in only six weeks, large-format components were prefabricated in a hangar of the former military facility and assembled on site with high speed and precision. The light weight of timber allowed for the transport of large elements by simple means and simultaneously reduced foundations to few singular footing foundations by incorporating the walls as trusses. In this way, both the costs for foundations and the negative ecological impact of concrete were reduced to a minimum.

In order to make the best use of many helping hands and to reduce building costs, no large machinery was employed. Instead, simple and material-saving but labour-intensive constructions were used. Walls and trusses made of simple battens 3 by 5 cm are symbolic representants of this method: Screwed together to a grid of five vertically and diagonally arranged layers, they build a highly efficient supporting structure for walls and trusses. The ornamental structure results in the building‘s unique architectural expression. Multiplied by the interplay with light, it is recognized by the refugees as a reminder of oriental ornaments and as an inviting gesture of identification in a foreign place