The Creativity of Collective Labor and Techno-Socialism

Senem Doyduk's article opened to debate the fact that intellectual production in both academia and architectural practice is becoming increasingly individualized. In light of her various recent experiences, Senem discussed potential ways in which to cope with individualization in this respect through different experiences of herself in recent years. Among these experiences is a set of meetings she organized with architecture students at Sakarya University where she currently works. Senem said that her contribution to “Chain Reactions” will consist of ideas arising from these meetings. That the university is among the social spheres where individualization is experienced most severely makes plain the immense significance of such a contribution. The situation is not different in the UK where I currently live and work, either. If anything, it may even be harsher due to the mechanisms of performance evaluation and future projection based on “the latest technology” being used in this country. Currently, even universities of considerable repute like Manchester and Westminster are in the process of making redundant hundreds of academics, a decision they base on such technologies through which these institutions argue to anticipate the risks associated with various seismic developments including Brexit. The emphasis on the technologies being used in doing so enables the institutions to respond to potential criticism by suggesting that “the decision is not a social or political one; it is a scientific decision based on numerical data.” The implication is that, should we want to find out who is responsible for such decisions, the responsibility lies with not managers or administrators but with algorithms. 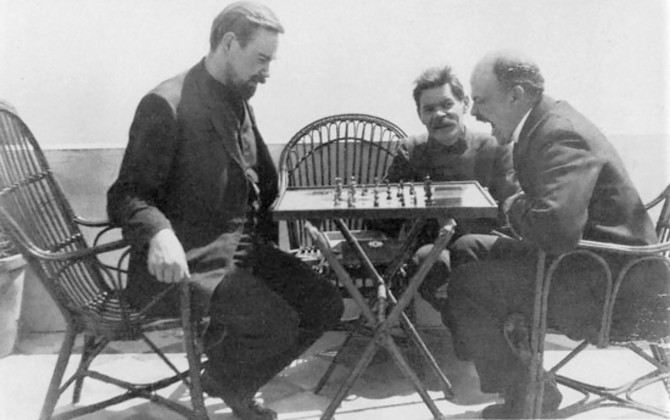 Alexander Bogdanow and Vladimir Lenin playing chess during their visit to Maksim Gorki in 1908, in Capri, Italy. 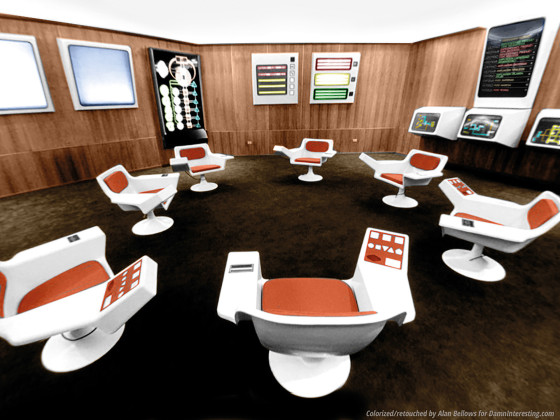 The image shows Cybersyn Project’s operation room which had been designed according to Gestalt principles to help the users understand the information simply and comprehensively.

Importantly, the political apathy such arguments attribute to technology has counterparts in architecture and design both historically and at present. One of the historical milestones in this respect—1960s’ and 70s’ California—is the subject of the “California: Designing Freedom” exhibition recently held at the Design Museum in London. The exhibition traces the origins of today’s technology giants such as Apple, Google and Facebook back to Californian counterculture movements that came about in those decades. According to the exhibition, the historical context in question is significant as it witnessed the birth of architectural practices such as that of Frank Gehry, who are argued to have unlocked the liberating potential of technology. Indeed, Justin McGuirk, who curated the exhibition and acts as the Design Museum’s head curator, wrote in the book accompanying the exhibition that Gehry was able to “express himself more freely” by using CAD software like CATIA in a “creative” way, and that he even helped “liberate architecture from the right angle.” We must of course take this statement with a grain of salt, and do so for multiple reasons. Maybe the most obvious among these reasons is that CATIA was developed first for the purpose of manufacturing warplanes and thus had no concern whatsoever with liberation or emancipation. Further reasons for contention that are not so obvious as the latter involve the meaning McGuirk’s discourse ascribes to the notions of “creativity” and “freedom.” As stated by architecture theorist Douglas Spencer, McGuirk’s discourse assumes these notions to arise merely from formal innovation. Political and social imagination has no place in such a notion of “freedom” and “creativity”. Therefore what is at stake in these notions is reduced to the architect’s ability to express and stretch his or her personal imagination regarding form. Social processes such as labor that bear upon materializations of the imagination and innovation in question are rendered invisible.

A similar criticism was voiced during an event titled “Karşılaşma No.4: Öğrenciler Buluşuyor!” (Encounter No.4: Students Are Gathering!) and organized on October 13th by Yeni İz Topluluğu, a student initiative in the Department of Architecture, Sakarya University. Delivering the event’s closing address, Güven Arif Sargın suggested (as summarized by Senem’s related posts on social media) that “there is no such thing as creativity; there is labor,” offering as it were a critique of McGuirk’s discussion of Gehry. One could perhaps take Sargın’s critique a humble step forward by imagining situations where both creativity and labor thrive symbiotically. The question would then be whether creativity —especially technology-driven creativity— could be understood as a collective-social phenomenon rather than just a personal-formal one with the collective-sociality concerned being a feature of both the labor that underpins creativity and the future scenarios it may help bring forth.

Importantly, exploring this question at the present historical juncture requires abandoning the melancholy of limiting one’s imagination of “progress” to past examples through which it was institutionalized. In fact, recent history has in store a set of potential influences that may bear upon such an imagination but have remained relatively uncharted due to their failure to institutionalize. Cases in point include “tektology” and “proletkult,” two projects by Alexander Bogdanov who initially competed against Lenin for leadership of the Bolsheviks in the run-up to the Soviet Revolution but after losing the bid and being sidelined from politics, turned towards experimental endeavors based on technology. In his work on Bogdanov, McKenzie Wark has theorized the projects in question as a form of autonomous organization based on the labor of a historical figure akin to that of the contemporary hacker and on a sensitivity that is qualitative rather than quantitative. Another case in point is Cybersyn, a project developed in 1970s’ Chile by the Allende government in consultation with the English cybernetician Stafford Beer. The project’s story was cut short by the military coup that overthrew Allende. Eden Medina’s work on the Allende government’s technology-driven policies has considered Cybersyn a system that gave workers a say on their own lives by allowing them to relay on a real-time basis information from factories to governmental institutions and aspired to enable citizens to directly participate in political decision-making mechanisms. While these historical precedents do not come directly from the realm of architectural practice, they may nevertheless help imagine a future when technology might serve to unlock the creative potential of collective labor towards innovating on the basis of clear social and political aspirations rather than foster an innovation which is merely formally motivated and the creativity of which is deemed self-evident.

*This article, first published in November issue of XXI in 2017, has been translated into English for this online platform. 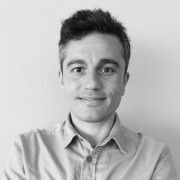 Eray Çaylı is an academic working at the interface of anthropology, geography and architecture. His research interests include the spatial manifestations of collective memory and disaster imaginaries. He lives and works in London, where he moved in 2011 to pursue his PhD at the Bartlett School of Architecture UCL (completed in 2015). Since 2012, he has taught undergraduate and postgraduate level courses based on his research interests at various universities in and around London (most recently and currently at London School of Economics and Political Science). Since 2008 he has also written regularly for non-academic publications on design and architecture in Turkey, which he continues to do in the form of a bi-monthly column in the magazine XXI. For further biographical information and a complete list of publications, please visit https://lse-uk.academia.edu/ErayCayli