Rethinking Socio-Ecological Memory Of Cities During The Coronavirus Days

Can we argue that the cities have socio-ecological memory, as our immune systems do? If so, the 19th century holds an important place in this memory. In this period, the introduction of the germ theory caused a shift from preventative measures towards public health, such as general hygiene, sanitary infrastructure and environmental organization of the cities, to profit oriented, temporary and ad hoc healthcare solutions, such as chemicals, medicines and vaccines. In the following two centuries, the science and technological developments in the hands of capitalism powered this shift immensely. In addition to this radical change in healthcare, the ecosystem has become even more fragile bio-physically, socially and economically due to increasing numbers of wildfires, floods, storms, respiratory diseases, higher carbon emissions and loss of biodiversity. At this point, shouldn’t we better refocus on our ways of living, practices of urbanization and the relationship between our cities and health? After two centuries, don’t we need radical changes in our lifestyles and the current space-making agenda to improve our health rather than relying on hardworking medical personnel and ad hoc emergency solutions?

Today the world is focusing on the culinary habits of China as the cause of the Coronavirus (Covid-19) outbreak instead of their global leadership in the cement production and consumption1 (which leads to the most urbanized environments!) as well as carbon-emissions.2 To better understand the Covid-19 outbreak and its relationship to our urban living conditions, which reminds us of the quarantine days of the 19th century or some dystopian films and novels,3 let’s go a little back to the 19th century Istanbul.

The Cholera days, the epidemic that affected Istanbulites as much as population growth, increasing international trade connections, great fires and earthquakes. The first Cholera outbreak in Istanbul was on 26 July 1831. The second wave hit in 1847. The third wave in 1853-1855 during the Crimean War. The fourth wave started in Singapore in 1863 and spread to Istanbul in 1865, when an infected Ottoman Navy ship approached Kasımpaşa. The Cholera (Vibrio cholerae) bacteria rapidly took the lives of poor workers who lived and worked in inadequate health conditions in Kasımpaşa and spread all over to Istanbul from their bodies.4 Thirty thousand people died in 1865 and the outbreak earned its name, the Great Cholera Outbreak of Istanbul.5 Most of the casualties were among the poor people of Istanbul inhabiting in the Historical Peninsula who could not access medical care, while the ruling elite of the period (such as bureaucrats, the sultan and his family) lived on the waterfronts of Bosporus. They have chosen this region not only for its beautiful view but also for its clean, healthy air and water,6 away from the unhealthy and chaotic environment of Istanbul.7 This inequality played an essential role in the reshaping of the urban metabolism of Istanbul and reciprocally the geographical development of urban infrastructure. 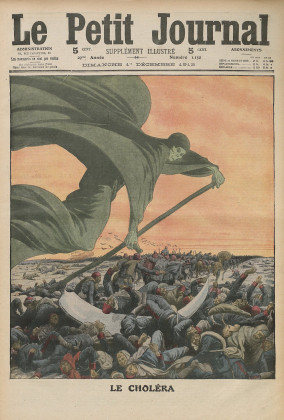 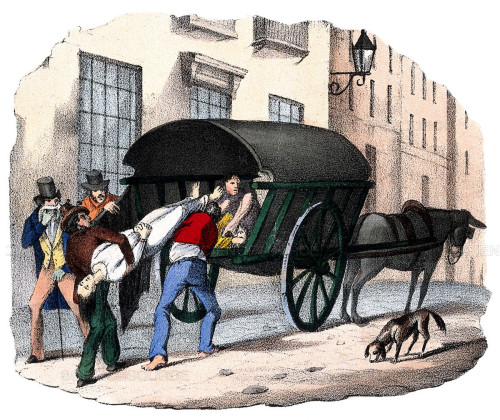 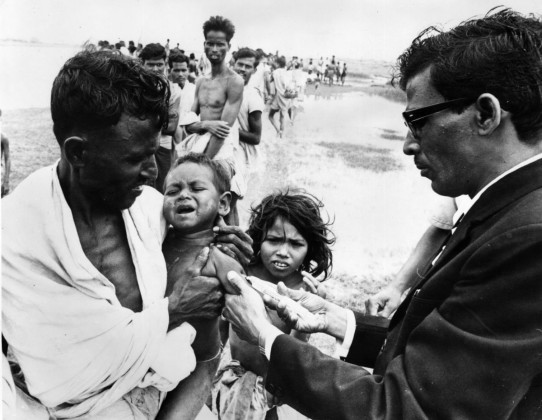 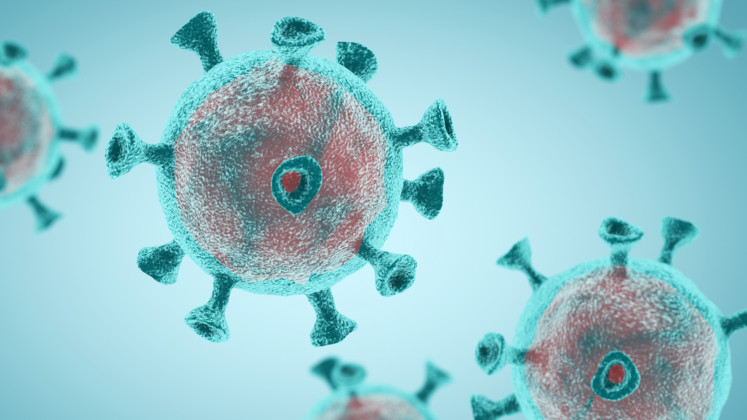 It is possible to claim that the cities of the 19th century left behind a modern but unequal water infrastructure, due to improvements in medicine and chemistry under the conditions of capitalism. In the most general sense, since the developments in the 19th century, water resources have not been directly polluted by human waste, our sewage does not flow directly into the sea from the streets, but all this is done in more complex and less visible ways.8 Today we cannot know how the tap water reaches our homes, where it is coming from or what stages are involved in between. Neither could we alter these systems easily. In other words, it is not open to our intervention. The main reason for this (besides its complexity and technology) is that the water infrastructure is controlled by either nation-states, corporate nation-states, or private companies. We call this the “modern water infrastructure system.” One of the most important reasons for this system to become a complicated and invisible network was to provide “hygiene” and keep health conditions under control. The evolution of the modern water infrastructure is where we can easily grasp that social and natural cannot be separated.

The primary catalyst for the development of the modern water infrastructure system was the Cholera epidemics, which was seen in İstanbul and European cities during the 19th century. These modern cities rely on the peoples who try to live hopefully in cities and do not reach the livable environments and healthy working conditions and die in masses. This situation in Europe brought local governments and states, scientists and those who study urbanization together, resulting in today's infrastructural cities.

Meanwhile in Istanbul, a law on the relations between the built environment and public health was brought into action on 26 November 1861 (Turuk ve Ebniye Nizamnamesi). This law was aiming to help people to cope with diseases by reorganizing the cities in a healthy way. Then, we quickly moved away from the logic of the urban organization and relied on bacteriology and chemistry. Polluted water sources would be chlorinated, and water treatment plants would be built, water would be bottled without human touch...

Now other "ad-hoc" solutions are ready for this fragile century and its cities, which are the production of capitalism: Black factories, machine landscapes, online meetings and trainings... So what will be our solution? Won't we reclaim the cities, streets, and chances to meet again?

Mike Davis9 underlines that the world is now in the early stages of a “medical Katrina” disaster, and urgently recommends to establish an international egalitarian health infrastructure system. He underlines the importance and urgency of everyone having access to essential medical care and assistance as a human right, such as essential antibiotics, antiviral drugs, vaccines. He draws attention to the most vulnerable group of working people, who still have to continue to work in such a world, cannot receive adequate care and cannot live in good conditions, unlike a lucky minority who can work from home.

Last week, the local news in Turkey mentioned the need to represent dentists and pharmacists in the medical scientific committee under the Ministry of Health. We should not think of the public health issue as if it were only in the relevant field of medicine, and the solutions are limited to this field. What if urban scientists, architects, historians, sociologists, psychologists are involved in the scientific committee on outbreaks and public health, and we all become part of a multi-disciplinary work? What if the multi-disciplinary work continues, even after the days of the epidemic? What if the committee expands and the student representatives from the universities, workers' representatives from the business lines, neighborhood representatives, and citizens also take part, they can work and live collectively, hand in hand for the cities that do not make the ecosystem more fragile or ill?

The socio-ecological memory of outbreaks and cities tells us to produce permanent, preventive solutions instead of temporary ones, to remove strict borders between sciences, and countries and develop international solidarity and common sense.

Finally, let me finish the article by giving a little advice to architecture students who are bored at home. If we start with the low hanging fruits, and our focus are urgent solutions, for example, what if you start working with medical students for these and similar situations. How can we quickly design an alternative organization and try to create additional bed capacity hospitals, nursing homes, quarantine areas, living spaces? It is worth thinking about it!

References:
1 https://www.globalcement.com/magazine/articles/1054-global-cement-top-100-report-2017-2018
2 http://www.globalcarbonatlas.org/en/CO2-emissions
3 “Death in Venice” by Thomas Mann (1912), “Love in the Time of Cholera” by Gabriel Garcia Marquez (1985), The Hot Zone (1994) by Richard Preston, and “Contagion” (2011) by Steven Soderbergh.
4 Ulman Y.I. & Yıldırım N, (2006) The Great Cholera Epidemic of İstanbul in 1865. 40th International Congress on the History of Medicine, Proceedings 1, Budapest, Hungary, p. 269.
5 i.b.i.d
6 Steam ships and daily voyages through the Bosphorus on regular basis are important too. The steam ship company titled Şirket-i Hayriye was established in Istanbul (1854).
7 This text is based on the research I have done for my doctoral thesis titled “Urban Metabolism of Istanbul: Transformation of Waterfronts Between 1839-2019” at METU Faculty of Architecture, under the guidance of Güven Arif Sargın in order to understand the urban metabolism of Istanbul through the socio-ecological transformation of its waterfronts.
8 I said in the most general sense because some countries in the world still do not have a healthy water infrastructure and access to water.
9 https://jacobinmag.com/2020/03/mike-davis-coronavirus-outbreak-capitalism-left-international-solidarity 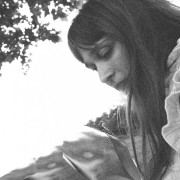