The hut was developed in a design and building workshop with students from the University of Technology in Trondheim following an international seminar about the future of eco-tourism in the Western Ghats region in India. The main aim was to find solutions which would benefit the local population specifically and the environment of the region in general.

The workshop took place in Kagal close to the coastal city of Kumta in the Indian state of Kanataka. The surrounding coastal regions of uttara kannada are embedded between the arabian sea and the western ghats. The western ghats, is a 1,600 km long mountain range on the western side of the indian continent with a maximum elevation of 1,200 meters. This mountain-range is one of the worlds ten “biodiversity hotspots“ with 5,000 species of flowering plants, 139 mammal species, 508 bird species and 179 amphibian species.The concept was to make the hut as environmentally friendly as possible by using locally produced, materials and renewable energy sources. This would then simplify both production and maintenance of the buildings in the long run. 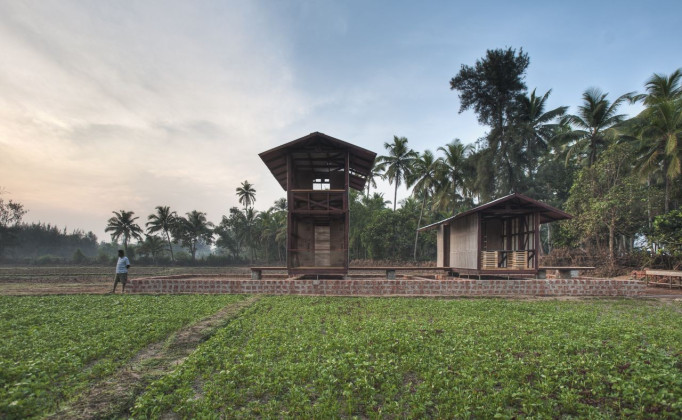 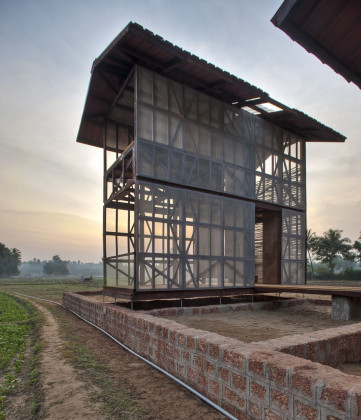 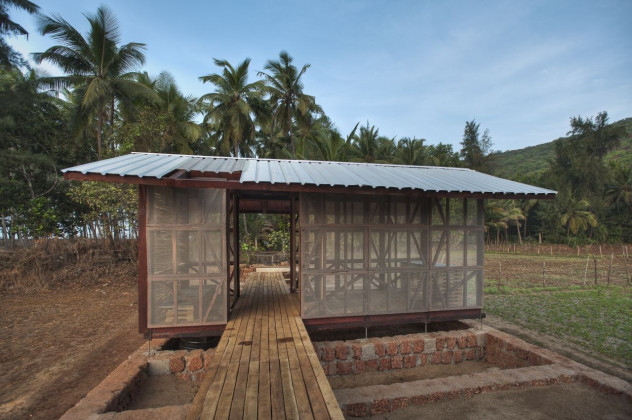 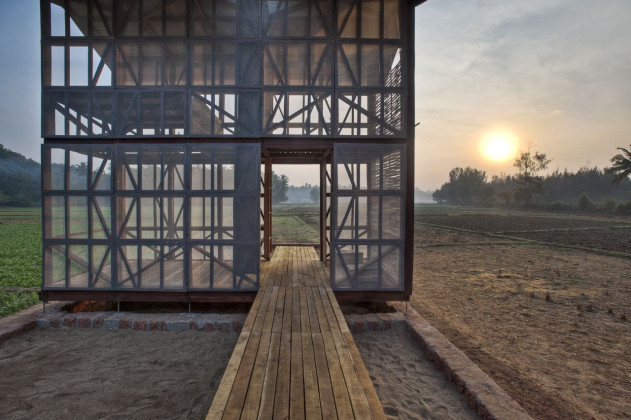 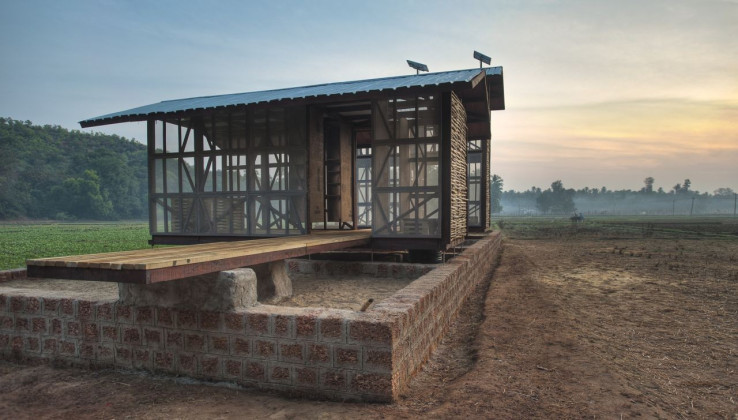 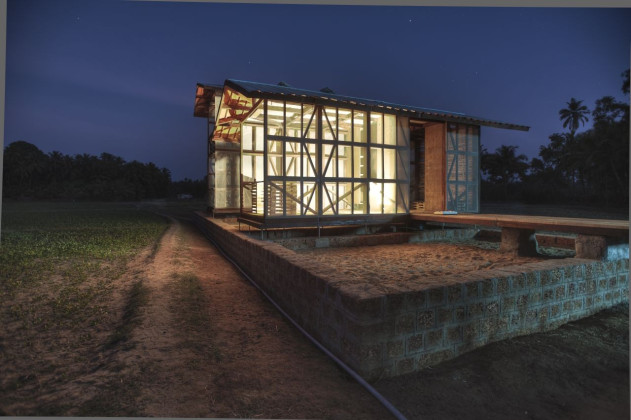 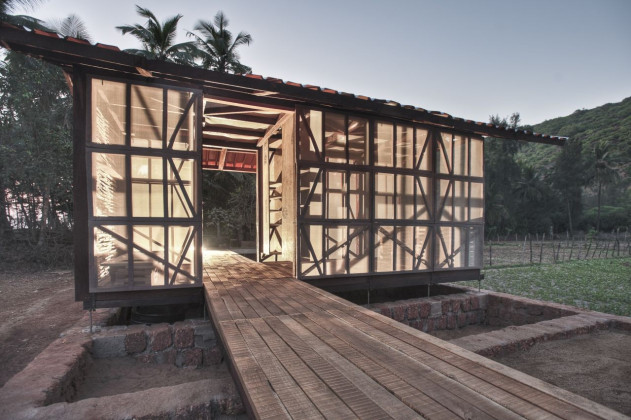 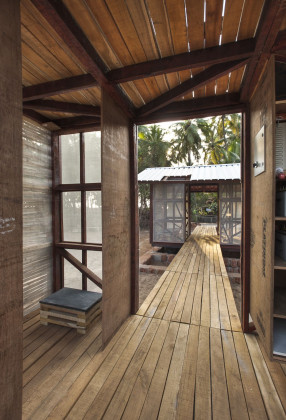 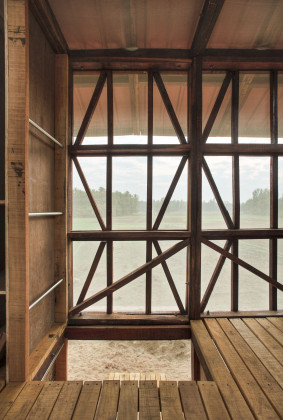 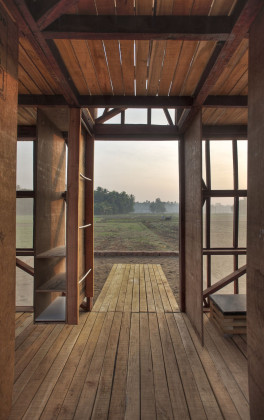 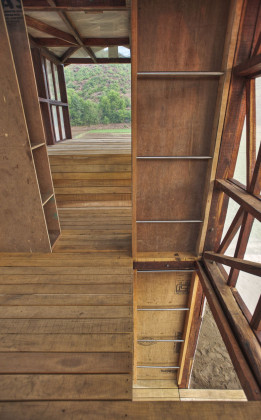 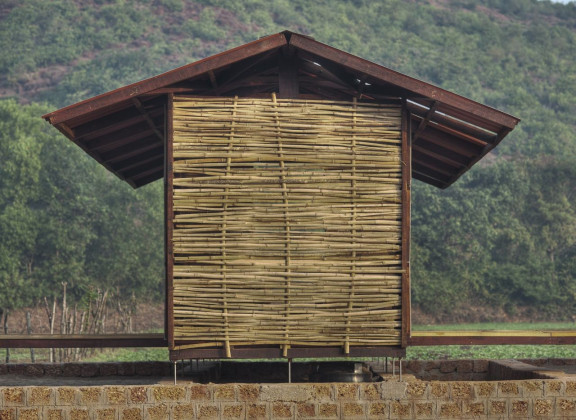 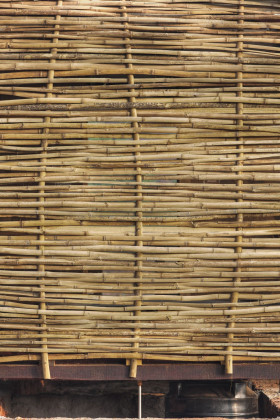 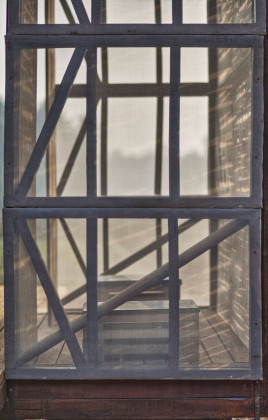 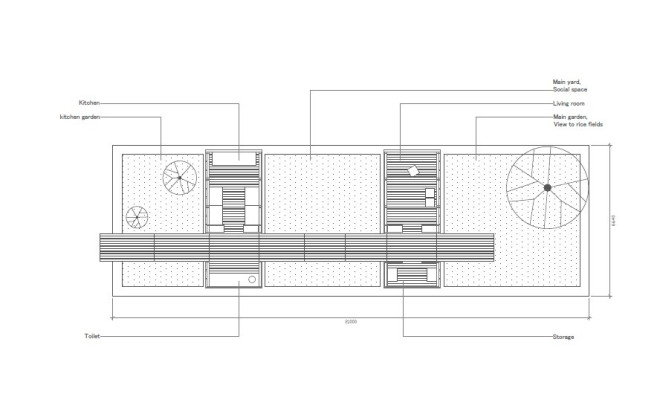 The hut represents a possibility for the local population to invest in the growing environmentally conscious segment of the tourist market while maintaining their traditional culture and lifestyle. The building is totally off-grid. It has solar panels on the roof producing enough energy for the future inhabitants and a composting latrine which produces biogas enough for one household.

The organization is based on the local building tradition with a cluster of houses which compose a shaded courtyard situation where people can gather. One, two or more buildings can be built next to already existing dwellings or erected separately to form an individual cluster of buildings. Introducing an orthogonal traffic system in the building, one can add several of these buildings together to form a more urban setting in the situation where that is feasible.