Located in a UNESCO listed city in Uruguay and designed by Frazzi Arquitectos the project forms a cultural passage transformed from the natural landscape.

The situation of the Historic District of Colonia del Sacramento generates a strong relation between the private work and the public space, since the limitations of vehicular traffic and the condition of historic enclave, encourage the pedestrian traffic and consequently the environmental quality, revalued by the relationship with the Rio.

It became systematically a heritage enterprise (rescue, preservation and enhancement of the remains), educational (museum display of artefacts found on the site), which includes avant-garde architecture incorporated into the urban environment forming a cultural walk called "Paseo De La Brecha" in allusion to the site where the attacks were carried out to Colonia del Sacramento in various places during the Portuguese occupation. 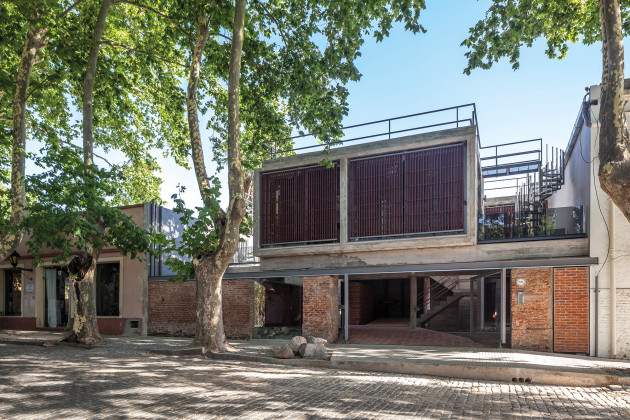 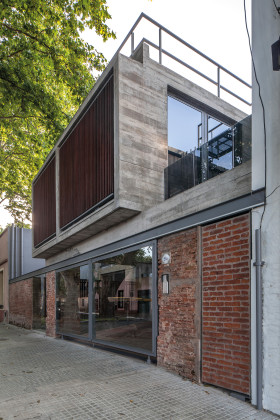 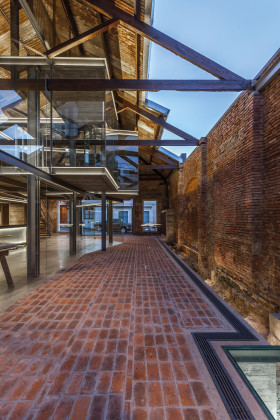 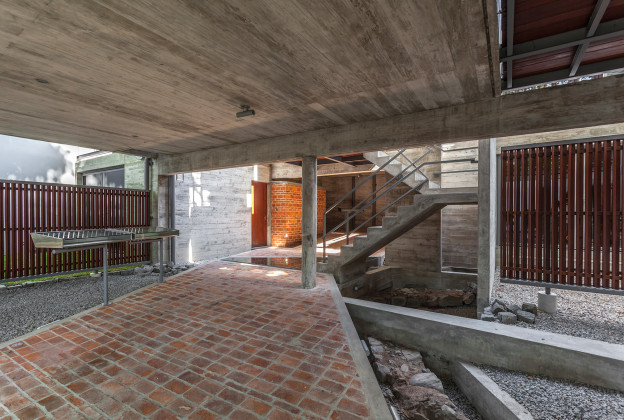 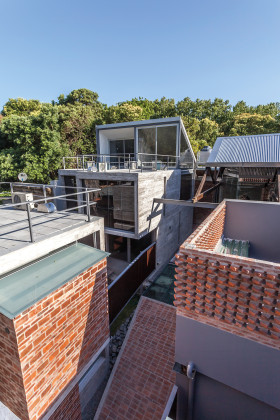 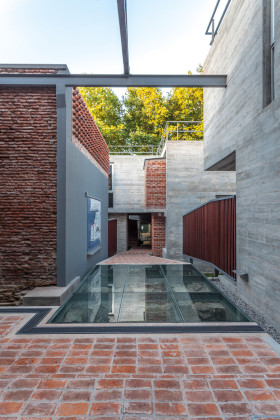 The project is located in a privileged location meters from the river, over two grounds unified in a ¨L¨ shape, with way outs to two streets of strong gradients, typical of river ravines.

Important previous research works -digging out the historical, cartographic and archaeological background of the place- and careful preliminary excavations within it leaded us to discover remains of the wall and its buttresses from the former fortification of the citadel created in 1680 by the Portuguese (as well as remains of old pottery and tableware, military elements, sabers and cannonballs from the many battles and struggles between Spanish and Portuguese). All of them with high patrimonial value, and suggested to be conserved and exposed to the public by the Uruguay Cultural Heritage Commission and UNESCO. 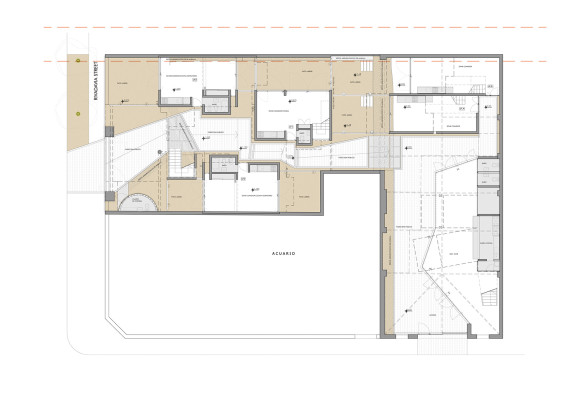 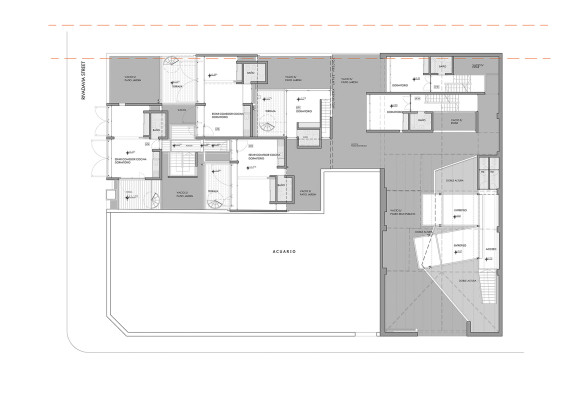 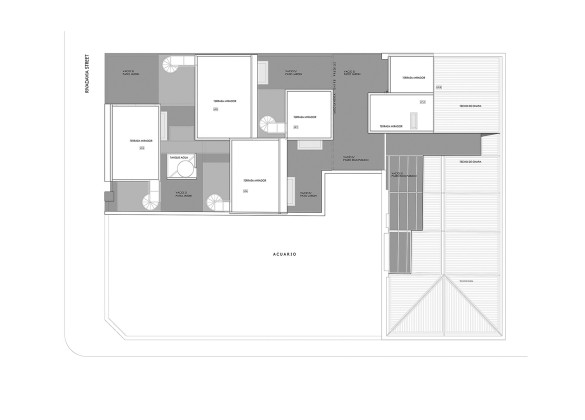 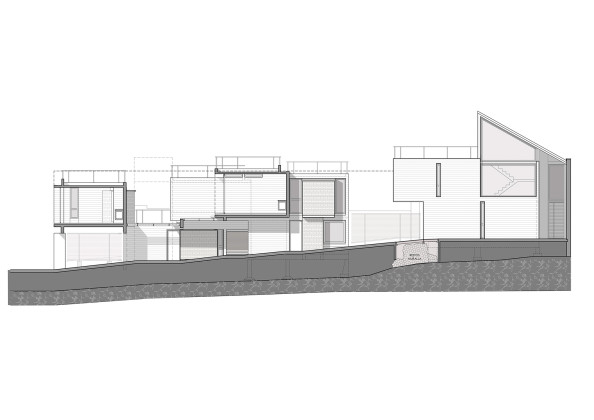 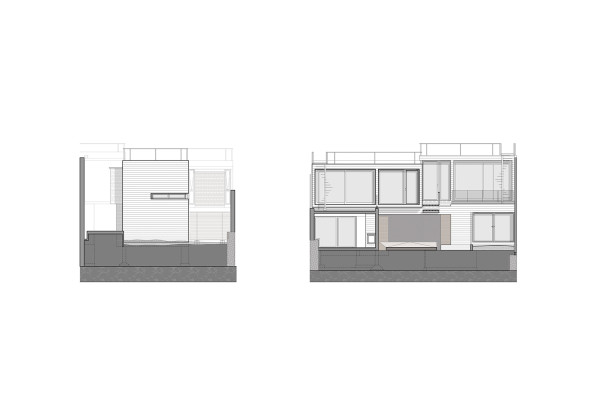 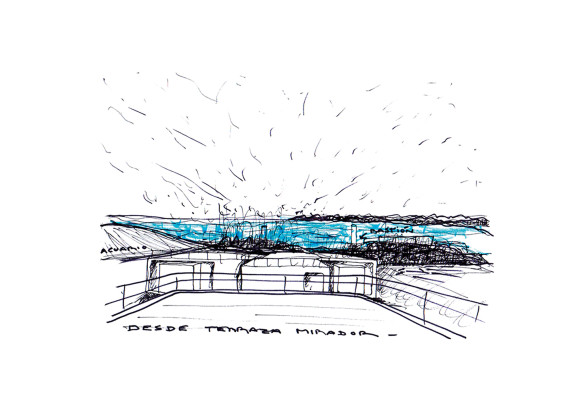 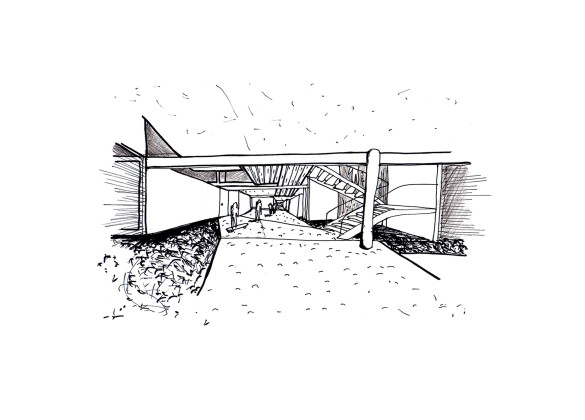 The intervention consists in generating a public internal crossing walkway which unifies an old barn with a series of cells or housing boxes, in a direct linkage with the street as a prolongation or "passage" of the city -of a certain medieval spirit- where the archaeological remains found will be inserted and displayed as in an open sky museum.

The great area of the old barn is set in value thanks to the emphasis in its significant elements, as they are its high walls with bricks at sight counterforts and its pinotea wooden truss supporting the topping, interposing between them new glass boxes as mezzanines, which with their movement and modern language enrich and give scale to the pedestrian walkway. The use of noble building materials (common bricks, exposed concrete, wood, stone) is one of the city insertion premises.

The set of housing is characterized by a simple volumetry, a series of juxtaposed concrete boxes -exposed by gross table- achieving a gradual staggering which accompanies the different levels concerned to the topography of the ground. These boxes superposition generates fullness and emptiness on the pedestrian walkway, with lights and shadows contrasts and diversity of space situations. As a consequence of this staggering we have balcony terraces, blending in with the favored surroundings by the close presence of the river and the patrimonial constructions that conform the urban scale of this historical neighbourhood.

We try that the natural lighting is an indispensable condition, where we study the orientations to be able to absorb sunlight throughout the day, minimizing the use of electric light, looking for the strong relation interior-exterior and revaluing the communitarian spaces of encounter.

The use and reuse of noble building materials (concrete, bricks, wood, iron, veneers, glass) has a favorable impact over time as they require very low maintenance, minimizing the use of resources in the future. Not only did we try to play with these noble materials but also with the senses, generating physical and visual limits, lights and shadows and preserving the old identity of the place, where the presence of the centenary grove of the site brings environmental quality.