Designed by Atelier ARI, Open Border is a long wall placed perpendicular to the skating trail on the Assiniboine River in Winnipeg, Canada. The red, almost four meter high barrier spans the river, creats a strong border, and is clearly visible in the contrasting white snowy landscape. The double wall is cladded with red insulating strips that keep the cold wind out. The inner walls create a series of interlinked spaces. Skaters and pedestrians can cross the border over the full length. Inside the wall the atmosphere feels warmer, a friendly place that invites people to play and come together. 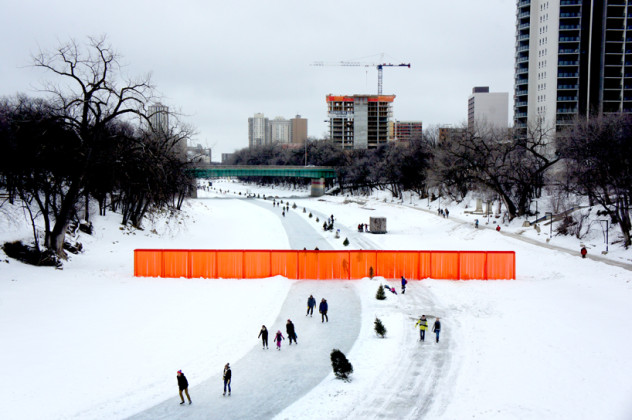 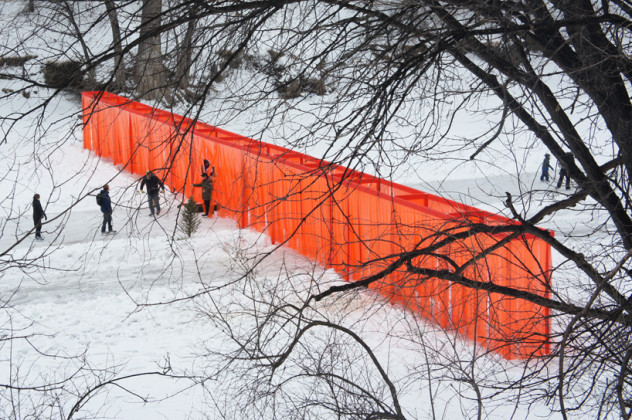 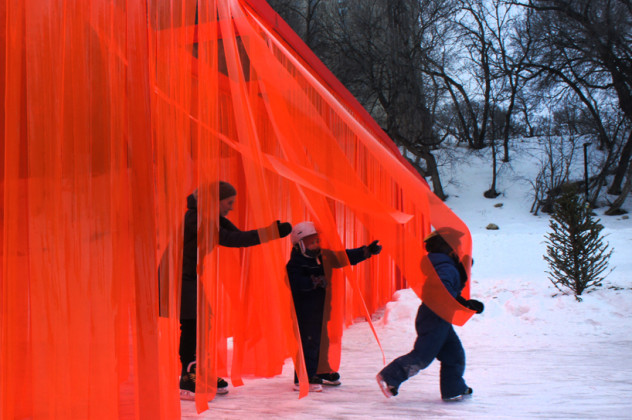 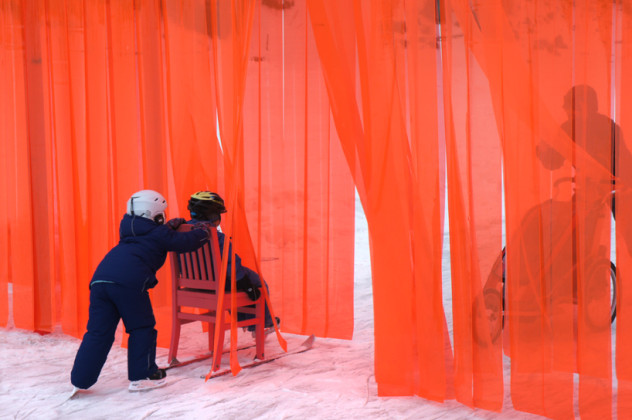 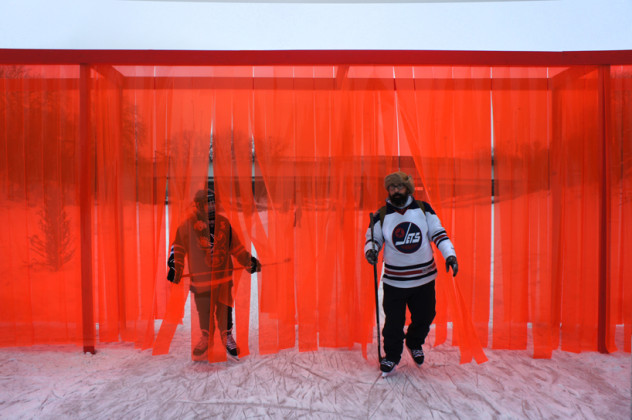 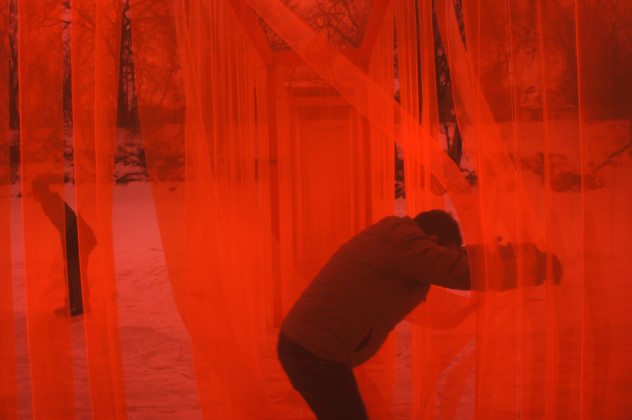 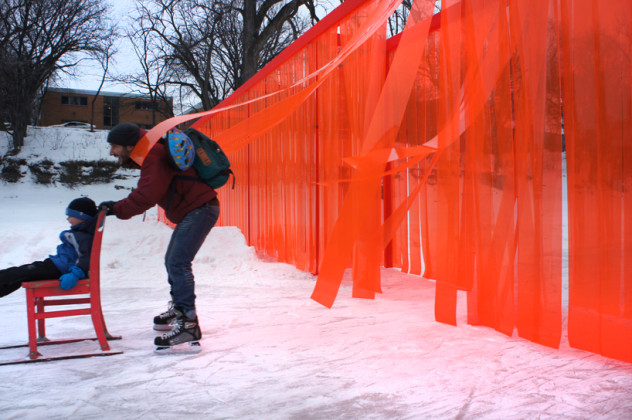 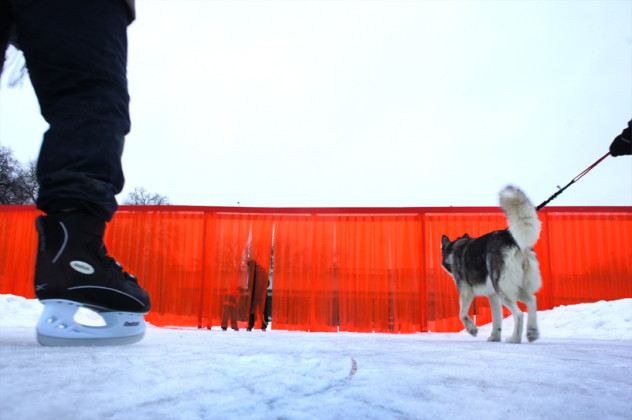 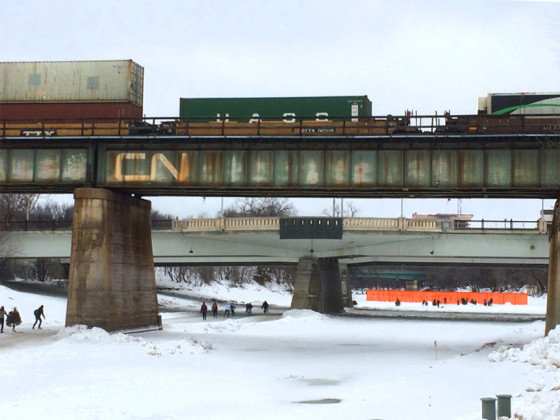 Open Border responds to the tensed political climate. The completion of the project is at the same that the United States president confirms his plans for the construction of a wall along the Mexican border and choose to drastically close the borders for several Muslim countries.

The project is built nearby The Forks on the Red River Mutual Trail. The Forks is the center of the very isolated city, at the meeting point of the Red River and the Assiniboine River. In winter temperatures can drop to more than minus forty degrees Celsius. Open Border is part of the 2017 Warming Huts Competition. Through an open competition, each year a number of combinations of architects and artists are selected to build a pavilion along the skating trail.