The renovation of the open areas of a 1970s social housing in Denmark intends to enhance the public life and the connection between spaces, responding the priorities that had shaped the site in the first place

Farum Midtpunkt is a famous social housing building from the 1970s, situated in Northern Zealand, Denmark. It is based on modernist principals where the idea was to combine single-family homes with public functions in a closed community. The residents wanted Farum Midtpunkt to be more open to the surrounding areas and have it renewed with clear respect for the original intentions of the settlement. The outdoor areas consist of recreation areas, paths with smaller squares and a parking area. Parking is located under the apartment blocks from which you can take a staircase to the apartments. In this way the pedestrians are separated from the motorists. 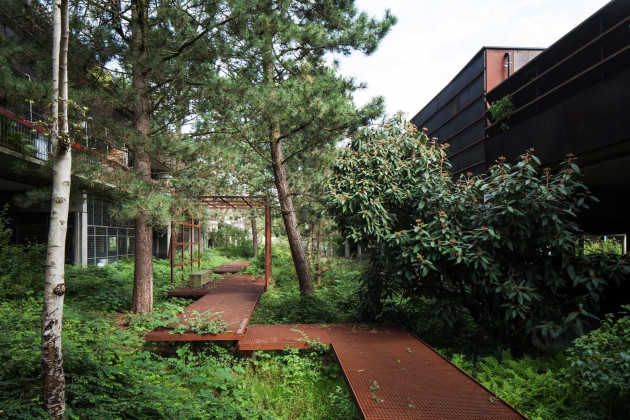 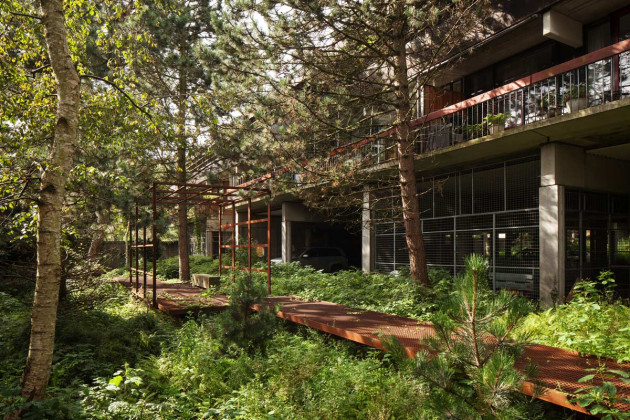 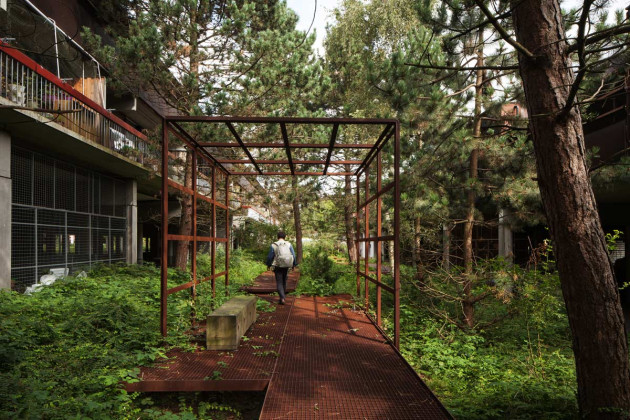 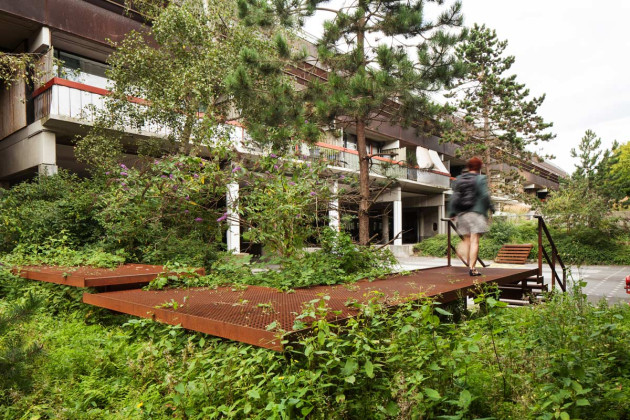 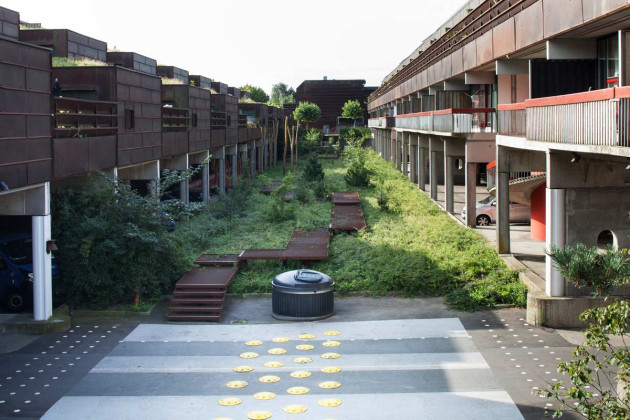 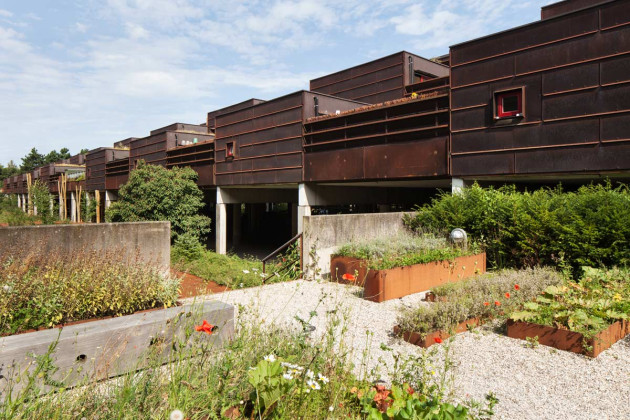 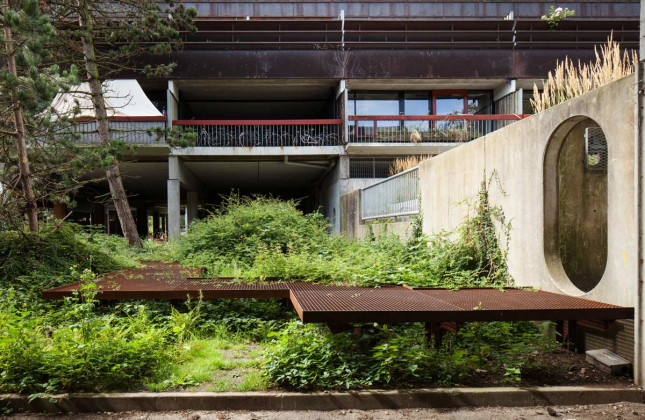 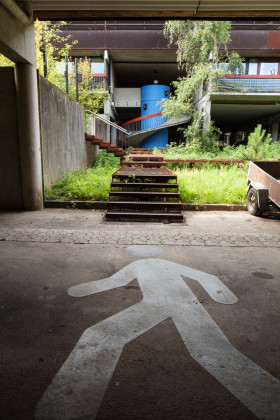 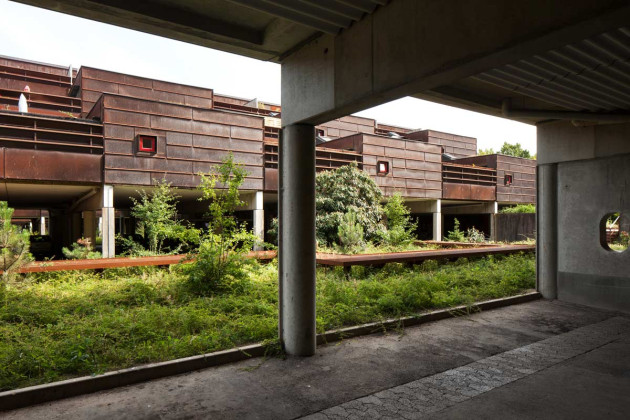 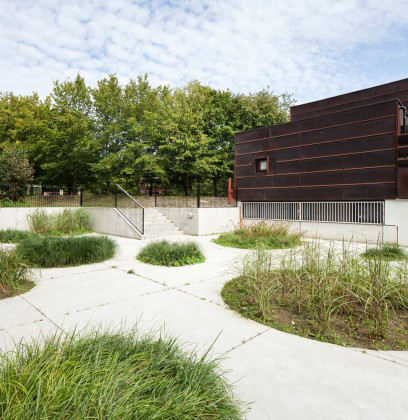 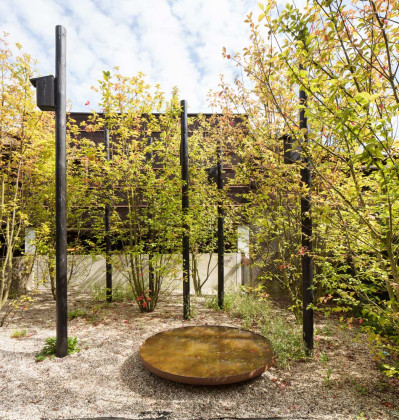 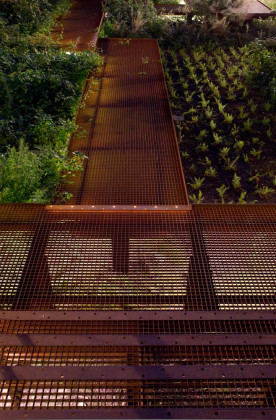 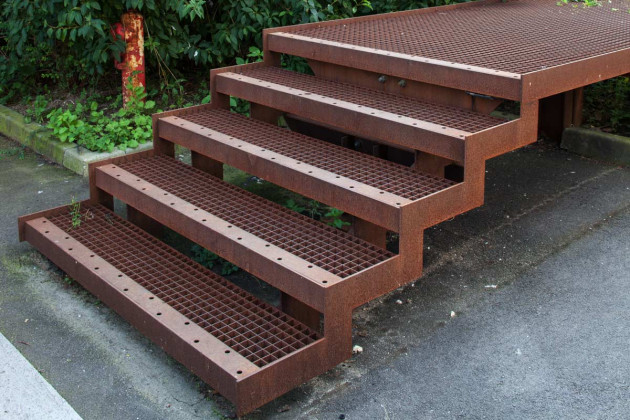 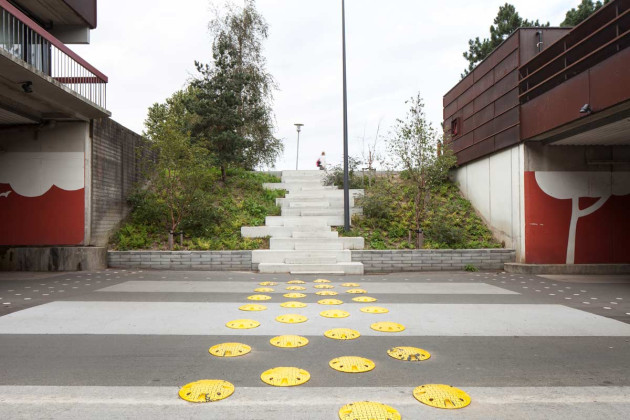 The project is formed by a floating trail that goes along and in between the apartment blocks, creating openings. This trail retains the very characteristic wild planting between the blocks and is at the same time a shortcut with various hotspots attached. The renovation is both a boost of outdoor areas as well as a significant contribution to the image boost that the housing block is undergoing. The renovation has created a greater sense of safety for residents, better public life in the area and a better connection to Farum city.

The project has, among other things, been supported by "The Good Residential Life" – a Realdania campaign that supports physical projects that develop the common facilities of the social housing community and show new ways to a good residential life.