Lab North is launching a call for applications for a temporary occupancy on the roof of the base of the WTC I&II. The WTC I&II are the first towers of the “Manhattan Plan” developed in the 1960s. Based on a modernist vision of the neighbourhood, the initial idea was to connect all the tower’s bases to create a network of public spaces connected exclusively by footbridges. In the end, the bases were only partially built and the footbridges never saw the light of day, so the roofs -once imagined as generous pedestrian spaces- remained empty. However, Lab North believes that these spaces have undeniable qualities and that they can have a second life if the conditions are right.

The objective of the project is to transform this unused open air space into an open and living urban vegetable garden. A direct access from the public space to the roof is being designed. The aim will be to test a variety of innovative urban agricultures while at the same time offering a "semi-public" space to share and to enjoy with the users and inhabitants of the district. The project will host several projects of 50 to 1000m2 in order to offer a "park" with a variety of environments and experiences that can be more or less experimental, more or less social, more or less productive.

You can find futher information here and click here to download the plan of the base and the terrace. 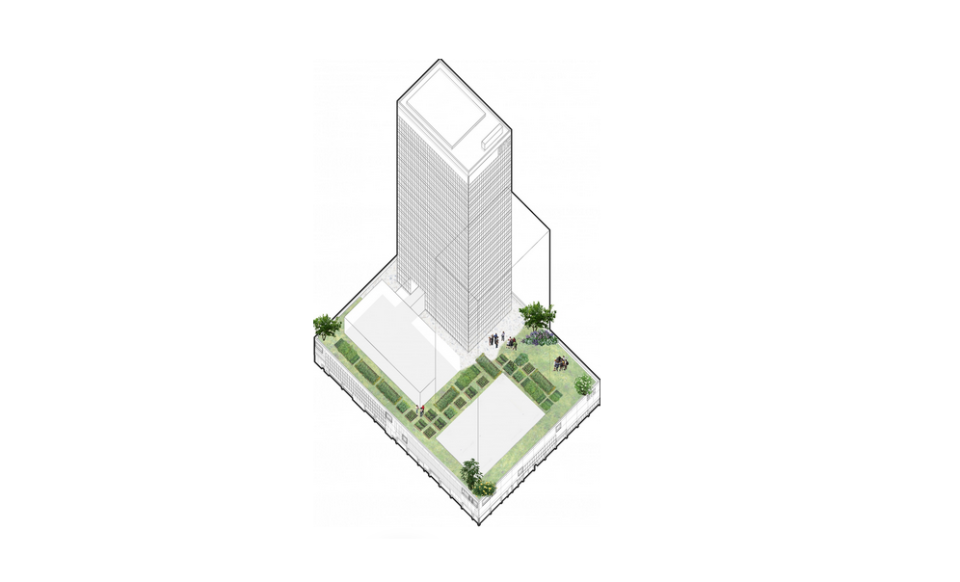 Timeline
The entire space (interior + terrace) will be available until December 31st, 2018.

Depending on the project, involvement and willingness of the candidates, Lab North will accompany the relocation of the activitie for the year 2019, for example on the WTC III base opposite WTC I and II, or in other areas of the North District.