Istanbul Urban Database is an accessible, interactive mapping platform for historians, architects, city planners and other researchers to examine and contribute to the collective memory of Istanbul. This project is a sustainable platform that blends a wide range of historical data, and is the most comprehensive online archive of Istanbul’s urban history. 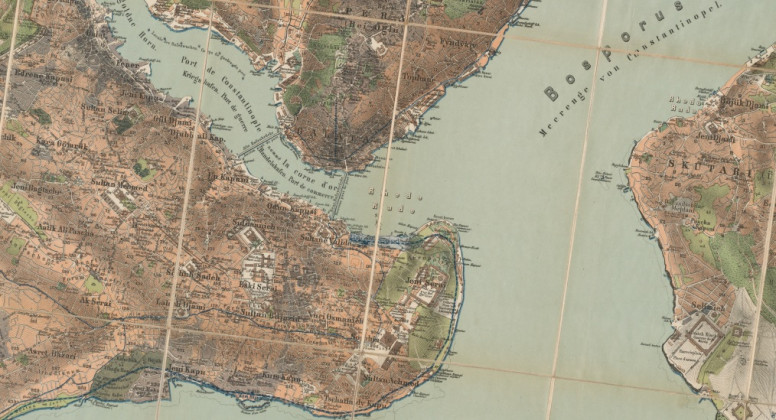 The project is an ongoing digital humanities project developed by Nil Tuzcu, a researcher at MIT Department of Urban Studies and Planning, and Harvard Mellon Urban Initiative. The project is being developed in collaboration with Professor Sibel Bozdogan, Gul Nese Dogusan Alexander, and Marysol Rivas Brito.

The platform presents a series of historical maps, aerial imagery, historical photos, geographical features like historical transportation routes, as well as many points of interest such as the historical beaches of Istanbul. Users can selectively examine historical maps or superimpose multiple maps with adjustable transparency values, and overlay georeferenced features to the base maps. The project also provides a tool for side-by-side comparison of two maps from different times, allowing users to examine in detail the changes took place over time. The Istanbul Urban Database can be used on its own or be integrated into other projects. This is a unique approach to history research: focusing not only on the examination of archives but also supporting seamless integration with ongoing historical research. An API is currently being developed for serving and exporting different layers, so that the database can serve an even wider range of interests and purposes.

The master plans layer presents the archive of Henri Prost, a renowned French architect and urban planner, who was invited to Istanbul by Mustafa Kemal Ataturk to develop the city’s master plan. Although Prost stayed briefly in Turkey from 1936 to 1951, his master plans had a long term impact on city’s redevelopment.

The spaces of everyday life category includes beaches, casinos, movie theaters and patisseries that reflect the modernization of Istanbul in the mid-century. This category also presents spaces that no longer exists.