Design in the Age of Planned Obsolescence

“All this happened before, and all this will happen again.”

This prophetic sentence—which is basically a different version of the more familiar history repeats itself—is the main idea of the character of Peter Pan, and of his imaginary world, created in early 20th century by Scottish author James Matthew Barrie. In the beginning of the century that followed, Battlestar Galactica, a US-made fictional TV series, was also telling everyone that all things that were then happening in a heterotypical universe had actually happened in similar ways before, revealing to us that history progressed not linearly, but in a circular fashion. 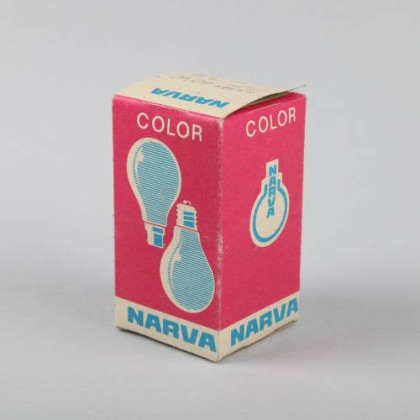 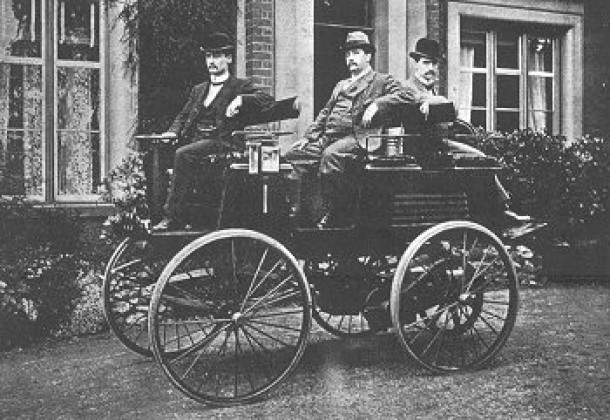 Manuel De Landa’s A Thousand Years of Nonlinear History argues that humanity does not proceed on a linear path, or in a permanently developed, more complex and/or “better” regime; but through certain breaking points, flowing in between paradigms shifts with autocatalytic processes. Inventions such as gun powder, compass, steam engine and water-powered clocks, which are believed to have changed societies deeply at the time, had already been discovered hundreds years ago, mostly by Chinese inventors. They were, however, used for different purposes, like entartainment, in accordance with the social and eco-political conditions of their respective societies. These inventions therefore did not have the substantially revolutionary impact that we today perceive them to have caused.

If we are to come to the present day through that lengthy introduction: In 2010, Warner Philips announced that he designed a LED bulb which would be able to work constantly for 25 years if it was used four hours every day for seven days a week. Then, in a sort of domino effect, stories began to emerge that companies such as GE, Panasonic and Philips have also produced similar products. Considering today’s bulbs, it appears as a revolutionary invention, isn’t it? In the meantime, however, a functioning incandescent light bulb celebrated its 110th birthday in 2011, at a fire station in Utah. This bulb, designed and produced by Adolphe Alexandre Chaillet in Shelby, Ohio, is being watched 24/7 by a security camera; and a special committee has been assigned to the maintenance and documentation of the bulb. The bulb has so far outlived two cameras. Putting saving energy aside as a topic for a future discussion, I can say that this small orb is putting up a stance –a light – that destroys the arguments that claim “incandescent bulbs have a short life span and that’s why they are not sustainable; so they should be replaced by high-technology bulbs.”

The secret of this special bulb may have died along with its inventor, but the bulbs invented by Edison and his contemporaries in the early days of the twentieth century could also function between 2,500 and 15,000 hours, a considerably long life span for that era. An interesting incident occurred 20 years after bulbs became widespread as a commercial product: world’s most famous and powerful bulb producers – Philips (Netherland), Osram (Germany), Tungsram (Hungry), General Electrics (USA), Compagnie des Lampes (France), Associated Electrical Industries (United Kingdom), Tokyo Electric (Japan) etc. – founded a cartel called “Phoebus” in Geneva in 1924. The aim of the cartel was reducing the life span of incandescent light bulbs to 1,000 hours in order to increase profits, as well as controlling and sharing the market. As one of the first victims of this planned obsolescence over the next two decades, the bulbs’ lifespan was downed to 1,000 hours, particularly in Asia, Australia and South America, following accelareted laboratory tests and severe pressure put on companies around the world. Imposing fines on companies which produce long-lasting bulbs was also one of the strategies adopted by this merciless cartel. In 1940s, the life expectancy of a bulb was eventually standardized at approximately 1,000 hours, and this was marketed as a huge success – “(The bulb) works for 1,000 hours!” The everlasting bulbs produced by Soviet Unions and East Germany were of non-existence for the other parts of the world, despite production policies the two were following that could be deemed as the anti-thesis of planned obsolescence, and despite these countries’ locations being right next to the advancing, open European market. Narva, the company which presented a new long-lasting bulb at the 1981 Hannover lighting fair, has been accused of shooting itself in the foot. And the company began to collapse, along with the Berlin Wall, as West Germany stockers refused to buy its products.

The notion of planned obsolescence, which is blatantly obvious in the example of incandescent light bulbs, continues to exist today in different forms. In 1950s, Cliffor Brook Stevens magnificently defined the phenomenon as “the buyer’s desire to own something a little newer, a little sooner than is necessary.” It is possible to examine this super-notion under three headings. First heading would be technical obsolescence; which means that when an entire product—or more frequently, only a single part is broken, the product is rendered useless due to the fact that repairing of the said product or the part costs more than buying a brand new one. For this type of obsolescence we have so many examples beside the bulbs; such as inkjet printers, computers, white goods, etc. As well as being the most important weapon accompanying advertisements and credit loans, this strategy was also one the methods followed by the U.S. to boost consumption following the Great Depression—itself caused by the wildness of supply, created by 1920s’ brutal capitalist conjuncture, overpowering demand. A product’s becoming obsolete/non-functioning is always a more driving push to replace it with something new, even more than what the new product offers us, and/or having the finances provided for purchase.

Secondly, the perceived obsolescence (or obsolescence in perception), which we colloquially call it going out of style, is the acceptance of an object as obsolete in the eye of the consumer – or consumer groups, communities, societies. A product (clothes, furniture, white goods or electronics) functioning properly is counted as past its expiration date when a newer model/version is released, prompting the consumer getting rid of it to buy the newer one. Cell phones we replace with the higher models, which are revealed every other year, are a characteristic example of this type of obsolescence. In this scenario, the production company can push the consumers to buy products in very short periods as long as it is able to convince them, without damaging concepts such as durability, longevity or quality that are tied to the product’s brand –or even without mentioning them. From fashion and automotive to white goods and electronics, keeping this most bizarre consumption curb in check does not seem possible under today’s conditions.

The final type of obsolescence can be named, in my own terms of definition, as technological obsolescence. A functioning object which is not technically useless in terms of design, or perceptively useless in terms of consumer, becomes inoperable after the company decides to discard it for no longer fitting in the firm’s technological progress. For example, previous models of Apple’s iPhone (iPhone 4 and before) are no longer capable of supporting the operating system which is developed by the company for its all products, and is, rather annoyingly, frequently updated. In another case, the CPUs released by Intel do not comply with computers produced some time back. Therefore, even if they are functioning, these products end up being discarded – or continue to live at our homes, in drawers or in boxes, as ghost products – and are eventually replaced with new versions just because a single part of them cannot catch up with the current technology. In addition to this, designing especially electronic devices (cameras, scanners, printers and more) as closed boxes that complicates or renders impossible their repair or the use of spare parts, as well as changing the accessories (battery charger) and socket types (screening adaptor) are also part of companies’ technological obsolescence strategies in order to make consumers adapt to their speed.

Obviously, neither design nor technology follow a linear regime that constantly develops and “improves.” Design, which is trying to proceed by adhering to the dynamics of commercial life, may be forced to unwillingly follow the rules imposed by the anti-market—an expression which De Landa borrowed from Braudel—and to redefine its relationship with technology in this context.

This is such a power that it can present a technology that was developed decades ago, such as electric cars, as a new concept. I certainly do not, through this, aim to cut out a victim costume for the designer; however, a designer, equipped with a knowledge and vision on criteria such as sustainability and suitability, can put all these aside in his/her business life and get stuck in the position of a contract laborer of the paradigm of planning obsolescence—one that keeps a temporary, fleeting and strictly-controlled relationship with technology. It is better to note that the psychological depression that this position forces upon the designer is worthy of a separate discussion.

It is maybe time to take on new positions through which we can save the nonlinear history flow, in which everything happened before and everything will happen again, from turning into a vicious circle; and to create new fractures that will thus transform it into a spiral structure. 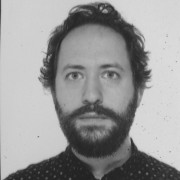 Gurpinar has earned his Ph.D. degree in Industrial Product Design from Istanbul Technical University (2014), after finishing his undergraduate studies in Electrical Engineering (2004) and graduate studies in Industrial Product Design (2008) in the same university. He has completed part of his graduate studies in HfK Bremen, Digital Media program. He has worked on Cultural Studies in Design, History of Design in Turkey and Globalization and Design. Gurpinar has previously thought courses in Art History, Contemporary Art and Design and Visual Communication in Sabanci University, Kadir Has University and Istanbul Bilgi University. He currently works as an Assistant Professor in Department of Industrial Product Design in Istanbul Bilgi University, Faculty of Architecture. His main research interests focuses on Design Foundation Studies, Visual Communication Techniques in Design, Urban Studies,History of Design, Issues of Globalization in Design and Design of Objects, Environments and Places of Play.