GonzaloGA has expanded and renovated a single-family house (built in the 1960s) in Malaga, Spain for new functional requirements.

The original house was designed to accommodate a family of 3 members and a service person. The new configuration of the house should contain a family of 4 members, a guest area, an independent apartment, a playground and the possibility of dividing the house into two separate units. 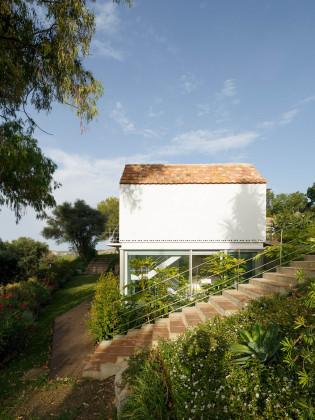 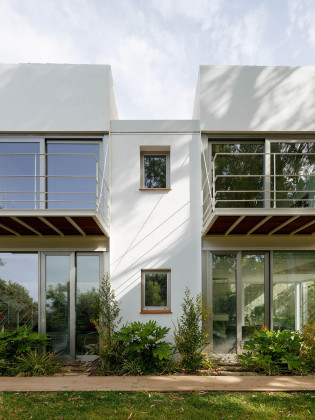 The biggest challenge posed by the reconstruction and rehabilitation of the house is the integration of a new area with more surface in the same pre-existing footprint. Due to the partial state of ruin it is necessary to demolish the eastern rectangular wing of the original house. The new construction must contain this new available space and multiply the built meters to accommodate the new programmatic needs. The spatial configuration is developed by concatenating successive blocks of program (kitchen, living room, bedrooms and bathroom) with the inclusion of an L block that houses an apartment with independent access. The reading of the blocks can be done through the volumetry expressed in the façade and roof of the house. 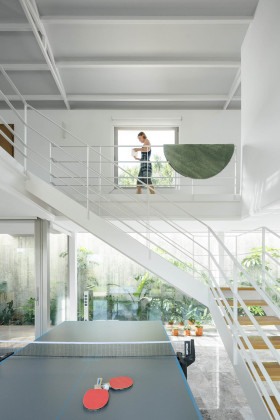 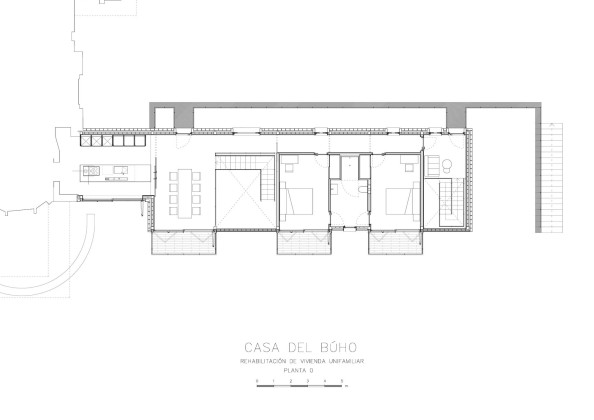 The most notorious modification occurs in the reconstructed east wing where the height is doubled (enabling a previously non-existent basement) and reconfigures to accommodate the new program. With the intention of creating a quality and functional basement, a tropical English patio that allows light to reach the basement is created. The glass envelope throughout this lower floor provides light and favors the reading of the continuous space, connecting the English patio with the garden to the south of the house. The new reconstructed wing has a formal and constructive duality, sharing aesthetics and similar solutions to the previous house in the entire north façade (arrival to the house), since it is in this area of the house where you can see both eras. This facade has been resolved with traditional construction techniques to achieve the integration of the new part with the old. On the other hand, the south façade takes advantage of the views and the sunlight by opening large windows, resolved with a constructive hybrid system between the traditional and contemporary construction techniques. The roof of the building is done with a structure of metal trusses whose inclinations vary in each block. Part of the new roof is made with the old tile recovered and the rest is completed with a flat tile similar to the preexisting, giving continuity to the language of the original house.