Layers of Time reflect different essential time points with buildings and their natural environment. The exhibition focuses on Göbeklitepe, located near the Örencik Village of Şanlıurfa and Makrevis Village (mansions Quarter) in the Çamlıhemşin district of Rize. These two regions, which are among the important cultural heritages of Turkey, point to different layers of time. Göbeklitepe considered the zero point of time, is located among the yellow hills of Şanlıurfa, while Makrevis mansions appear at the top of a green valley. These two regions, which have very different landscapes and construction styles, come together at the same point of acting as a whole with their topography.

Göbeklitpe consists of temples that reflect the belied world of prehistoric people. These stone structures of temples, which had been hidden under the yellow hills of Şanlıurfa for 12000 years, reappeared with rediscovery of region. With the district's opening to visitors, the paused time of the temples began to flow again and live with the visitors.

Although the Göbeklitepe excavation site is hidden inside the hills and intertwined with the colors of topography, it has been observed that the new architectural intervention strengthened its atmospheric effect. The protection roofs of the site rising above the hills with their spaceship-like shapes invite visitors to see the temples that lurk beneath them. The contrast between the antiquity of temples and the novelty of the protection roofs disappears with the sunset, and these spaceship-like shapes of eaves become one with the hills until the next day rises.

Contrary to the yellow topography of Göbeklitepe, Makrevis mansions are located in green forests. Thanks to the natural materials chosen during the construction of Makrevis mansions, they turn into organisms that breathe and live with them, just like their inhabitants. These buildings, which do not lack clouds at the top, become invisible from time to time and continue to watch the valley with the shining sun from time to time. Despite these climatic conditions, the standing of these houses, built in the early 1900s, perhaps depends on the choices of breathing materials and their unity with the inhabitants. The region's topography and the culture of the local people have an important place in the design of these houses, which are usually built far from each other. One of the main reasons for this distance is the region's rugged topography. Results of this distance and the region's harsh climate, guest rooms are very significant in the mansions. The fact that the buildings are quietly hidden in the green forest causes us to lose the concept of time. However, with the sounds of birds singing various times of the day and the sounds coming out of the mansion, a new idea of time emerges.

*Makrevismansions's photographs in the exhibition, were produced for the project titled "Reconstruction of the Village in the 20th Century after the Migration of the Hemshens to the Russian Empire; The Example of Makrevis Village (Konaklar Quarter)". This project, carried out by Hacer Bozkurt and Ilgın Yeşim Eldeş, was supported by Salt research funds in 2021. 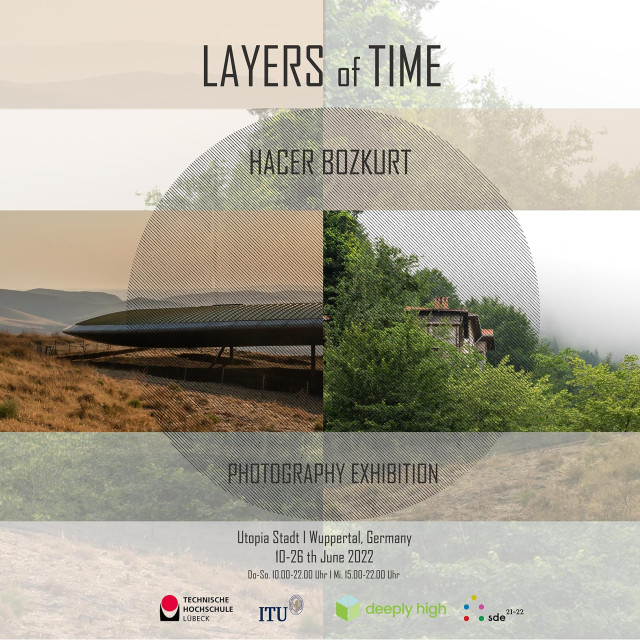